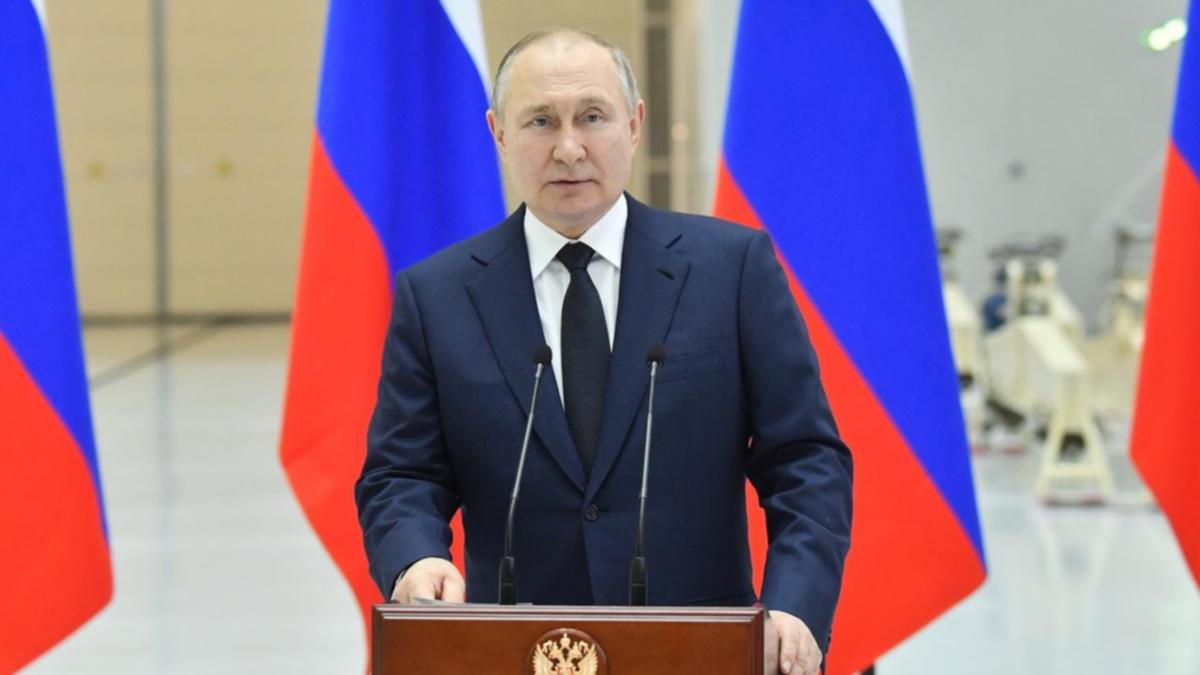 President Vladimir Putin has defended Russia’s assault on Ukraine in a rare public appearance, the first time he has addressed the conflict since Moscow withdrew its forces from northern Ukraine after they were halted at the gates of Kyiv.

State television on Tuesday showed Putin visiting the Vostochny space base in Russia’s Far East, accompanied by his ally, Belarus President Alexander Lukashenko, to mark the anniversary of the Soviet success in launching the first manned space flight.

Asked by Russian space agency workers if the operation in Ukraine would achieve its goals, Putin said: “Absolutely. I don’t have any doubt at all.”

“Its goals are absolutely clear and noble,” Putin said. “We didn’t have a choice. It was the right decision.”

Putin said Russia’s main aims were to protect the Russian-speaking people of Donbas in eastern Ukraine and to end Ukraine’s position as a centre of nationalistic anti-Russian feeling.

Putin, who had been ubiquitous on Russian television in the early days of the war, had largely retreated from public view since Moscow pulled its forces out of northern Ukraine this month.

His only public appearance in the past week was at the funeral of a nationalist MP, where he gave brief remarks and did not directly address the war. On Monday he met the visiting chancellor of Austria at a country residence outside Moscow but no images of that meeting were released.

The West casts Putin’s war as a land grab of a sovereign country. Putin calls it a “special military operation” to disarm Russia’s neighbour, describing Ukraine as a puppet of the United States.

In Tuesday’s remarks, he appeared to draw an analogy between Cosmonaut Yuri Gagarin’s first space flight 61 years ago and Russia’s defiance of Western economic sanctions today.

“The sanctions were total, the isolation was complete but the Soviet Union was still first in space,” said Putin, 69, recalling his own wonderment as a schoolboy learning of the achievement.

“We don’t intend to be isolated,” Putin said. “It is impossible to severely isolate anyone in the modern world – especially such a vast country as Russia.”

Lukashenko also dismissed the impact of sanctions: “Why an earth are we getting so worried about these sanctions?” he said.

Russia’s Cold War-era space successes, especially Gagarin’s flight and the 1957 launch of Sputnik 1, the first artificial satellite, were depicted by Soviet leaders as proof of their system’s superiority.

Last year, Russia’s nominal GDP was just $US1.6 trillion ($A2.2 trillion) – smaller than Italy’s – and only about seven per cent of the $US22.9 trillion US economy. Russia’s economy is on track to contract by more than 10 per cent in 2022, worst since the years following the 1991 fall of the Soviet Union, former finance minister Alexei Kudrin said on Tuesday.

How Darktide crafting lets you upgrade your weapons and…