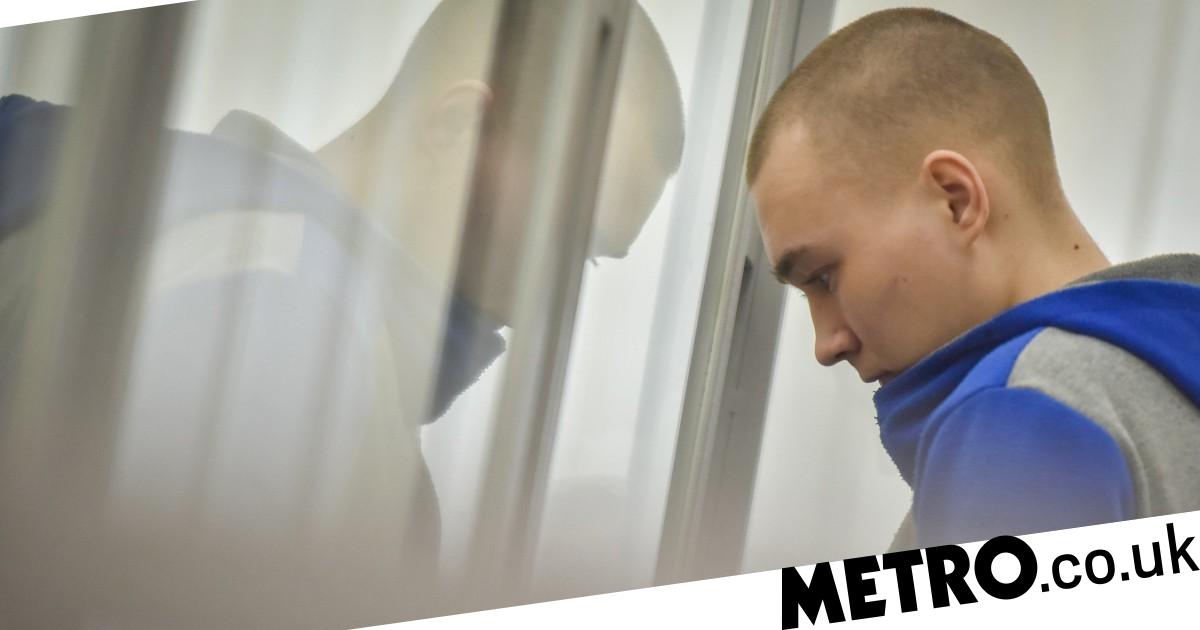 A Russian soldier has been sentenced to life in prison for the killing of a Ukrainian civilian.

Sergeant Vadim Shishimarin, 21, was accused of shooting an unarmed civilian with a Kalashnikov assault rifle through an open car window.

He had been fleeing the village of Chupakhivka with four other soldiers in a stolen car, after they were targeted by Ukrainian forces on February 28.

The group had passed 62-year-old Oleksandr Shelipov, who was pushing a bicycle by the side of the road and talking on his phone.

Shelipov was shot in the head and ‘died on the spot a few dozen metres from his home’, according to prosecutors.

Shishimarin pleaded guilty to murder during an appearance in court last week.

But he argued that he only shot the man after being ordered to do so.

Today, while he was said to have ‘expressed remorse’ a court in Kyiv ‘could not accept his claim he had not meant to kill Shelipov when he fired at him, the Guardian reports.

Shishimarin was jailed for life and bundled into a police van shortly around midday.

Asked on Friday if he was guilty of the allegations, including war crimes and premeditated murder, the soldier responded ‘yes’.

But he insisted that his victim, who was speaking on his phone, could have been leaking their location to the Ukrainian forces.

Shishimarin’s sentencing marks the first war crime-related trial since the invasion of Ukraine.

Authorities say they have registered more than 10,000 war crimes across the country.

President Volodymyr Zelensky this week urged for as many people to be held accountable as possible for atrocities committed during the war.

In a speech on Friday evening he said ‘prosecution of all Russian war criminals’ was a vital step for the world to come together to support.

He added trials were needed ‘in the Ukrainian courts, in the international tribunal and just on the battlefield while the war continues’.

Vladimir Putin and his Russian troops have repeatedly denied targeting civilians or having any involvement in war crimes.

This is a breaking news story, more to follow soon… Check back shortly for further updates.

Got a story? Get in touch with our news team by emailing us at [email protected] Or you can submit your videos and pictures here.