Russia’s economy holds up in the face of sanctions – but will it last? 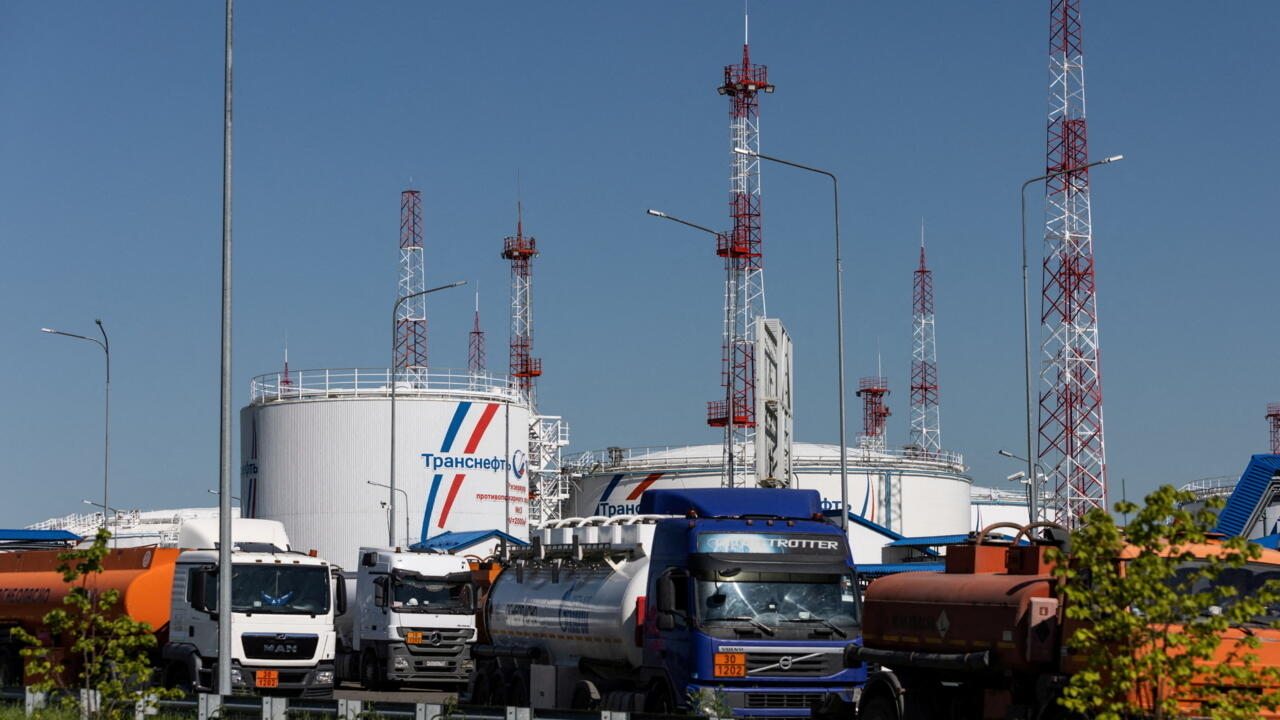 The Russian economy has held up surprisingly well in the face of Western sanctions designed to cripple it – with the rouble becoming the world’s best performing currency so far this year. Soaring oil prices have once more proven a boon for this fossil fuel-dependent economy. Beneath the surface, however, supply shortages in some sectors are starting to take a heavy toll.

Russia’s rouble surged to a seven-year high against the dollar on the Moscow Exchange on Monday, as the currency has confounded expectations to become the best-performing currency in the world this year.

Vladimir Putin was keen to emphasise this in his address to the St Petersburg International Economic Forum, until now a symbol of post-Soviet Russia’s economic ties with the West, on June 17. The “blitzkrieg” of Western sanctions was “stupid”, the Russian president said. But they have “failed”.

Along with allies like the UK, Australia and Japan, the US and EU have imposed colossal sanctions on Russia for its February 24 invasion of Ukraine – including the unprecedented freezing of some $300 billion in Russian foreign currency reserves which Moscow thought would be an insurance policy against Western pressure.

But while the Russian economy is holding up well, analysts say the worst is yet to come for Moscow.

A week after Russia invaded, provoking a swift storm of sanctions, the rouble had fallen to its lowest level ever against the dollar and euro. By depriving Russia of that colossal arsenal of foreign currency reserves, the West deprived it of a fundamental means of holding up its currency’s value.

The Russian Central Bank countered, however, by raising interest rates to 20 percent and imposing dramatic capital controls on companies and citizens alike.

The soaring rouble shows the Russian Central Bank is succeeding. The currency’s high value is “undeniably a political blessing” for Russia, said economist Julien Vercueil, co-president of INALCO University in Paris. “At the outset of the war Moscow really feared a financial panic that would spark runaway inflation and permanently undermine people’s confidence in the rouble. They’ve averted that risk for the time being.

“On the other hand, the rouble’s current value is so high that Russian-made products are uncompetitive against foreign competitors in terms of price,” Vercueil continued. “That may complicate the import substitution policy Putin has called for.”

The gift of oil

Periods of high oil prices have long offered Moscow a bonanza. It allowed the USSR to conceal its economic weakness and give its citizens unprecedented living standards under Leonid Brezhnev in the 1970s and under Putin in the 2000s, who nursed the Russian economy back to health after the calamity of the 1990s.

This phenomenon is playing out again, with hydrocarbons still making up over 60 percent of the fossil fuel-rich country’s exports.

Amid surging oil prices, Russia received €93 billion in fossil fuel exports during the war’s first 100 days, according to a report by the Helsinki-based Centre for Research on Energy and Clean Air published in June.

For all the tough talk in EU capitals – and for all the pressure exerted by Kyiv – the report found the EU accounted for 61 percent of Russian hydrocarbon exports, amounting to about €57 billion.

Germany has been a major importer of Russian gas ever since Brezhnev was in the Kremlin. Accordingly, Berlin rejected in early April an EU ban on Russian gas imports.

However, the EU included a gradually imposed embargo on Russian crude oil and petroleum products in its sixth round of sanctions adopted in early June, with the expectation of cutting these imports by 90 percent by 2023.

Russia accounts for more than 11 percent of global oil production, so the EU embargo risks further jacking up the price at a time of rampant inflation. But the ban will be a potent weapon for the EU to wield against Moscow, said Philippe Waechter, head of economic research at French financial services firm Ostrum Asset Management.

“This is an absolutely crucial measure because it’s oil that’s allowing Russia to hold out in this war,” Waechter put it. “People talk a lot about Russian gas because Europe is very dependent on it and that gives Russia significant leverage. But oil brings in three times more money than gas to Russia, so [the EU] can really make a difference here.”

Russia’s financial services sector has so far cushioned the impact of Western sanctions. But much of the manufacturing sector has been hit hard – notably the automotive industry, which in April saw an extraordinary 78.5 percent year-on-year plunge in vehicle sales.

This was a consequence of international companies like Mercedes-Benz, Volkswagen and Renault leaving and indeed the Western embargo on electronic components at a time of global shortages.

In a context of “very strong” post-Covid demand for manufactured goods, some Chinese factories are “still operating at a slow pace, for instance in the Shanghai area, which is still affected by the pandemic”, Waechter noted.

“For other big Asian producers of electronic components such as Japan, South Korea and Taiwan – which have very good relationships with the West – supplying Russia with components is not exactly a top priority,” he added.

Faced with the same supply disruptions, Russia’s aviation industry has also had to deal with the EU, US, UK and Canada closing their air space to Russian planes which has considerably disrupted air travel while sending Russian ticket prices skyrocketing.

Nonetheless, official figures for April show that it’s not just sectors like oil and mining that are holding up relatively well in Russia –they recorded tiny year-on-year output declines of 1.6 percent and 2.1 percent respectively – but so too the pharmaceutical and beverage industries which registered double-digit growth.

But Vercueil questions whether Russia’s economic resilience is sustainable. “For the moment, official figures aren’t showing a sharp overall drop in production; the initial impact of sanctions has been more or less absorbed, despite a significant spike in inflation,” he said. “But in the medium to long term, Russia’s decoupling from Western economies will have serious consequences for its living standards and technological capabilities. The relationship with some Asian countries can limit the damage – but in my view it won’t be enough to fully compensate.”

“Russia is cushioning the stock today – but what about its ability to rebound?” Waechter added. “Not only is this war monopolising state revenues, it’s also depriving Russia of the technology transfers Western companies provide. This represents a major innovation deficit, one that Moscow will have a hard time making up unless it considerably increases its dependence on China.”

Russia’s economy ministry said in May that it expects a recession of 7.8 percent to 8.8 percent in 2022, before returning to growth the following year through a “structural transformation” across the economy. That would be the country’s largest annual fall in GDP in the last two decades.

This article was translated from the original in French.