Ryan’s World: How a kid in Hawaii became a YouTube millionaire 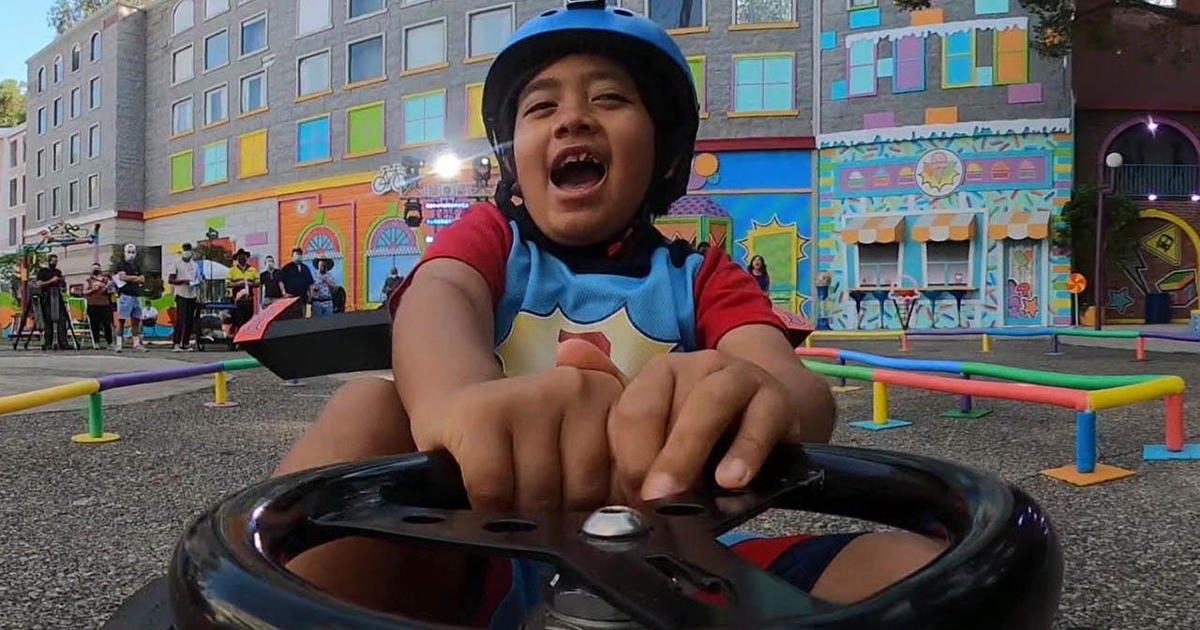 It’s a typical Sunday afternoon for the Kaji family, of Honolulu, Hawaii. They’re playing a game, recording it on mom’s phone, having fun. But what’s not typical is that, when they’re finished, they’ll send the video to a production team in Houston, who will edit and package it as part of a multi-million-dollar kid’s entertainment empire, known as “Ryan’s World.” Their content on YouTube gets billions of views per month.

They’ve also got a TV show on Nickelodeon, “Ryan’s Mystery Playdate,” and of course, the licensed toys – so many toys! – all of it generating, by some estimates, over $25 million a year, making the Kajis some of YouTube’s highest earners.

And it all started out, more or less by accident, when Ryan was just three. “When I first put up the video, I didn’t think anything of it,” said Loann Kaji, Ryan’s mom. “And I tried to share it with my friends and family, ’cause, you know, we both have a lot of family members outside of U.S.”

But today, that video of Ryan playing with toys, meant for relatives, has over 52 million views:

Correspondent Luke Burbank asked Ryan’s dad, Shion,”Did you have any theories as to why it was that these videos that you were making were so popular?”

“I think the authenticity is definitely the number one factor,” he replied, “probably mostly because we film at home and we don’t have script, line by line.”

Before long, Shion and Loann quit their day-jobs to start a family YouTube business, which eventually, led them to Kerry Tucker, chief marketing officer at Pocket Watch, a sort of old-school Hollywood studio system for a very new-school kind of content.

“We take the world’s biggest YouTube kid stars and turn them into global franchises,” Tucker said. “This generation, this Generation Alpha, only knows a world with YouTube and mobile devices. The way we think about it is, Pocket Watch wants to be everywhere the kids are.”

You might think a kid with his own line of toys and more daily viewers than most TV networks might let it go to his head. But it turns out Ryan is just like lots of other 10-year-olds. Mostly he wanted to talk about the video games he likes.

Burbank asked him, “So, you’re a big, like, Roblox, Minecraft guy?”

“Do you have any advice for me as a broadcaster about how I can get more people to watch the stuff that I’m making?”

“I guess – hmmm, I think you should just, like, keep doing it and wait it out,” Ryan replied. “And eventually maybe it’ll blow up. I mean, YouTube is kind of partially luck.”

“Partially luck? How do you mean?”

“‘Cause people, like, have to find your videos. And then it gets on a lot of people’s recommended and stuff,” he said.

Burbank asked, “Would you mind recommending my show on one of your videos, try to help us out?”

“It’s called ‘CBS Sunday Morning.’ Can you work that into one of your videos?”