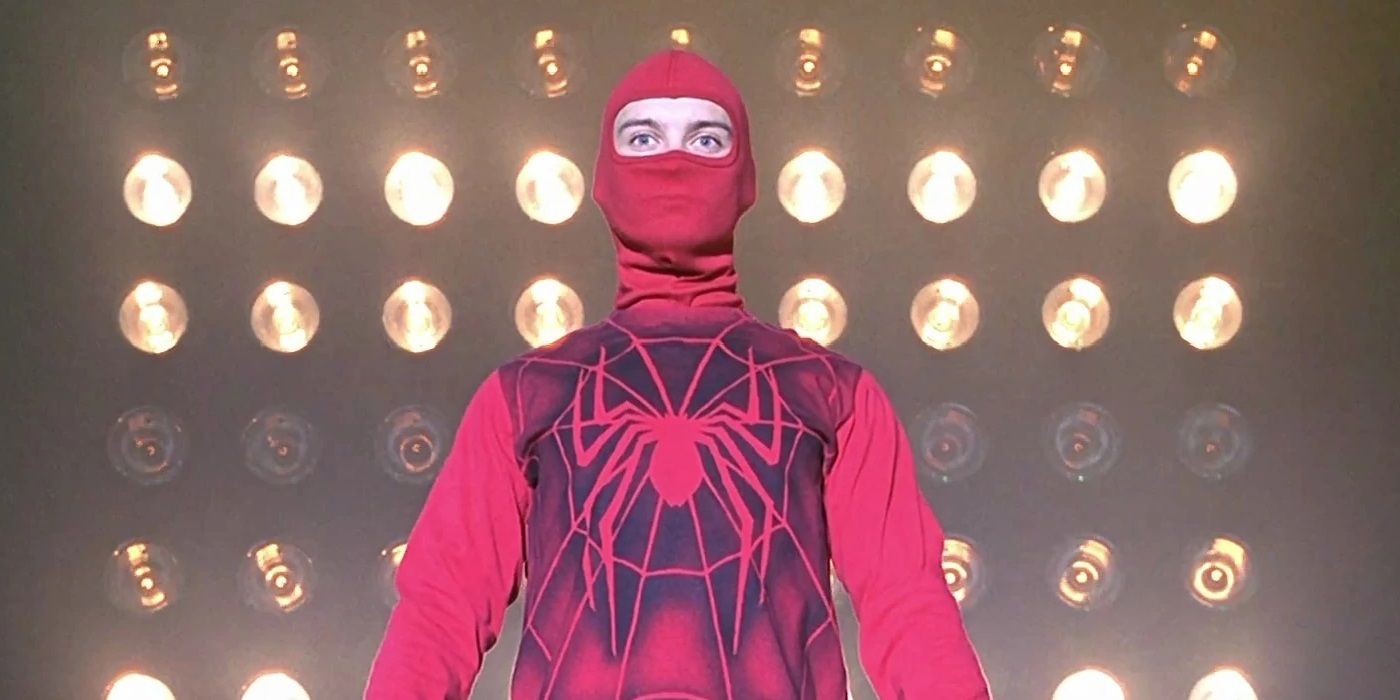 A television channel in the United Kingdom seemingly edited out a homophobic line from director Sam Raimi’s first Spider-Man film.

Shared on Twitter by user @PaperPlaneTF, the video shows the scene in Spider-Man (2002) where Tobey Maguire’s Peter Parker first enters the wrestling ring. In the original release, Peter says to his opponent, known as Bone Saw, “That’s a cute outfit, did your husband give it to you?” In the version playing on UK television, he just says, “That’s a cute outfit.”

Directed by Sam Raimi, Spider-Man was the first film in Sony Pictures’ original trilogy based on the Web-Slinger, which was followed by Spider-Man 2 in 2004 and Spider-Man 3 in 2007. Raimi, who is no stranger to superhero movies, most recently served as the director for Marvel Studios’ Doctor Strange in the Multiverse of Madness. Though he ultimately returned to the genre for Multiverse of Madness, the director previously stated that, following the “awful” reception of Spider-Man 3, he had sworn off directing superhero movies entirely.

“I didn’t know that I could face it again because it was so awful, having been the director of Spider-Man 3,” Raimi said in a September 2021 interview. “The Internet was getting revved up and people disliked that movie and they sure let me know about it. So, it was difficult to take back on. But then, I found out that there was an opening on Doctor Strange 2. My agent called me and said, ‘They’re looking for a director at Marvel for this movie and your name came up. Would you be interested?’ And I thought, ‘I wonder if I could still do it.’ They’re really demanding, those types of pictures. And I felt, ‘Well, that’s reason enough.'”

Multiverse of Madness wrapped extensive reshoots in January 2022, which were described as “significant” when they began in November 2021. The additional material was helmed by Raimi and Loki head writer Michael Waldron. Raimi took over directorial duties from Scott Derrickson, who directed the first film and departed the sequel over creative differences.

Following the success of Spider-Man: No Way Home, it was reported that Multiverse of Madness would have “more fun with the multiverse,” with reshoots including even more cameos and character introductions than originally intended. Multiverse of Madness will pick up after the events of Spider-Man: No Way Home and tie directly into two of Marvel’s Disney+ series, WandaVision and Loki, both of which dealt heavily with the multiverse.

Doctor Strange in the Multiverse of Madness is currently slated to release on May 6, 2022.

Pictured: Ukrainian mother, 27, and her three-month-old baby killed in missile strike on Odesa