Samsung Frame TV Is $500 in the Memorial Day Sales Today 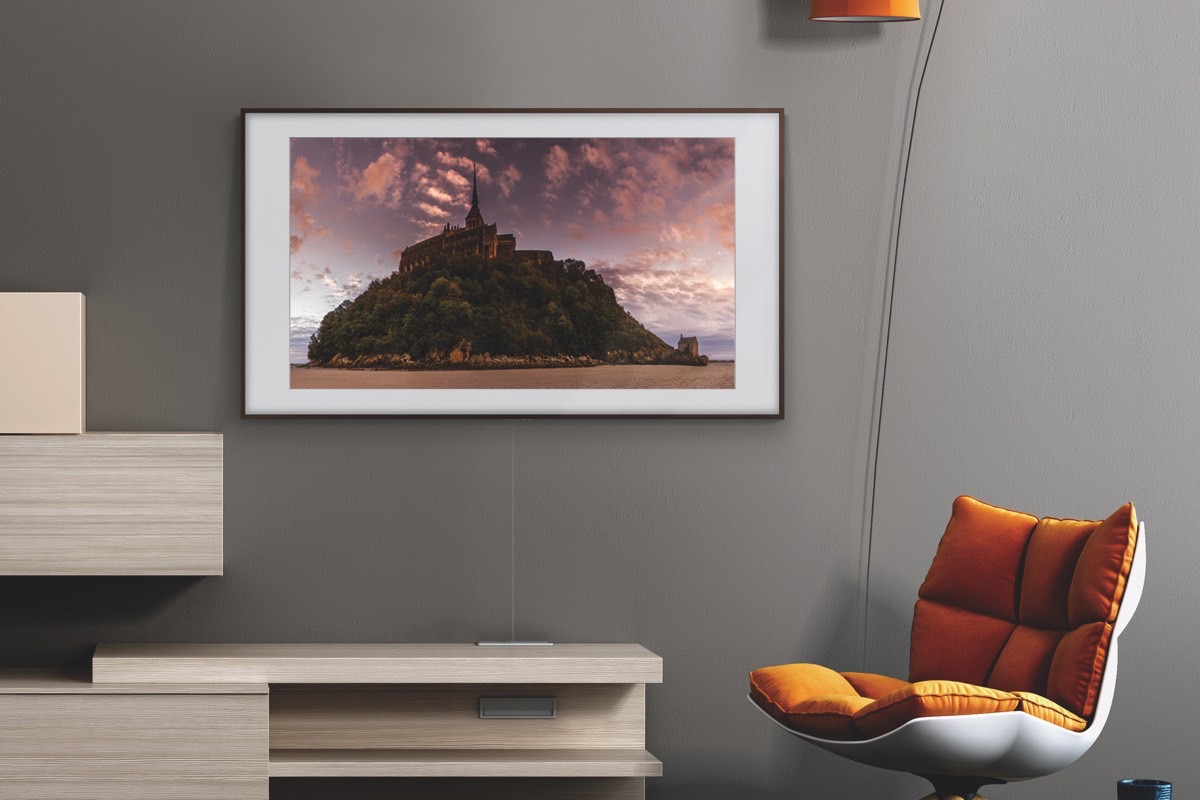 If you’re a fan of sci-fi, you’re probably familiar with the ubiquitous TV screens that blend into the environment and often look like a painting, hiding their true nature until they’re turned on. Well, that’s no longer sci-fi with Samsung’s Frame TV, which was first released in 2017, and now with their 2022 iteration, which makes them thinner than ever. Of course, they are quite expensive, but Samsung has discounted the 2020 versions as part of its Memorial Day TV sales, with pricing starting from just $500.

While the original Frame was quite thick, the 2020 version is still surprisingly small, making it pretty good at blending into its surroundings. Even better, Samsung offers a variety of different magnetically snapping covers to help match the color of the wall or room, and they even have a special stand that looks like an easel, further cementing the look and feel of a painting. All this is to say that the Frame does an excellent job of turning a huge black square of a switched-off TV into an art piece and something nice to look at. You can even buy into Samsung’s Art Store subscription for $5/month to gain access to thousands of art pieces for your screen to show, although you can certainly add your own, including personal photos, so that it functions as a digital album.

As a TV, it’s also pretty great, using the same QLED technology that you’ll find on their other higher-end TVs. The resolution on the only 1080p (Full HD), though, which is understandable given the smaller size, although you can get 4K Ultra HD if you go for one of the bigger sizes, like the 43-inch model, which is also currently on sale. The larger size also provides 144Hz refresh rate and AMD Freesync Pro, which is great for both console and PC gamers. Either way, both screens have HDR, run on the Tizen smart TV platform, and have integration for Bixby, Alexa, and Google Assistant.

Overall, the Samsung Frame is a pretty interesting TV, and with the discount from Samsung bringing the price of the 32-inch version down to $499 from $599, it makes for a reasonable purchase, perfect for a kitchen or dining room. That being said, if you want a more traditional TV in a similar price range, there are plenty of other fantastic TV deals happening today in the Memorial Day sales. You’ll need to hurry, though: The best offers expire just before midnight, so time isn’t on your side.

Gary Martin: The real reasons you didn’t get promoted