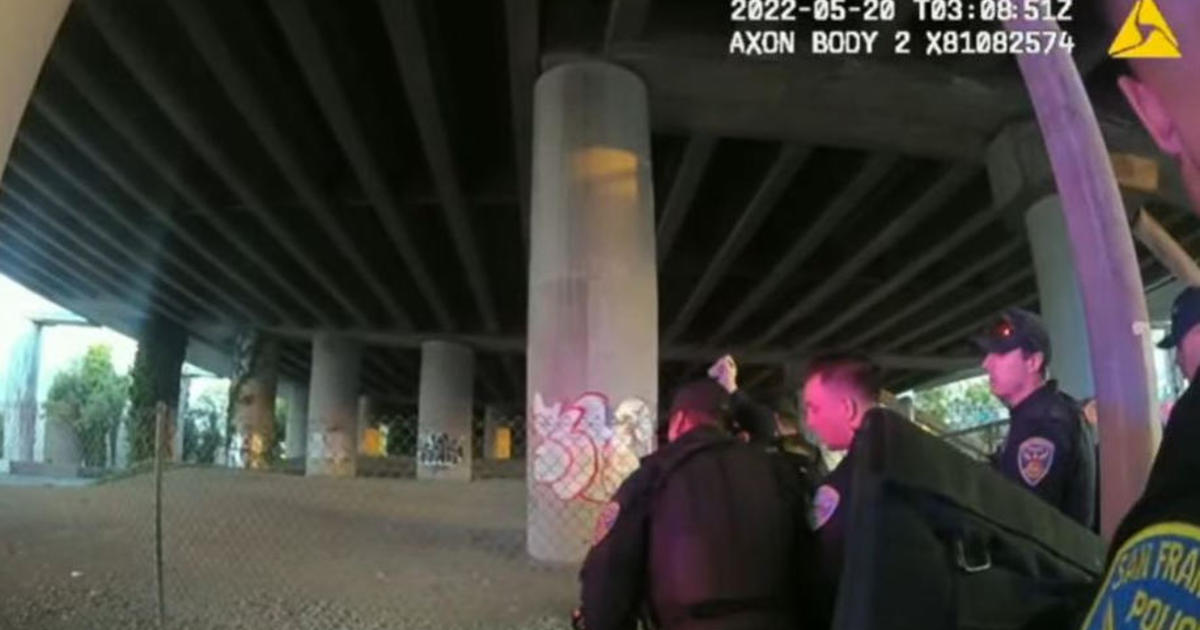 The shooting happened on May 19 under the Interstate Highway 280 overpass near Mariposa and Owens Streets bordering the city’s Dogpatch and Mission Bay neighborhoods.

During a virtual town hall meeting, San Francisco police said officers had responded to a fight between two men at a homeless encampment. Officer bodycam video released showed the men struggling on the ground and one was armed with a knife.

Video from several angles shows officers crowded around the men at the scene and giving repeated commands to drop the knife. Less-than-lethal projectiles were fired before officers opened fire with their service weapons.

Enhanced video from one of the bodycams showed one man wielding the knife over the other’s head while on the ground at the moment officers began shooting. Both men were hit; one died at the scene while the second died at a hospital. They were identified as Michael MacFhionghain, 57, and Rafael Mendoza, 49.

On Friday, police investigators tried to explain why the officers fired their weapons.

“Within seconds, Mr. MacFhionghain again brought the knifepoint up. Then down toward Mr. Mendoza in a stabbing motion at least two times, while officers continued to give commands to drop the knife,” said police Cmdr. Paul Yep.

Police said the department would not draw any conclusions as to whether officers acted consistently with police policy until a full investigation is completed.

The California Department of Justice said it would investigate the shooting and is treating the officer-involved shooting as a qualifying event under Assembly Bill 1506 because of the uncertainty of the shooting.

AB 1506 requires the state Department of Justice to investigate any officer-involved shooting when it results in the death of an unarmed civilian. AB 1506 went into effect July 1. More information about AB 1506 can be found at https://oag.ca.gov/ois-incidents.

At the time of the shooting, Police did not say why officers opened fire and did not specify whether both men were shot by police, saying in a press release, “During this contact, an officer-involved shooting occurred.”

CERT-In’s requirements may make it difficult to do business in India: Business groupings