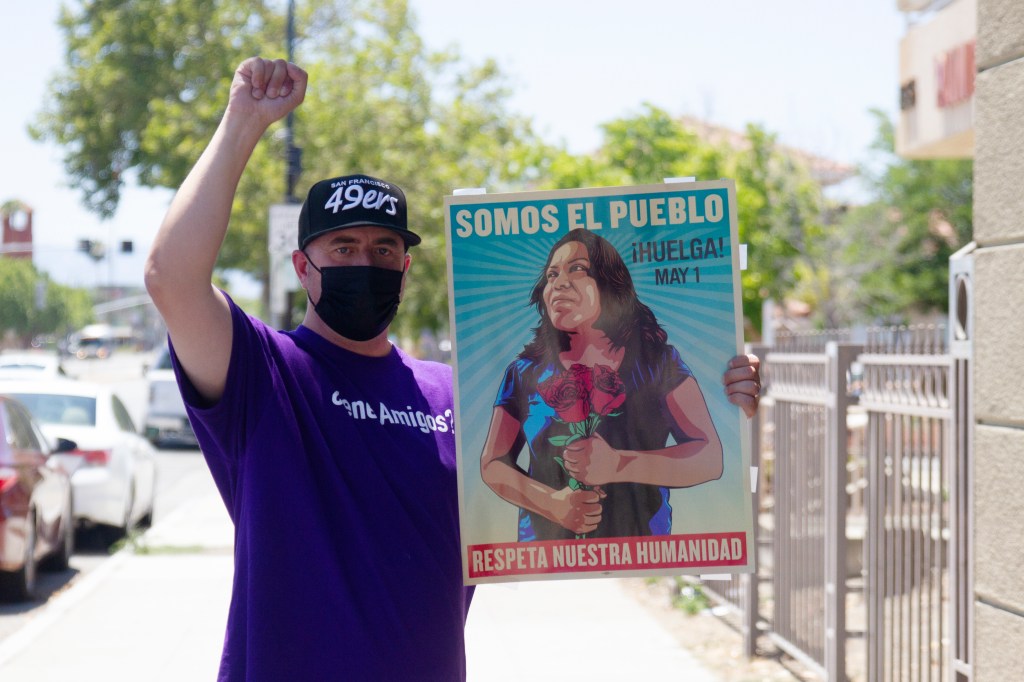 Editor’s note: This story is part of the annual Mosaic Journalism Workshop for Bay Area high school students, a two-week intensive course in journalism. Students in the program report and photograph stories under the guidance of professional journalists.

In a primary election with dismal turnout in Santa Clara County, in which only about a third of eligible voters cast a ballot, even a smaller portion of Latino voters made their voices heard.

Only 27% of registered Latinos in the county voted in the June 7 primary election, marking the lowest turnout among any ethnic or racial group in the region, according to the Pew Research Center.

Fabiola Ramirez, a 22-year-old Latina resident of San Jose, didn’t vote in the election.“I chose not to vote because I wasn’t too aware or informed of the policies that were being advocated,” Ramirez said.

She has voted in the past when she was enrolled at San Jose State University, where teachers and students often discussed the issues and the need to vote.

“I was in college when I did vote so I think it was more talked about within class,” she said.

One Latino activist in East San Jose was saddened and disappointed about the low Latino turnout in the primary election, though not shocked.

“It’s a very working-class community. People work two, three jobs,” Barrousse said of Latinos overall. “When you’re working, you’re not able to participate, or have the time to educate yourself about what’s on the ballot.”

Among all registered voters, turnout in the county was 33.4%, according to the Santa Clara County Registrar of Voters, a showing that alarmed some political experts

Born and raised in San Jose, he voted in the June primary. Martinez is a San Jose State graduate who studied political science. He has voted in every election since registering five years ago, and he even ran for a seat on a local school board.

“I chose to vote because I’m lucky enough to know a lot of people on the ballot,” Martinez said. “I’m very lucky to be involved in the community and just know what’s going on,” he said.

Martinez, who pays close attention to local politics, said there should be more publicity targeted at Latinos about elected officials in San Jose.

“By having some sort of educational way of doing it, maybe in a commercial or a commercial between novelas or soccer games,” Martinez said.

A 16-year-old Hispanic student at Santa Clara High School, Ortiz has registered to vote — even though they can’t actually cast a ballot for two years.

Ortiz said that not many Latino students are interested in voting because they’re in households that don’t often talk about politics.

“Hispanic families aren’t really interested in that, not because they don’t care but because that’s not something they really pay attention to.”

More Latino residents, however, would be more likely to vote if they saw more representation in candidates who have experienced similar struggles to theirs, Barousse said.

“When people see candidates who look like them, speak the same language, share the same culture, same values as them, it would help,” Barousse said. “It does particularly add to voter turnout.”

Ramirez also hopes to see more political rallies and more campaigning in Latino communities by the candidates who run in future elections.

“Our community wasn’t aware that it was happening, or even who was running,” she said of the most recent election.

This fall, Barousse and his team from Amigos de Guadalupe will partner with non-partisan organizations such as the League of Women Voters to help guide Latino residents during elections.

“We hope to do some candidate forums to help inform the community about the candidates running and who best aligns with their values,” Barousse said.

“We can’t tell people who to vote for, but we certainly can give people voter education to help them make informed decisions.”

Powell: Fed must convince public it can tame inflation