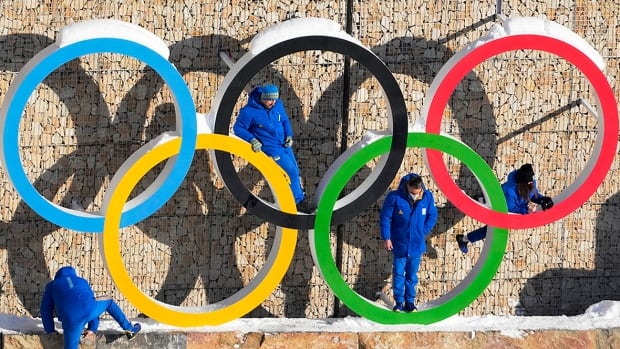 Japan’s northern city of Sapporo on Monday rejected holding a referendum to give voters a choice over bidding for the 2030 Winter Olympics.

The city’s assembly, controlled by Japan’s Liberal Democratic Party — which is also in charge of the national government — turned down having a public vote. Its meeting was streamed online.

Sapporo is known to be one of at least three candidates interested in holding the 2030 Winter Games. The others are Salt Lake City and Vancouver. Spain has also expressed interest.

Salt Lake and Vancouver are not requiring referendums. One of the complications of a Spanish bid is a push to hold a public vote.

When voters in other cities have been given a choice, they have consistently rejected holding the Olympic Games, often citing costs and disruptions.

Sapporo officials have said there is no need for a referendum since its polling shows 52 per cent to be in favour of an Olympic bid.

WATCH | What you should know about Vancouver’s 2030 bid:

On tonight’s Breakdown: Time to bring the Olympics back to Canada? How an Indigenous led bid wants to make Vancouver 2030 a reality

Hitoshi Murakami, a member of the Japanese Communist Party that proposed the referendum, said the poll results were skewed since the survey was held shortly after the end of last year’s delayed Tokyo Olympics.

Games to be awarded next May

Tokyo Games costs have been placed at $13.6 billion US, the majority of which was public money. Several government audits have shown the official cost to be much higher.

The International Olympic Committee is expected to award the 2030 Olympics in meetings next May in the western Indian metropolis of Mumbai. It could also award the 2034 Winter Olympics.

Sapporo has placed the cost of staging the Winter Olympics at $2.6 billion, although accurately estimating costs almost eight years in advance is impossible. In addition, Olympics routinely run over budget.

Sawako Ishikawa, an assembly member who spoke in favor of the referendum, said people should be allowed to express their views on an event that’s crucial for the city’s spending and image.

Paris is host for the 2024 Summer Olympics, with Los Angeles taking 2028 and Brisbane, Australia, set for 2032. The 2026 Winter Olympics are in Milan-Cortina d’Ampezzo.

Monkeypox signs and symptoms: What to look for and how it spreads

Today at the World Cup – another milestone, another goal for Messi