Saturday Night Live brought Pico Rivera to the nation in a skit, some aren’t happy about it, here’s why 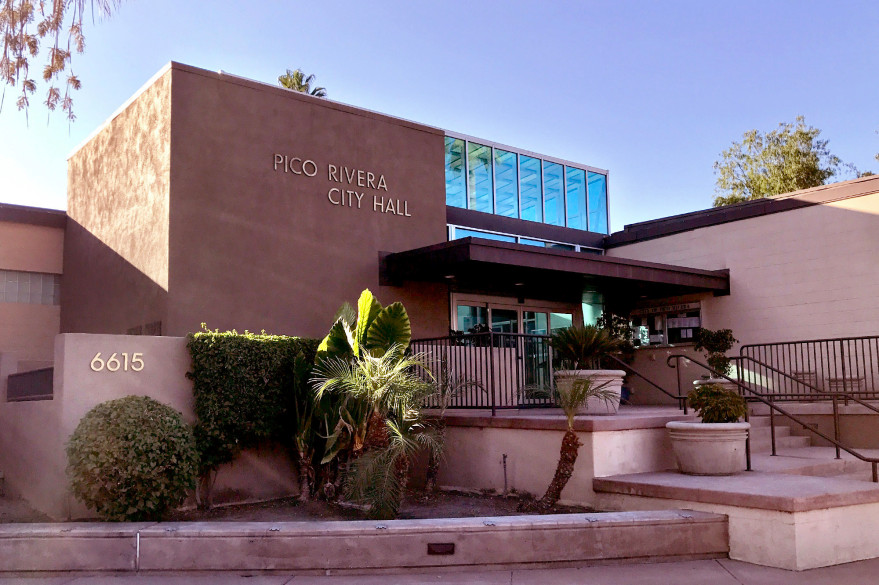 A skit on last weekend’s Saturday Night Live show about Pico Rivera has drawn the ire of some residents and city officials who say it unfairly stereotyped their city in its parody of cholas.

In the skit, Selena Gomez and Melissa Villaseñor, a former Whittier resident — as Sofia and Vanessa —  played hosts of a public access talk show, “A Peek at Pico,” where they talk about “everything happening in Pico Rivera, from the good to the bad.”

Vanessa gets the “show” rolling by asking Sofia “what did you get into this weekend, Chica?” and from there — donning plaid long-sleeve shirts, white tank tops, beige chino pants — they spoke in strong accents, discussing a variety of items with their guests, from books to rap music. The fictional hosts kept interrupting their reporter, “reporting live from Pico Park,” much to his frustration.

The skit did not go over well with some in the real Pico Rivera, who saw it as not representative of the L.A. County city with a population just over 60,000, mostly of Latino origin.

“We’re definitely disappointed about the skit, which highlighted Pico Rivera,” Pico Rivera City Manager Steve Carmona said Thursday. “The characters are not indicative of who we are. We work hard to promote positive images.”

“It’s unfortunate that the hardworking and good citizens of Pico Rivera were characterized in this fashion,”Lara said.

‘”This does not represent who we are or where we’re going,” he said. “Shame on SNL for advancing racist and stereotypes of Mexican-Americans.”

Lara, who said he has heard from many upset Pico Rivera residents, described it as a typical parody of “cholas, but what’s different is the mention of Pico Rivera.

“It’s done by a media SNL that asks us to be culturally sensitive to other people’s issues like Black Lives Matter, transgender or sexual,” he said. “We need to be politically correct, but it’s OK for them to advance these stereotypical views under the guise of parody. But my residents didn’t like it at all.”

But Villasenor in a Tuesday tweet said about the show, “man i am so thankful i got to do my “thas sah” girl on the show! everyone rocked it!!! @selenagomez you were so so funny! so many brilliant people behind this @mikeyfuntime @streetseidell and my boy Ben Silva.”

The skit set off much comment on social media. Many thought it was notable that the city was even a focus of a moment on SNL.

“The fact that @[email protected] even did a skit about Pico Rivera is so wild,” noted one tweeter.

But that was conciliation for Elias, a teacher at El Rancho High School.

“In my 17 years, I’ve never seen a student of mine look like or speak like that,” he said. “I have five classes with 35 students and 95% said they were offended.”

Elias said he intends to ask the council or mayor to write a letter in response to NBC.

Not everyone in Pico Rivera is upset.

“I’m not really sure why they referenced it, because Pico Rivera has come a long way,” said Virginia Hernandez, a real estate agent at Century 21 All Stars in Pico Rivera. “It was a funny skit.

However, Michael Lopez, who grew up in Pico Rivera and mother, Caroline, still lives in the city, said the show might have been right about gang problems and having cholos and cholas in Pico Rivera 20 to 30 years ago but not now. Lopez said.

“What if you’re not from Pico Rivera and you see this and are considering buying a house,” he said. “You say, ‘oh, let’s not bother to look there. It could hurt Pico Rivera real estate-wise. It makes Pico Rivera look badly.”

But Richard Estrada, general manager of Century 21 All Stars, said Lopez is overstating the case.

Estrada, whose office is the number one seller in California for his company, said he’s not worried, in part because of the shortage of homes for sale.

As for the skit, Estrada said he thought it was funny.

“We can’t take things so seriously,” he said.