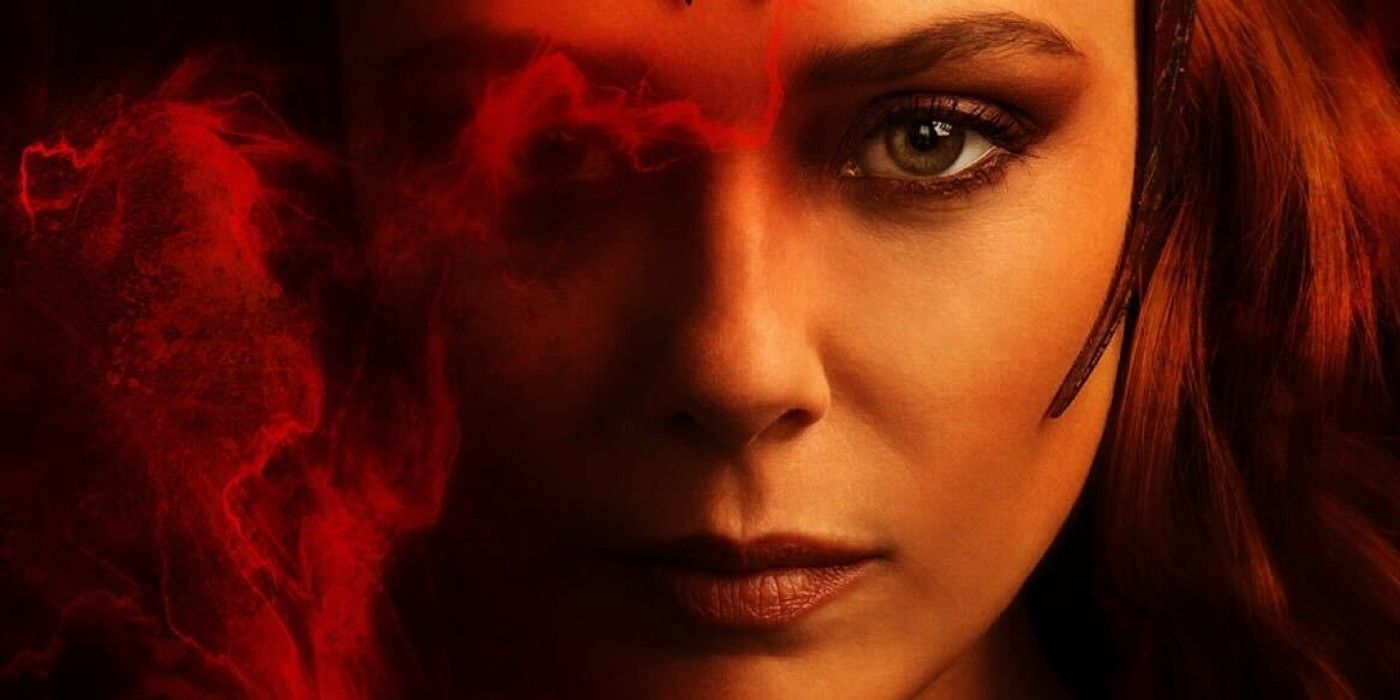 A new poster for Doctor Strange in the Multiverse of Madness features Elizabeth Olsen’s Scarlet Witch wearing a headpiece ripped straight from the pages of Marvel Comics.

The ominous poster sees Scarlet Witch looking at the viewers while surrounded by strands of chaos magic and standing in front of a red-tinted background. One of those strands can be seen forming Wanda Maximoff’s tiara, which is nearly identical to the one the hero and occasional antagonist wears in the comics.

Prior to the release of the poster, Olsen discussed why she enjoyed playing Scarlet Witch, saying, “It’s not the most fun, in my mind, to always play the hero of a story where they do no wrong. I don’t find that interesting. I think the reason why I really enjoyed Wanda from the beginning is that she’s very clear in her beliefs. They just don’t align with others, and that’s okay. She’ll have her own realizations and admit when she makes mistakes.” Additionally, Olsen talked about Multiverse of Madness‘ relationship with Disney+’s WandaVision last year, remarking that the former wouldn’t make sense without the latter and “feels totally connected” to it.

It had also been said by Multiverse of Madness co-producer Richie Palmer that the movie will settle a debate over Wanda or Doctor Strange being the more powerful character, with Palmer commenting that he “[doesn’t] know who’s more powerful than Wanda.” The project’s director Sam Raimi recently threw in his own two cents, mentioning how both heroes have advantages that would benefit them in combat. “If you were to pit them against each other, different altered versions of themselves … there could be a Doctor Strange out there that’s more powerful than our Wanda,” he added. “Or there could be a Wanda out there who is more powerful than our Wanda here. So, because of these altered versions, it’s all a mixed bag of possibilities.”

Outside of Scarlet Witch joining the Master of the Mystic Arts in Multiverse of Madness, the film will also introduce America Chavez to the Marvel Cinematic Universe, with Xochitl Gomez playing the character. Rumors also claim Mister Fantastic of the Fantastic Four and Black Bolt of the Inhumans — both veteran members of the Illuminati with Doctor Strange in the comics — will be in Multiverse of Madness as well, though Marvel Studios has not confirmed this.

Doctor Strange in the Multiverse of Madness arrives in theaters on May 6.

Colin Hickson has been a writer for CBR since July 2018 following a brief stint with Heroic Hollywood. A fan of superheroes since he was a child, he mostly writes TV and movie-based articles. However, he has branched out to other fields such as anime. Among his interests, his favorite superheroes are Baman and Spider-Man, and he has a love for obscure TV shows. Although he does not post on it very often, he can be followed on Instagram at scarletspectre1990.