Schoolgirl to compete in Crufts with gran’s adorable rescue dog 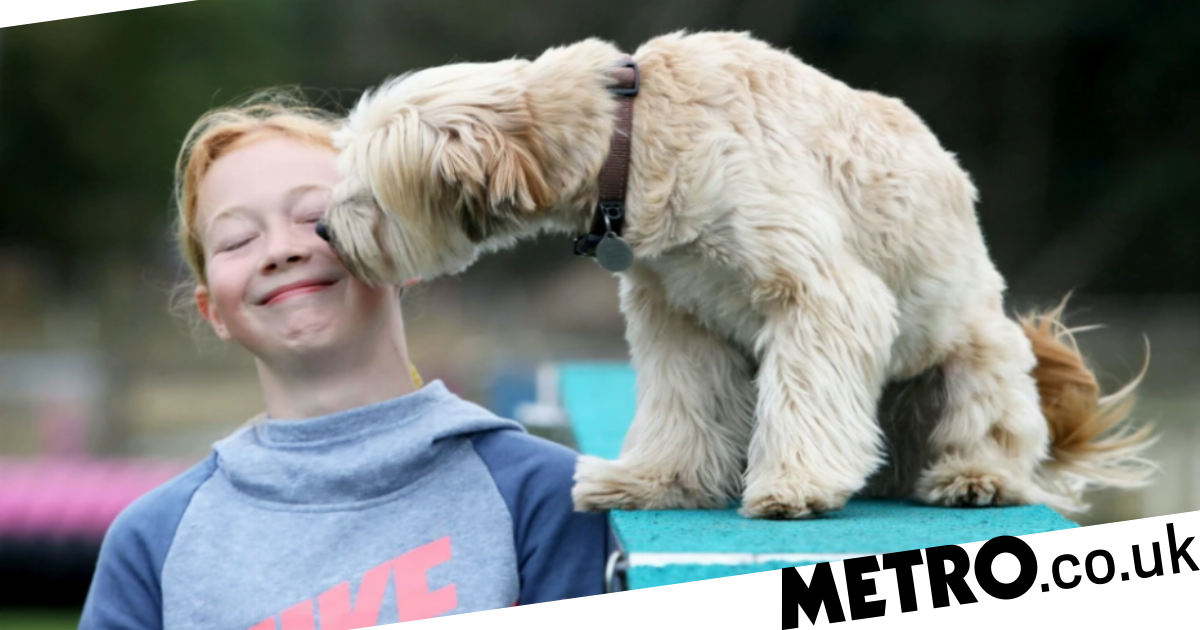 Meet 11-year-old Brooke Bain and rescue dog Timmi – the dynamic duo who will be competing together in Crufts.

Brooke and eight-year-old Catalan cross terrier Timmi will be taking part in the under-12 agility event, with the former saying she ‘can’t express’ how proud she feels about it.

Little Timmi was rescued by Brooke’s grandma, Jackie, in 2015 – after he was taken in by a shelter in Spain when he was just a puppy.

The dog was previously owned by travellers but when he became ill and was taken to the veterinary hospital, they couldn’t afford the medical bills.

It was then suggested that Timmi should be sent to the pound and put to sleep – but, thankfully, that wasn’t on the cards for the little dog.

Louise Carter, a nurse at the hospital, fostered the pup and nursed him back to health until charity SOS Dog Rescue could find him a home.

His new owner, gran-of-two Jackie Bain, 72, said: ‘It’s so important to try to rescue dogs. There’s so many out there looking for a home.

‘Brooke started agility training in May this year. She just took to it. She gets on really well with Timmi.

‘Brooke is doing training once a week.

‘She will be one of the younger competitors at the NEC in Birmingham on March 9. She’ll be 12 in April.’

Jackie, who lives in Peebles, in the Scottish Borders, said: ‘We already had Molly, a Catalan Sheepdog, and we were looking for a companion for her so we contacted SOS and were offered Timmi.

‘After his basic training, I introduced him to dog agility and was surprised to see how he quickly learned the skills, and in 2017 he won the Rescue Agility Scotland title.

‘Over the next few years, he became a grade seven agility dog.

‘I took Brooke to agility training with our coach Donna Jarvie she said that she was a natural.

‘Brooke won her first show at Bowhill House in Selkirk earlier this year it was followed up with a victory at Kelso which insured a qualifier to Crufts.

‘We are all very proud of all that she has achieved.’

While her granddaughter Brooke said: ‘Crufts is a big competition, and I am so excited although slightly nervous.

‘There is much ahead for Timmi and me. I just can’t express how proud I am.

‘When we go to Crufts we are just going to enjoy ourselves and the experience.

‘In the end, no matter what happens I am so proud of how far we have come big thanks to my gran and granddad and coach Donna.

‘And a huge thanks to Mr and Mrs Wynyard and family at Stobo Castle for sponsoring us.’

Last year, part-time chef Jackie also rescued a third dog called Monty, a Kokoni, from Romania, who has settled nicely with his siblings in his forever home.

Jackie stresses that rescuing dogs is a very important and rewarding thing to do.

She said: ‘There are so many dogs needing homes they make wonderful companions so if you are looking to buy a puppy or adult dog please consider a rescue.


MORE : Dog who vanished as a puppy has been found – almost 12 years later


MORE : An adorable cat who lost its ears to cancer needs a home