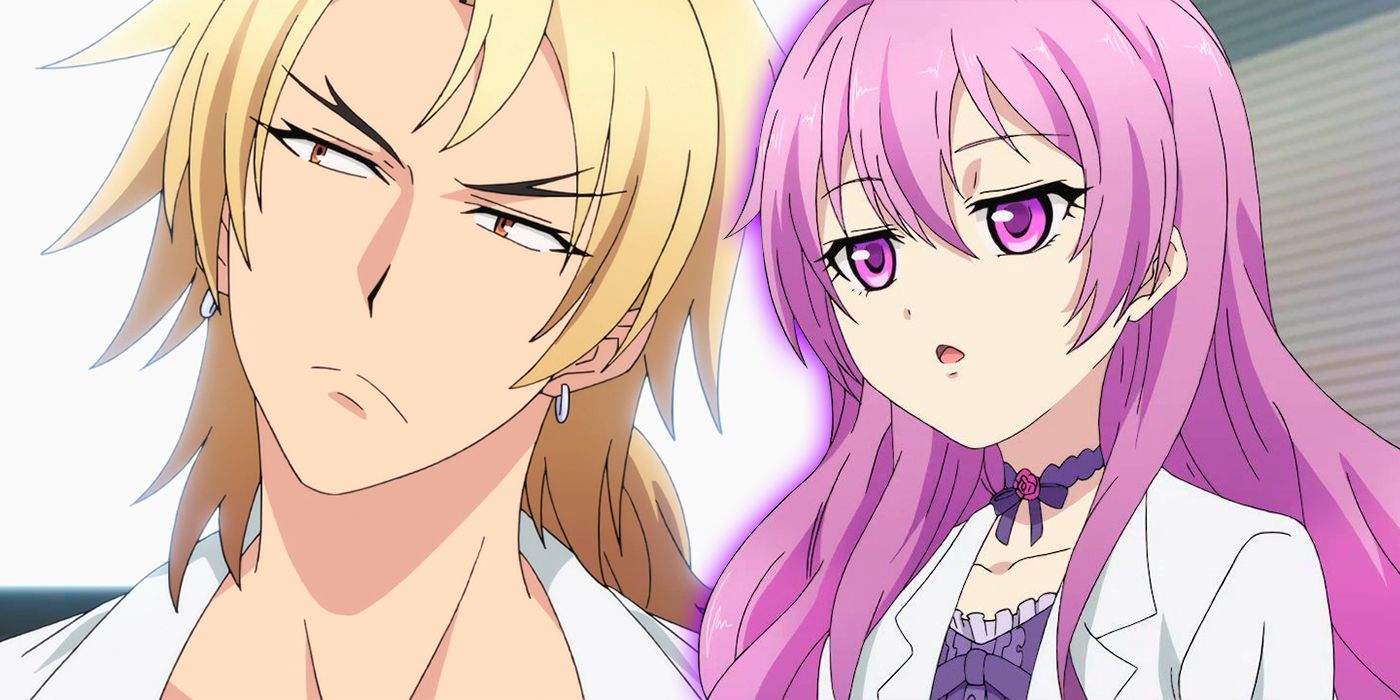 The charming rom-com anime series Science Fell in Love returns to the lab for another season of romantic scientist hijinks between the handsome kuudere Yukimura Shinya and the gorgeous Himuro Ayame. Just like in Season 1, these two amorous scientist students are taking center stage — but there’s more going on behind the scenes in Season 2.

Shinya and Ayame aren’t alone in that lab at Saitama University. They have plenty of classmates and friends to support them, including the tiny but tough Ibarada Ena and the dating sim enthusiast Inukai Kosuke, and these two colorful scientists have more chemistry than ever as Season 2 gets underway. Just like two celestial masses, they can’t help attracting one another.

By now, Science Fell In Love can create contrast between its main couples to prove that lovestruck scientsts might develop their relationships in completely different ways. The Ayame/Shinya pair was the only one last season, but Season 2 also features the Fujiwara Suiu/Chris Florette pairing, and they follow a totally different set of rules. Instead of using reseach and tests on the science of love, Chris and Suiu simply go by feeling like anyone else would — and Ena and Kosuke might soon follow their example.

Kosuke and Ena support the Shina/Ayame pairing but see no need to emulate what they are doing. They both know what they like and need no tests to prove it, and they may very well bond over this fact. As Episode 2 proves, they’re growing closer than ever — and they don’t need oxytocin tests or charts to know it.

Neither Ena nor Kosuke will admit it openly, but they have serious chemistry with one another and greatly enjoy each other’s company. And anime series such as Science Fell in Love rarely tease new pairings like this without following through, meaning scientist couple #3 is surely around the corner. Fans of the first season may agree that this particular one is long overdue, which should add some spice to Season 2.

RELATED: Science Fell in Love: How Shinya & Ayame Actually Got Together in Season 1

So far, Season 2 of Science Fell in Love has only hinted at a Kosuke/Ena pairing with some suggestive winks about their feasibility, including a post-credits scene where Ayame unwittingly compares them to two celestial bodies being drawn together by gravity before settling into a comfortable shared orbit. Still, Kosuke and Ena’s scenes together appear promising, with Ena finding herself unable to resist joining him for a game of off-brand Super Smash Bros., and nothing makes Kosuke happier than having her with him instead of playing against the CPU. Neither one feels satisfied unless the other is there.

If this potential couple does take off, they will most likely follow Chris and Suiu’s example, proceeding with gut feelings and traditional social cues and rules rather than experiments. That would help set them apart from Ayame and Shinya, and Kosuke’s and Ena’s habit of gently teasing one another can further set these pairings apart to avoid redundancy.

In fact, Ena and Kosuke have a subtle “battle of wits” element to their budding relationship, where these stubborn but kind young scientists are too proud to openly admit their feelings or make the first move. That actually makes Science Fell in Love‘s newest potential couple similar to the main couple of Kaguya-Sama: Love is War, whose third season is also airing in the Spring 2022 anime season. Fans of stubborn but charming couples are in for a double treat this season.

Science Fell in Love: Why Did Ayame Originally Fall For Shinya?

Louis Kemner has been a fan of Japanese animation since 1997, when he discovered Pokemon and Dragon Ball Z in elementary school. Now he’s a bigger anime/manga fan than ever, and is ready to share what he knows with readers worldwide. He graduated high school in 2009 and received his Bachelor’s in creative writing from UMKC in 2013, then put his skills to work in 2019 with CBR.com. He’s always looking for a wonderful new anime to watch or manga series to read.

Boy, 17, stabbed to death in front of horrified parents at Easter fairground after mass brawl breaks out