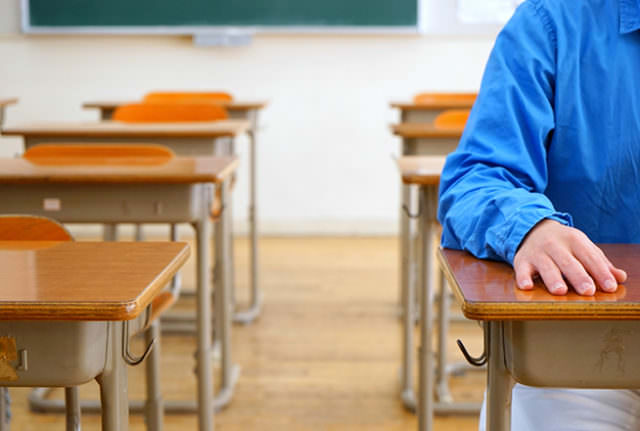 They are some of the largest and most prestigious public school districts in the county — and, indeed, in the entire state of California.

But just try to figure out how much their workers actually make.

Six of Orange County’s K-12 districts (there are 28) have not sent detailed pay data to the state controller’s office for its easy-access, apples-to-apples publicpay.ca.gov database, as they were asked to do back in … drum roll please … 2014.

Good luck trying to decipher anything meaningful out of the mind-numbing salary schedules listed on the official sites! And kudos to Transparent California — a private organization that arduously maintains a public pay database via a gazillion public records requests — but then, why not give the controller’s office what it asked for eight years ago, so all school districts could be easily compared side-by-side on an official, public site?

“In the interest of further transparency, (Irvine Unified) is also in the process of working on the technology to provide data to the State Controller’s voluntary system, which has specific reporting and formatting requirements that do not always align with individual school district systems,” Brown said.

Eight years, hopefully, has been enough to accomplish that. A bill is pending in the Legislature would make K-12 reporting to the controller’s centralized database mandatory.

Saddleback Valley’s Robert Craven, assistant superintendent of business services, said his district has been working to complete its data file for the controller and it should be uploaded by the time this story publishes (though it will take the controller’s office time to compile and publish the data for all the districts).

Huntington Beach City School District’s spokeswoman said it has provided data to the controller every year except last year, due to staff transitions in the administrative department. This year’s report has been successfully submitted.

Anaheim Elementary said that it has submitted data each year, but a glitch apparently kept it out of the controller’s most recent update. It’s working to fix that.

The other districts didn’t respond to requests for explanation, but, shortly after the controller asked for this data back in 2014, a teacher’s union rep told us that the request was insulting, intrusive and sends the message that teachers are overpaid.

“I don’t see anything to gain by people knowing if a teacher is on the top of the salary scale or a beginning teacher,” the union rep said. “If that person is a good teacher, what difference does it make? We don’t go to the dentist and say, ‘Can I see how much you make? Can I see your W2 before you open your mouth?’ “

We’ll note here that it’s administrators, not teachers, who seem to require the closest supervision.

Sobering factoid: O.C. districts have been far better at reporting pay data than have others across California. In O.C., only 28 % failed to submit the data last year. Statewide, it was an outrageous 74%.

The controller’s reporting allows us Public Citizen types to see how much each worker really, truly costs — by including not only the (often-modest) base pay public workers get, which you see in those nebulous salary schedules districts post — but everything else as well.

Overtime. Incentive pay. Deferred compensation. Vacation time cash-outs. How much each employee’s health and retirement benefits cost. Whether public agencies pick up the worker’s share of pension contributions as well as their own. And which pension formula applies to each and every worker.

Why is it important that Regular Citizens have easy access to uniform information?

We harken back to the Bell scandal, when renegade city officials were feeding like pigs off the public trough (their words, not mine) and brazenly lying about it. Then-city administrator Robert Rizzo was hauling in some $1.5 million on the backs of working-class folks who were too busy to pay much attention to local government (sound familiar?). City councilmembers — part-time positions in most small cities like Bell — were making nearly $100,000, so they had incentive to not ask too many questions.

The Los Angeles Times, however, did ask a lot of questions. Not only did people go to jail as a result, but the paper won a Pulitzer Prize and then-Controller John Chiang created the publicpay.ca.gov website to be an antidote to that sort of criminal graft.

Chiang asked public agencies to report to his office everything they report to Uncle Sam on W2 forms for income tax purposes — and more. That includes not just the often-modest base pay public workers get — the number authorities routinely gave us Before Bell — but all the extras that had been hard to ferret out as well.

Just about every public agency has been subject to this disinfecting sunlight for more than a decade — except, quite atrociously, for our public schools, which are guaranteed about 40% of California’s general fund budget.

While the controller’s database isn’t perfect — it excludes employee names — used in tandem with Transparent California, it’s a vital resource. The Golden State spent $124.3 billion on K-12 education in the year that is ending, according to the California Department of Education.

Getting detailed information on public pay out of recalcitrant school districts has required individual public records act requests — did we mention there are nearly 1,000 school districts in California? — and can be like pulling teeth. But what one finds can be jarring.

My colleague Jason Henry found that Ontario-Montclair School District Superintendent James Hammond made more than $700,000 a year through a series of out-of-the-ordinary perks, including the ability to accrue and cash out more than 110 days of sick and vacation time every single year.

In 2015, my erstwhile editor Frank Suraci and co. won a Pulitzer Prize for uncovering that, while presiding over one of the poorest communities in Los Angeles County, Centinela Valley Union High School District Superintendent Jose Fernandez was making $660,000, nearly double that of the superintendent of mammoth Los Angeles Unified. Centinela had just four schools and 6,000 students.

Clearly, public education is one of the most vital public missions. And, just as clearly, it’s vital that the people who pay for it understand how that $124.3 billion is spent. We’ll be bringing you detail on the O.C. districts that do report this info to the controller in coming days. Thanks to those that do for their transparency.

Do you have ‘laidback anxiety’? Here’s how to cope with it

Are B-schools losing their relevance?