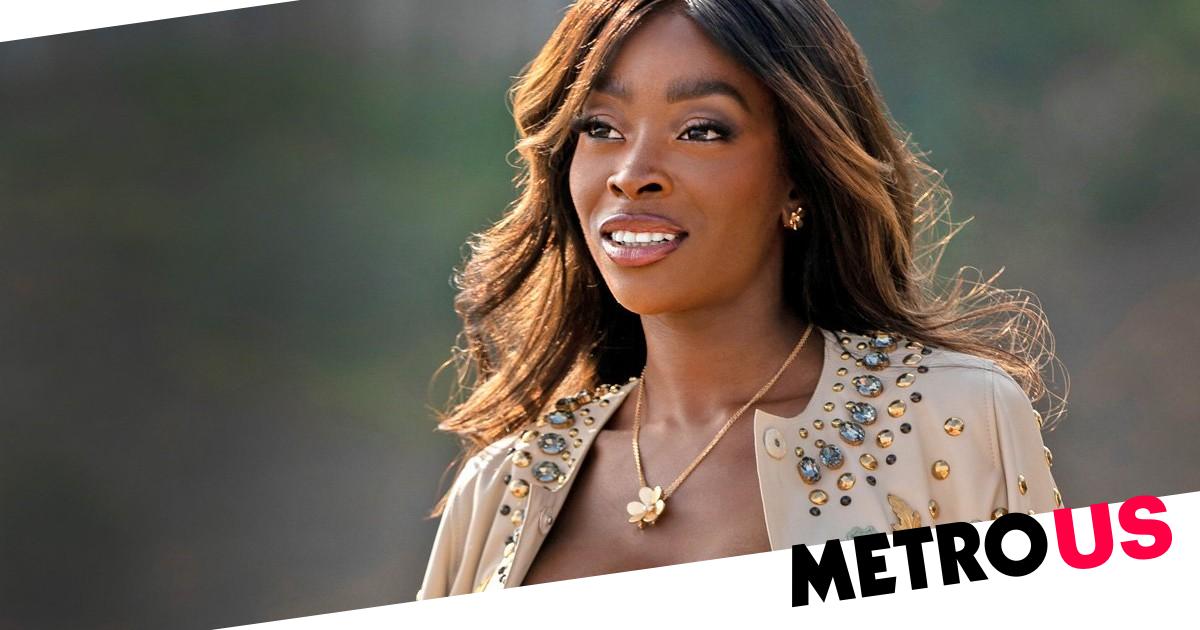 Chelsea, 29, joined the cast of Selling Sunset for season five, after meeting Christine Quinn at an open house in episode one.

She quickly made her mark in the show and fans are loving the new addition to the group of realtors.

But British-born Chelsea left some baffled by her accent, which they couldn’t seem to figure out.

The cast member has now addressed confusion from those watching, in the best way.

Writing on Twitter, she joked: ’If you think you’re irritated with my accent, Imagine me? I almost fainted listening to myself back.

‘You mean to tell me this is how I sound? WooooooooOOooW,’ she posted to her followers.

Chelsea also posted a video promising she was aware her accent is ‘all over the place’ considering she has travelled extensively in recent years.

‘I’ve lived 3 countries (not 4) in 29 years. Born and raised in United Kingdom. Lived in Switzerland and now United States,’ she added.

She visited Los Angeles for a holiday in 2015, before falling in love with marketing whizz Jeff Lazkani, and the pair now have two children.

Taking to Twitter after watching, one fan commented: ‘What is Chelsea Lazkani’s accent please? Because it’s not a British one #sellingsunset.’

‘I will spend the rest of my life trying to figure out Chelsea Lazkani’s accent,’ said another.

Someone else chimed in: ‘I AM 100% SURE that Chelsea Lazkani is an American putting on a British accent #SellingSunset.’

‘Some of the timeline shady commentary about Chelsea Lazkani accent is just accentism 101. Like come on, regional and linguistical accents are a whole thing. It’s okay to be 🤐 on some topics 😬🙃😂. #SellingSunset,’ wrote a fan.

She previously joked about the difference in reaction from her American and British friends after making her TV debut.

Chelsea shared: ’All of my American friends that gassed me and said my British accent is still there and strong.

‘The British people have spoken. They do not approve.’

Selling Sunset seasons 1-5 can be streamed in full on Netflix now.


MORE : Selling Sunset: Who is Christine Quinn’s husband Christian Richard and what does he do?