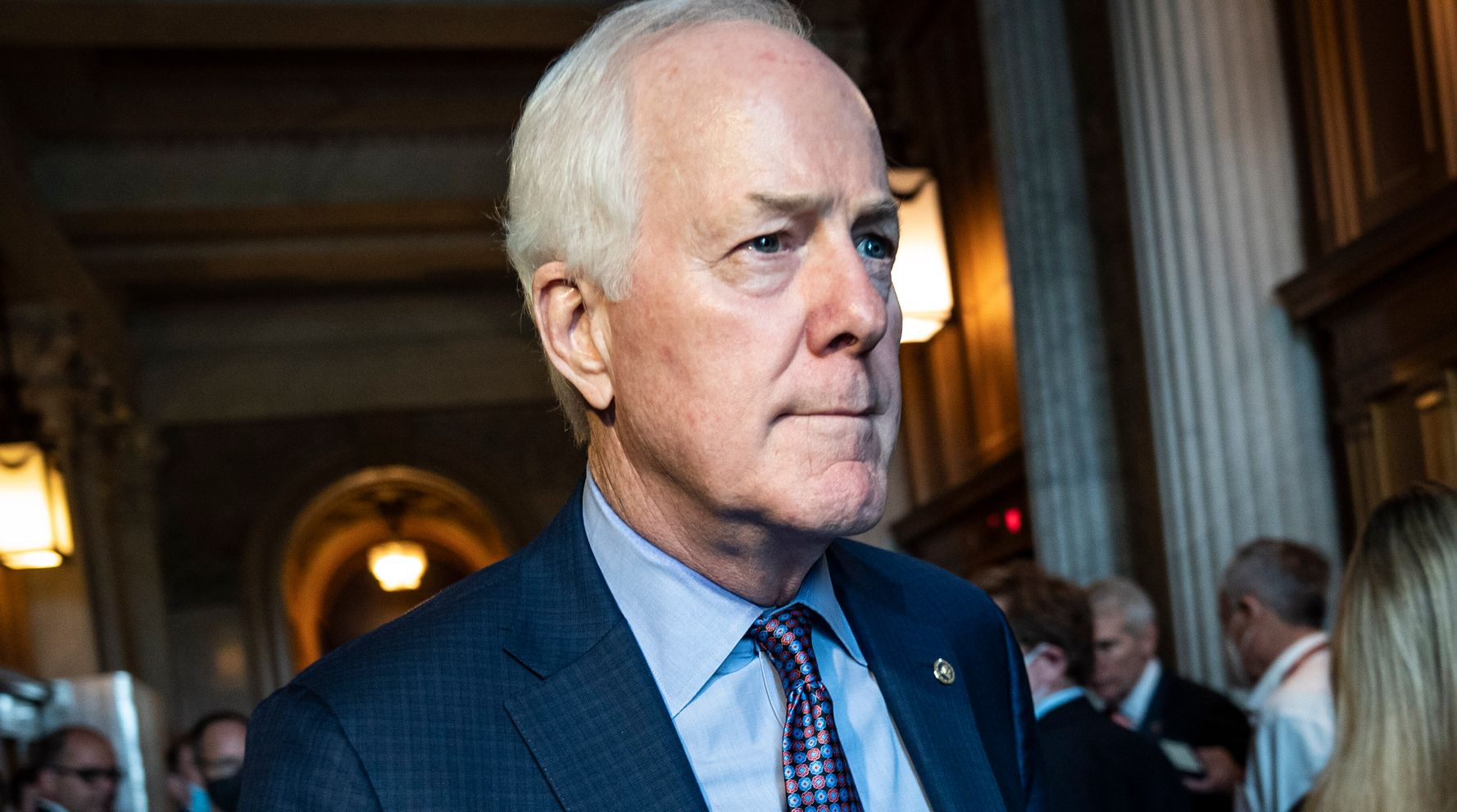 WASHINGTON — The bipartisan gun safety legislation unveiled in the Senate this week would close the notorious “boyfriend loophole” — with a catch.

Dating partners convicted of domestic violence misdemeanors would lose their gun rights under the proposal, but only for five years if they avoid committing another violent offense.

Sen. John Cornyn (R-Texas), the lead Republican negotiator, said the opportunity for someone to get their guns back is an incentive “for people who have made a mistake and have committed domestic violence and received a misdemeanor conviction to straighten up their act and to not repeat it.”

Seventy women are shot by intimate partners every month, on average, according to an analysis of Centers for Disease Control and Prevention data by the gun control organization Everytown for Gun Safety.

Federal law already prohibits gun ownership by people convicted of domestic violence against a spouse or someone with whom they share a child or an address. Dating partners living separately have been exempted from the ban — that’s why gun control advocates call it the boyfriend loophole.

Recent bipartisan gun legislation passed by the House of Representatives would close the loophole with no opportunity for the abuser to get their gun rights back, as is currently the case for convicted spouses or parents. The ban also applies to people subject to restraining orders.

Last week the senators working on the deal said the boyfriend loophole was one of their final major obstacles. Adopting a temporary gun ownership ban instead of a permanent one apparently helped close the deal.

Negotiators also settled on a narrower definition of “dating partner” than the House adopted. The new definition considers the “length” and “nature” of the relationship and “the frequency and type of interaction between the individuals involved,” whereas the House bill specified it didn’t matter if there had been any sexual contact in the relationship. The Senate text resembles language used to define dating partners in a number of state domestic violence laws.

“We are closing the boyfriend loophole,” Sen. Chris Murphy (D-Conn.), the lead Democratic negotiator, said Tuesday. “In states that have taken this step already, there are 10% fewer intimate partner deaths.”

Murphy told HuffPost on Wednesday that creating a path for dating partners to get their gun rights back was just the “nature of the compromise” Democrats have to make in order to change policy.

Sen. Richard Blumenthal (D-Conn.) told HuffPost “there were a lot of complexities” but declined to get into the details of how negotiators came to an agreement on dating partners before the Senate actually passes the bill.

“It’s like asking a surgeon to talk about the operation in the middle of the procedure,” Blumenthal said.

Shannon Watts, founder of Moms Demand Action, called the bill “an important and lifesaving step forward,” adding that her organization will “continue to work with domestic violence organizations to protect even more women from armed abusers.”

The broader bill, which would require greater scrutiny of teenage gun buyers and provide funding for mental health services, school security and “state crisis intervention orders,” cleared a procedural vote on Tuesday and could pass the Senate as soon as later this week. Fourteen Republicans voted for it, making its support thoroughly bipartisan.

Democrats who had pushed to close the boyfriend loophole praised the bill.

“I am especially pleased it includes provisions from a bill I have led for years to close the boyfriend loophole, which will keep guns out of the hands of abusive dating partners convicted of domestic violence,” Sen. Amy Klobuchar (D-Minn.) said.

In the past, the National Rifle Association and Republicans have opposed closing the boyfriend loophole. Last year, Sen. Steve Daines (R-Mont.) questioned whether “a misdemeanor [should] stand as the line crossed for an individual to lose a constitutional right.”

Cornyn called the bill “a step in the right direction” nearly a month after an 18-year-old legally purchased an assault rifle to slaughter 19 children and two teachers at an elementary school in Uvalde, Texas. Democrats had sought restrictions on rifle sales to people under 21, but the negotiators settled on the enhanced background checks instead. Cornyn suggested that and the mental health provisions could prevent future teenage gunmen like the Uvalde killer.

The Texas Republican also stressed that the bill doesn’t infringe gun rights for anyone not convicted of a crime, describing the boyfriend loophole provision as protection for domestic violence victims.

“It shouldn’t matter whether a person is married to their abuser, if the abuser is convicted of domestic violence, and many people have what I would call nontraditional relationships, whether they are living together, they have a child together, or whether they just have a long-term romantic or intimate relationship,” Cornyn said.

The National Rifle Association has come out against the bill, though the organization did not specify which provisions drew its ire, saying instead that the legislation opens the door to “unnecessary burdens on the exercise of Second Amendment freedom by law-abiding gun owners.”

“Eighty-six percent of gun-owning households support that sort of protection for domestic violence victims, where, too often, a gun is involved,” Cornyn said. “Again, this doesn’t limit law-abiding gun owners’ rights unless somebody is convicted of domestic abuse under their state laws. Their gun rights will not be impacted.”

The Motel Opens its Doors. Will You Make It out from Oxide?