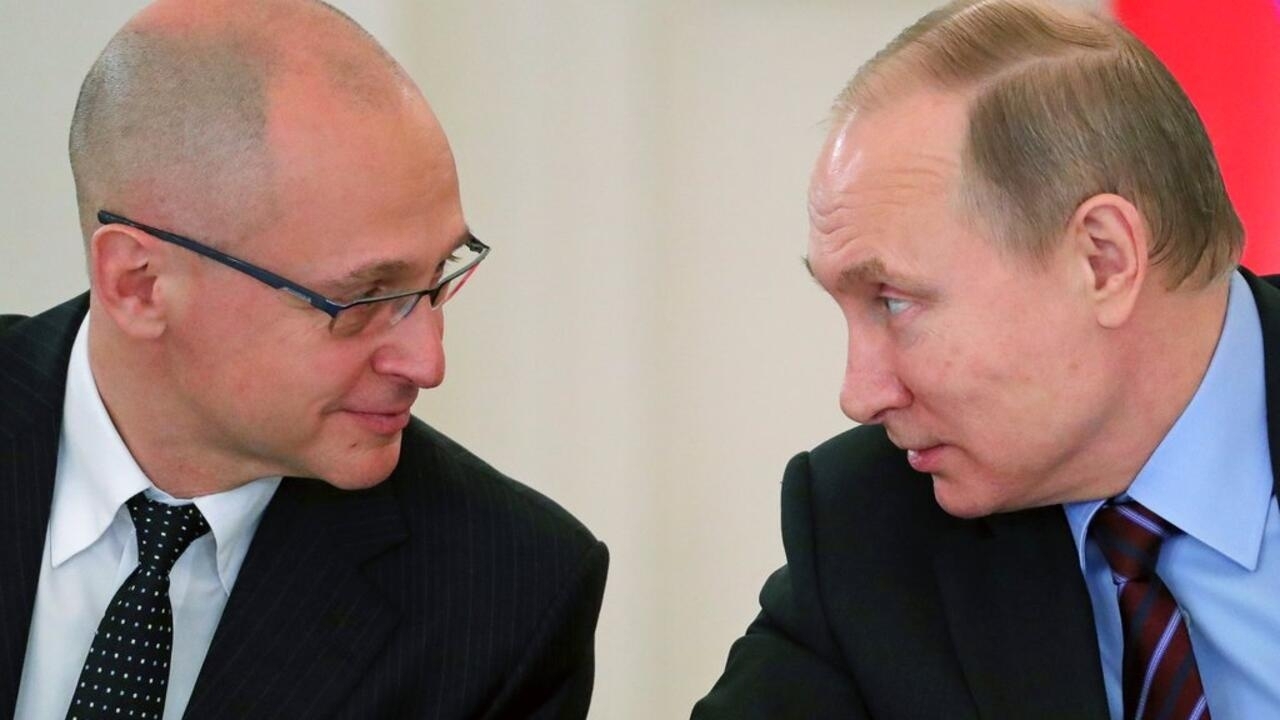 He is a man of many names: “Kinder Surprise”, after the popular chocolate eggs given to children throughout Europe, “the little human computer”, “Nuke Surprise”, but Sergey Kiriyenko’s front-row seat during Vladimir Putin’s contested annexation of four Ukrainian regions on Friday inspired his latest nickname: “Viceroy of the Donbas”. Who is this one-time prime minister who put Putin on the path to the presidency by handing him the top job at Russia’s intelligence agency, the FSB?

For some Russian media outlets, Kiriyenko’s seating on Friday said it all: Putin’s domestic-policy-czar-turned-annexation-engineer is going places, and is likely vying for Russia’s top job.

But the Russian presidential election is still two years away, and at least for the time being, Kiriyenko has his work cut out for him. According to German daily Süddeutsche Zeitung, Kiriyenko has personally been tasked with overseeing and administering the annexation of Ukraine’s Donetsk, Luhansk, Zaporizhzhia and Kherson regions.

The job has been made all the harder considering most of the world has condemned the illegal land grab, along with Kyiv’s growing successes on the battlefield.

The bald and stern-faced 60-year-old entered Putin’s deepest inner circle in 2016, when he was named first deputy head of the presidential office. Since then, and thanks to the convenient catch-all title he was given, Putin has been able to task him with any mission he desires, including last week’s sham referendums in the disputed regions in Ukraine, according to American geopolitical think tank GlobalSecurity.org.

According to the independent Russian news website Meduza, who cites a number of unnamed sources, Kiriyenko in April asked Putin in a one-on-one meeting to hand him the “administrative” role in Russia’s “special military operation” in Ukraine.

In May, Kiriyenko travelled to Kherson and the city of Mariupol in Donetsk province – his first visit to Russian-occupied areas in Ukraine – to prepare for referendums there after the advance of Russian forces.

A few weeks later, he returned to Mariupol to hail the Russian “denazification” of the nearly flattened Ukrainian port city. Kiriyenko’s rhetoric is in line with Moscow’s propaganda to justify the war, and suggests he belongs to the clique of Moscow hawks who are willing to keep up the war at any cost.

The man who made Putin

But Kiriyenko’s political career, and his path to the Kremlin, has hardly been easy, marked by both stunning successes and brutal failures. His political leanings have also changed over time, and his current conservative and right-wing views stand in stark contrast to the liberal pro-Western sentiment he strongly advocated for 25 years ago.

Kiriyenko earned his nickname “Kinder Surprise” in 1998, when he, at the age of 35 and with less than a year’s experience in national politics, was unexpectedly named Russia’s youngest-ever prime minister. His surprise appointment has largely been explained by his close ties to late opposition politician Boris Nemtsov, who had brought him to the Kremlin by handing him a post as deputy energy minister. Nemtsov, who would later become a fervent Putin critic, was assassinated in 2015.

According to the daughter of then-president Boris Yeltsin, Kiriyenko was promoted to the prime minister post thanks to perceptions of him as a young, uncorruptible reformist who would revitalise the battered Russian economy.

Kiriyenko only lasted four months on the job, however, after his administration aggravated the national debt and Russia was plunged into deep financial crisis, for which the young prime minister was blamed and forced to step down.

Despite the short tenure of his position at at the top, Kiriyenko had time to make a decision that would impact his life, and Russia, for decades to come: the appointment of Vladimir Putin as the head of the Russian intelligence agency FSB.

When Putin became president two years later, he returned the favour and saved Kiriyenko’s political career by naming him presidential envoy to one of the most important of Russia’s seven new federal districts, Volga. The district is home to a number of important ethnic minorities, including the Muslims in Tatarstan, and above all, hosts the Russian Federal Nuclear Centre in the city of Sarov.

“This is where Russian nuclear weapons are developed,” Radio Free Europe explained in a profile piece on Kiriyenko.

The appointment caused some surprise, as Kiriyenko was the only one out of the seven envoys who neither belonged to Putin’s inner circle nor had a military background.

In 2005, Putin promoted him to head the Russian Atomic Energy Agency, where he would stay until 2016, putting him in charge of Russia’s entire nuclear fleet as well as the country’s 400 nuclear companies and research centres. According to Radio Free Europe, he also led Russia’s negotiations with Iran to develop a uranium enrichment site together.

‘As efficient and rational as he is opportunistic’

Critics say Kiriyenko’s political revival is simply due to the fact that he is a turncoat.

“He is a very flexible man [ideologically], who will never go against the wind,” Vadim Prokhorov, one of his former colleagues from his liberal years, told French daily Le Figaro. Süddeutsche Zeitung, meanwhile, pointed to an independent Russian documentary in which he was described “as efficient and rational as he is opportunistic”.

His political transformation – from pro-democracy advocate to anti-western Putinist supporting Russia’s war in Ukraine – speaks for itself. And according to the sources Meduza spoke to, he ultimately has his sights set on becoming Putin’s successor. “He’s constantly in the public eye and says what the president likes [to hear],” said one.

Meanwhile, he is expected to be tasked with restoring Russia’s image on the international scene once the war is over. The plan entails presenting Russia as the “continent of freedom” for the likes of Italy’s Silvio Berlusconi and Hungary’s Viktor Orban.

This article was adapted from the original in French.

What’s the Premier League Record for Goals in a Season? – NBC Los Angeles