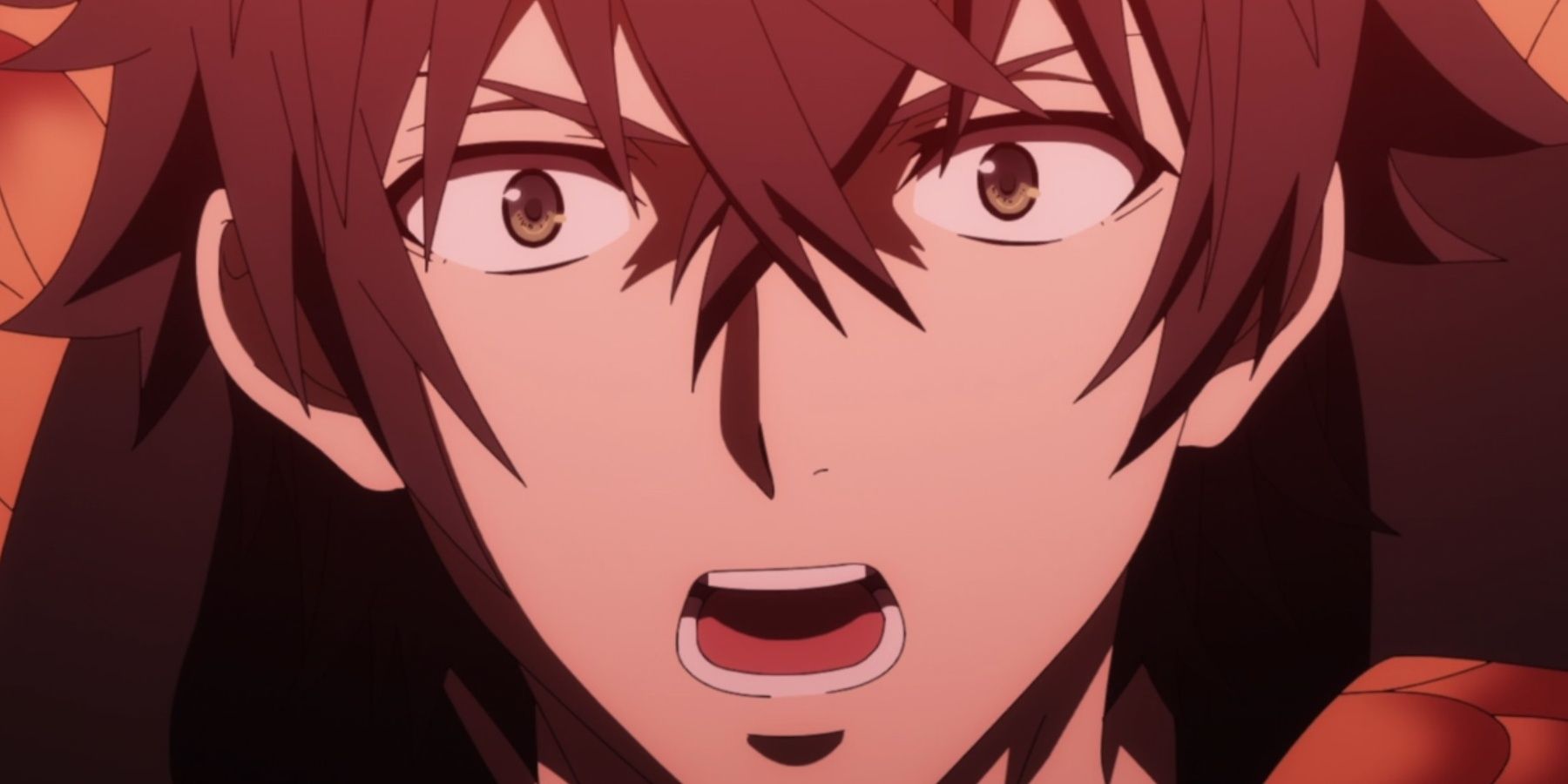 The Rising of the Shield Hero‘s second season has greatly expanded the anime’s cast of characters, including the sinister villain Kyo Ethnina. He first appeared during Naofumi’s battle against the titanic Spirit Tortoise, stealing a portion of the Tortoise’s energy before retreating to his own world. Naofumi had no idea why Kyo was doing any of this at the time.

Naofumi still only has vague notions as to Kyo’s background and goals, but Episode 11 sheds a little more light on the villain’s methods. The next Wave of catastrophe arrives a few hours earlier than expected, and to Naofumi’s shock, Kyo himself is responsible for this artificially-induced Wave. Whatever he’s planning must be big.

In Season 2, Episode 11, the Naofumi-L’Arc joint team faces a new opponent: the swordswoman Yomogi Emarl, who openly fights on Kyo’s behalf. Naofumi’s party soon subdues and captures her, and Kizuna’s group escorts Yomogi back to their rural home to question her about Kyo. Yomogi explains their shared childhood, revealing Kyo to have been a reclusive and bookish boy whom no one else understood at the time. Back in the present, Yomogi becomes aware of her childhood friend’s many crimes against all the heroes and realizes she cannot defend what he has done. She agrees to oppose him, but Kyo has another trick up his sleeve.

The next morning, Yomogi is shocked when the next Wave arrives several hours early, with the sky turning red and portals appearing all over the place. Notably, almost everyone except Naofumi gets teleported to a cliff, where Yomogi can see Kyo’s research lab on the ground far below. Another scene shows Kyo himself using his arcane research to accelerate this Wave, proving it is a tool he can use for his own goals.

No doubt hundreds of monsters will soon pour forth — possibly too many for Naofumi’s expanded squad to face alone. Kyo vastly raises the stakes and danger here in Episode 11, and this will most likely be the climactic final battle of Shield Hero Season 2. Everything has been building up to this moment.

This shocking new development further establishes Kyo Ethnina as Shield Hero Season 2’s greatest villain. His role in this new Wave quickly dispels any notion that he is merely the misunderstood researcher Yomogi remembers from their shared childhood. Yomogi must take on her old friend and contribute to his defeat somehow, but her combat skills appear mediocre in Episode 11; she could soon get overwhelmed in the new Wave, especially without Naofumi and his shields to protect her. Perhaps she’ll try to question Kyo and demand to know why he is doing this, but that won’t likely come to anything.

These events reveal some implications about the Waves themselves. Rather than being intrinsically evil, it’s likely the Waves are a supernatural phenomena that researchers like Kyo can harness for their own aims. It’s also likely that some party aside from Kyo engineered the Waves that have devastated the world where Melromarc is located, though it’s not clear why that party took such actions.

It wasn’t Kyo, at least — Episode 11 makes it clear this is the first time he has ever controlled the Waves like this; but if he can do it, then other parties can too. Perhaps Naofumi’s ultimate nemesis has yet to appear in Shield Hero, with Kyo merely being a warmup for the real thing. The future Season 3 might explore this in further detail and provide some solid answers about the Waves at last.