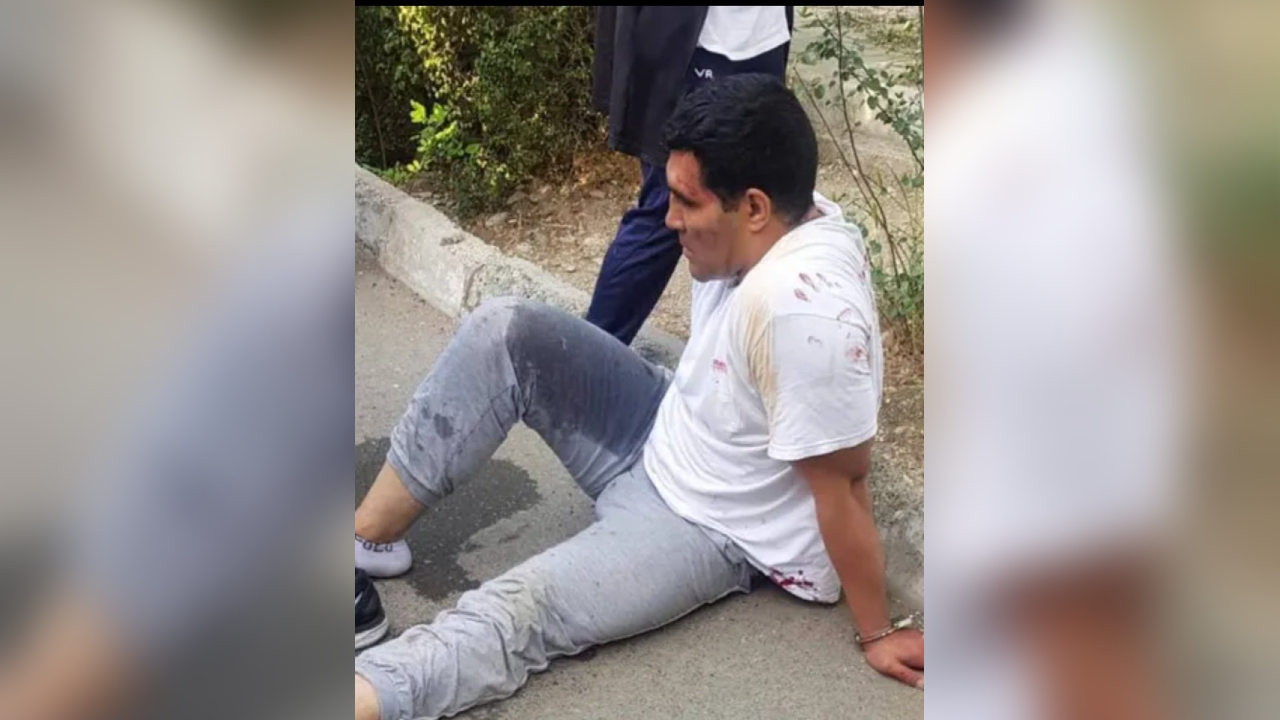 It all started as a citation for an improperly worn headscarf, but the incident escalated when former Iranian boxing champion Reza Moradkhani was shot four times by Iran’s “morality police” on April 28, after they questioned his wife. The incident, which left him severely injured, adds to the long list of abuses by the  morality police, known for their brutal enforcement of a strict Islamic dress code.

Following the altercation with the morality police, known in Iran as the Gasht-e Ershad, Reza Moradkhani, a former member of the Iranian national boxing team and boxing champion in Asia, underwent 12 hours of surgery for his injuries and is now partially paralysed.

Moradkhani and his wife, Maria Arefi, also a boxer, submitted a lawsuit against the morality police officer after the shooting, saying that they were advised “not to go public with the story”. But in June, the court dismissed their case and the couple went to the media.

>> Read more on The Observers: Inside Iran’s “morality police” – women use their smartphones to fight back

Arefi recounted the incident to Shargh, a popular reformist daily newspaper in Iran, on June 11.

We were walking in Pardisan Park, and suddenly a morality police van stopped next to us and a female officer said to me: “What’s your ID number? We want to verify if you have any moral offence records.”

I was shocked and told her to Google my name and my husband’s name to find out who we are. We are not criminals, there’s no need for an ID number. My husband was offended and asked, “What do you mean if my wife has a moral offence record?”

Then a male police officer came out of the van and told my husband, “Get away, it’s none of your business.” My husband answered, “She’s my wife and your officer is talking about my wife, what do you mean it’s not my business?” […]

To avoid any problems – especially because our one-year-old daughter was with us – we apologised, but the male officer insulted me. My husband asked him to be polite and suddenly the officer took out his pepper spray and gassed my husband.

My husband could not see at all and then we heard a gunshot. Then, the officer kept shooting while the other was shouting, “Don’t shoot, don’t shoot!” But the officer didn’t listen at all.


Toomaj, an Iranian rapper, wrote on Twitter, “A month ago, morality police officers shot at Reza, a boxing champion who was defending his wife. Now they are setting him up to end the process.”

The couple reported that, after the incident, the police officer confiscated cell phones from all nearby witnesses, deleting photos and videos of the shooting, even factory-resetting several phones to delete all their data. Only one photo and a short clip taken after the incident have been recovered.

After the shooting, the victims say that Gasht-e Ershad officials, including the chief commander, personally apologised to them and said that their bills would be taken care of.

But the couple learned that the police filed charges against them for resisting arrest and not adhering to the proper Islamic dress code, thereby justifying their response. Arefi has denied the police’s claims that she was unveiled and wearing a short-sleeved shirt.

In Iran, it is a crime for women not to wear a headscarf in accordance with Islamic sharia. The Gasht-e Ershad morality police are tasked with strictly enforcing the observance of the dress code. Arefi could risk a two-month prison sentence and 74 lashes as punishment, according to the family’s lawyer.

However, she maintains that witnesses in the park, ambulance staff, as well as doctors and nurses at the hospital can attest that she was wearing proper attire on April 28.

Moradkhani was also accused of trying to take the officer’s pepper spray canister, a charge which could land him one to three years in prison.

I earn my living through boxing. Now, I can’t fight or coach for at least a year due to my physical situation. All we want is justice, and for the police to recognise the truth and give the maximum legal punishment to this officer.

This is hardly the first time that Iran’s morality police have been accused of brutality and excessive force. Citizen journalists have captured incidents involving Gasht-e-Ershad and brought them into the public eye.

In 2018, a video that went viral around the world showed morality police assaulting a young woman who they say wasn’t wearing her hijab properly.

Since the hijab was deemed mandatory for women following the 1978-’79 Islamic revolution in Iran, some women have pushed back. Activists and everyday women have tried to defy the law through protests or by wearing outfits that push the boundaries of the Islamic republic’s dress codes.

In 2019 Iranian authorities condemned Saba Kord Afshari and Yasaman Aryani to five years in prison for their activism against compulsory hijab laws. Aryani’s mother, Monireh Arabshahi, is condemned to more than nine years of prison for the same charges.

Vintage booze cruise: Board this luxury boat in Bordeaux and sample the joys of France’s vineyards