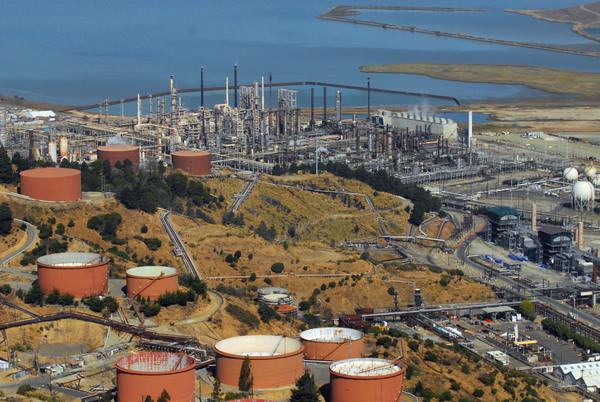 In a hearing in Sacramento, the California Energy Commission called on state experts to testify on a question that has plagued drivers for decades: Why are gas prices in California so high?

With fuel prices falling nationwide, the state’s average price at the pump Tuesday finally dipped below $5 a gallon for the first time in nearly nine months. But the  question over why the Golden State stands out took on new urgency this September after California’s perennial gas woes reached staggering proportions when the gap between what drivers here paid compared to the rest of the country reached $2.60 a gallon – an unprecedented difference even in a state already known for the country’s highest fuel costs.

“We had prices of gasoline that are not OK for Californians,” said Siva Gunda, the commission’s vice chair.

Much of California’s high gasoline costs are explained by the state’s high taxes, environmental regulations, and special fuel blends that prevent rampant smog from accumulating in cities. Altogether fees – including federal taxes, which all states pay – tack on roughly $1.20 to the base price of California gasoline.

State analysts on Tuesday outlined a series of conditions, including lower-than-normal gasoline inventories among the state’s oil refiners, lower-than-normal fuel imports, and mechanical hiccups that fueled a historic gas price spike. But energy commission officials provided few answers as to why oil refineries allowed gas inventories prior to their supply crunch.

State analysts acknowledged that they have little insight into key information guiding the industry’s pricing and operations as board members asked for a list of hard-to-access data that could further oil industry oversight.

Quentin Gee, a state analyst, described the commission as being “completely in the dark” surrounding issues of planned and unplanned maintenance because the oil industry closely guards its operations as trade secrets. “Basically it is more authority” that is needed, Gee said.

Last month, the pain at the pump prompted Gov. Gavin Newsom to accuse major oil companies of “price gouging.” He announced a special legislative session to pursue a “windfall profits tax” on oil companies. Newsom said the session would be a “date with destiny” starting on Dec. 5. The legislative hearings are not expected to get underway until January when lawmakers return to Sacramento after the holidays.

For now, the governor and state lawmakers are holding any plans for a profits tax close to their chest. Newsom has said revenue from a tax on oil industry profits would “go right back to the taxpayers,” which could look similar to the $350 gas rebates many Californians received.

Oil companies say their industry is being squeezed by California’s transition to renewable energy. Analysts’ backing the oil industry say a windfall profits tax would only cause oil refineries to reduce their gasoline supply leading to more price shocks for consumers. They say high profits are necessary to back infrastructure investments in an industry that saw profits crash during the COVID-19 pandemic.

In “2020 the oil companies lost hundreds of billions of dollars,” said Michael Mische, a business professor at USC, speaking on a panel organized by Californians Against Higher Taxes. “Today they’re making it back.”

On Tuesday, policymakers’ testy relationship with the oil industry was on display. The commission left empty six seats with names of oil industry executives who declined to attend the hearing. Taking their place was Western States Petroleum Association, a trade group.

Severin Borenstein, an energy economist at UC Berkeley, said Tuesday’s meeting is not doing much to further regulators’ knowledge on the subject, but he says it will “establish a framework and baseline that we can work from.”

Borenstein cautioned lawmakers that the latest gas price spike is only a symptom of a larger problem in the state’s gas market, which he terms the “mystery gas surcharge.” Even after accounting for the state’s high taxes and environmental fees, Californians pay upwards of 30 cents extra per gallon compared to the rest of the country, according to his analysis.

“We should avoid getting distracted by the spot price spikes, which are short-lived,” said Borenstein. “The much bigger money is the mystery gasoline surcharge. It’s many times larger in terms of draining consumer pockets.”

Check back for more on this developing story.

Score an iRobot Roomba for $288 while you still can: Plus more Cyber Monday robot vacuum deals you can still get today

Bank of Canada emerges as trendsetter on interest rates