‘Shredder’s Revenge’ is a brilliant ode to peak ninja turtles 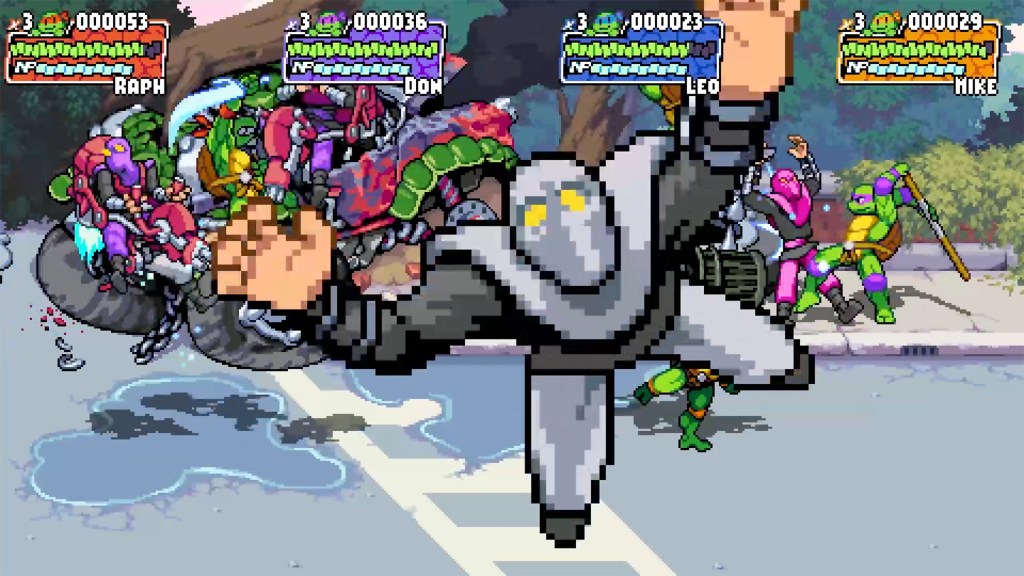 Peak “Teenage Mutant Ninja Turtles” happened more than 30 years ago. Back then, the cartoon was the show you had to watch if you were to function in classroom society. You had to be up-to-date on the latest Shredder and Krang plot and maybe own the latest action figure.

The nostalgia for those days is so strong because the turtles blanketed every part of childhood, covering television, movies, toys and, of course, video games. That last element wasn’t perfect at the start but after a few tries fans got a good “Teenage Mutant Ninja Turtles” title. Konami found the right genre in the beat’-em up and that tradition continues today with “Teenage Mutant Ninja Turtles: Shredder’s Revenge.”

At first glance, it seems as if the developers at Tribute Games are aping the arcade game and the SNES classic “Turtles in Time.” That would have been a solid but unexciting effort. But if players dig deeper, they’ll find that “Shredder’s Revenge” is so much more. Some of the same developers behind the brilliant “Scott Pilgrim vs. The World: The Game” poured an inordinate amount of love into this project and created a video game that stays true to the franchise’s peak era while also advancing the genre forward.

CHASING TROUBLE
Through 16 episodes, players will chase after Krang and Shredder and uncover their plot for New York. It’s not exactly deep storytelling and games in this category don’t offer much in terms of complex themes. What “Shredder’s Revenge” does do successfully is pull players through a trip down memory lane.

It’s a short but satisfying stroll, in which players will meet characters that were introduced through the cartoons. They’ll encounter familiar foes such as Rocksteady and Bebop but the campaign dives into the deep cuts of the animated series and includes allies such as the Punk Frogs and Neutrinos along with other adversaries such as General Traag, Slash and Leatherhead. Tribute Games mines the lore to give older fans moments of long-forgotten recollection.

ADVANCED GAMEPLAY
What’s just as impressive as the devotion to the source material is the developer’s elegant way of advancing the game mechanics. “Shredder’s Revenge” is still accessible to players who just want to button mash their way to victory. Players have simple attack and jump buttons that can get them through the campaign, but if they want to gain a sense of mastery in combat, Tribute adds a dodge and super attack buttons along with a taunt.

The dodge lets players avoid damage if they time it right. The taunt button lets players do a quick animation that fills up the Ninja Power bar. That meter is important because it lets players execute a powerful super attack that can help clear the screen of enemies. These mechanics create more of a strategic element as players have to attack while avoiding damage to build up the power bar. Once it’s full, they’ll have to judiciously use the super attack when necessary.

In addition, the characters also have a dash attack and other moves that come in handy during certain situations. All the moves seem essential and useful. In multiplayer that supports up to six people, teamwork takes center stage as allies can share health, revive a fallen friend and even perform a co-op attack.

The combat is deeper than anything from 1990s, but the system isn’t so complex as to be burdensome. It feels just right for newcomers and veterans alike.

REASONS TO REPLAY
Although the campaign isn’t long, “Shredder’s Revenge” does offer players plenty of reasons to replay the game after the story mode is over. The game lets players pick up to seven heroes that include the core turtle team, April O’Neil, Splinter and Casey Jones (He’s available once they beat the campaign). What’s smart is that each hero can be leveled up through gameplay and gain more health, Ninja Power meter and other perks. If players want to explore the campaign’s depth, they can power up each of the other characters who all have their own distinct styles of play.

Donatello has range with his bo, but he’s slow. Raphael is powerful but players need to be good at short-range fighting. In addition, the game has multiple challenges and secrets hidden throughout each episode, so there’s even more incentive to tackle the campaign multiple times. It’s a game that’s so fun and easy to pick up that players won’t mind that.

That’s just a testament to how much love is in every pixel of “Shredder’s Revenge.” Fans can feel the affection for the franchise, and it shines through every button presses and cowabunga.

Three and a half stars
Platform: Xbox Series X and Series S, Nintendo Switch, PC, PlayStation 4, Xbox One, PlayStation 5
Rating: Everyone 10 and up