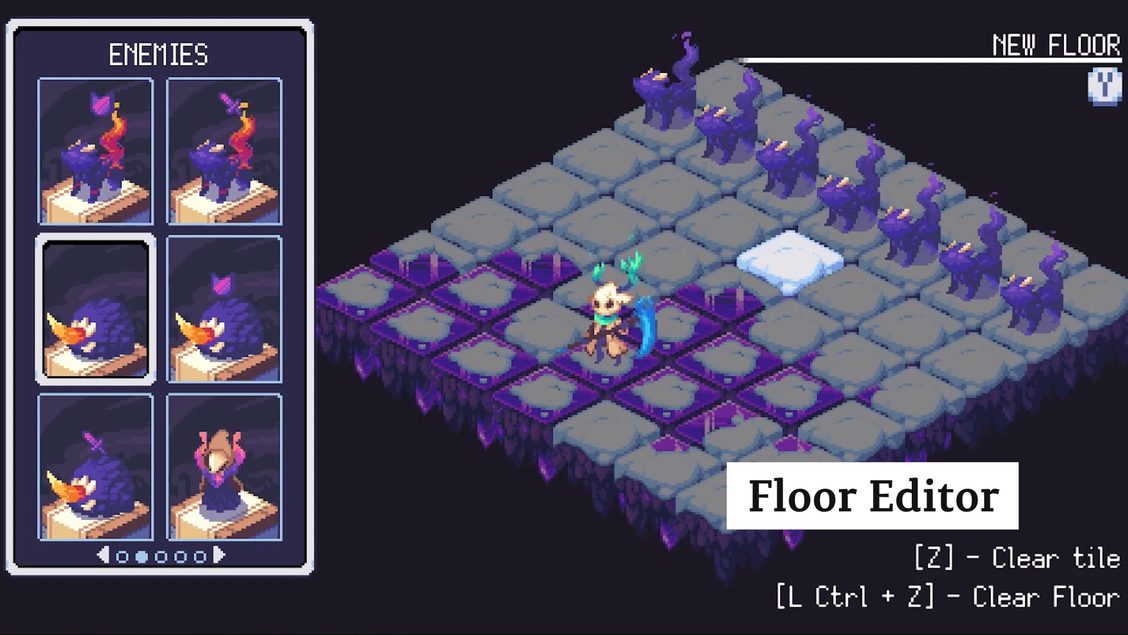 Dangen Entertainment has announced major updates for three of its published titles: Smelter, Evertried, and Batbarian: Testament of the Primordials. Between them, they’ll be receiving new content, modes, and more.

Here’s a rundown of what’s planned:

Smelter will receive a major update for PC and consoles titled, “Forged in Hell,” which will include three new modes of gameplay:

Action Mode: a modified version of the game which removes the strategy stages and allows players to play through the game in pure action-platforming mayhem, similar to Mega Man.

Boss Rush Mode: an unlockable mode that allows players to challenge all of the game’s tough-as-nails bosses in succession.

The free update will be available on PC on June 6th, and shortly thereafter on Nintendo Switch, PS4 and Xbox One.

Evertried will receive a major update for PC and consoles that includes the following features:

Floor Editor (Beta) – Players can now create, play, and edit their own floors. Using the Floor Editor menu, players can design their own completely original floors with the game’s various enemies and hazards, then share them with other players across the globe (internet connection required).

Bug Reporting Tool – Players can now report bugs with logs through the pause menu, instead of manually fetching the logs.

Batbarian: Testament of the Primordials

Batbarian will receive a major update on PC and console that includes the following features:

– Special levels totally separate from the main game and player stats specific to save files.

– Challenges are unlocked based on achievement progress.

– Players can continue a challenge from an autosave point with the continue button on the Challenges menu.

– Includes Boss Rush Challenge and Gallery Challenge, and more challenges may be added in the future.

The free update will be applied to PC on June 6th, with consoles coming shortly after in June.

We’ll let you know when the Smelter, Evertried, and Batbarian: Testament of the Primordials updates go live on Switch.

Game Kickstarter Cancelled In The Most Brutal Way Possible

Like a Dragon Gaiden Will Include Cabaret Club Minigame

Loot Boxes Would Be For Adults Only If Australian Bill Passes