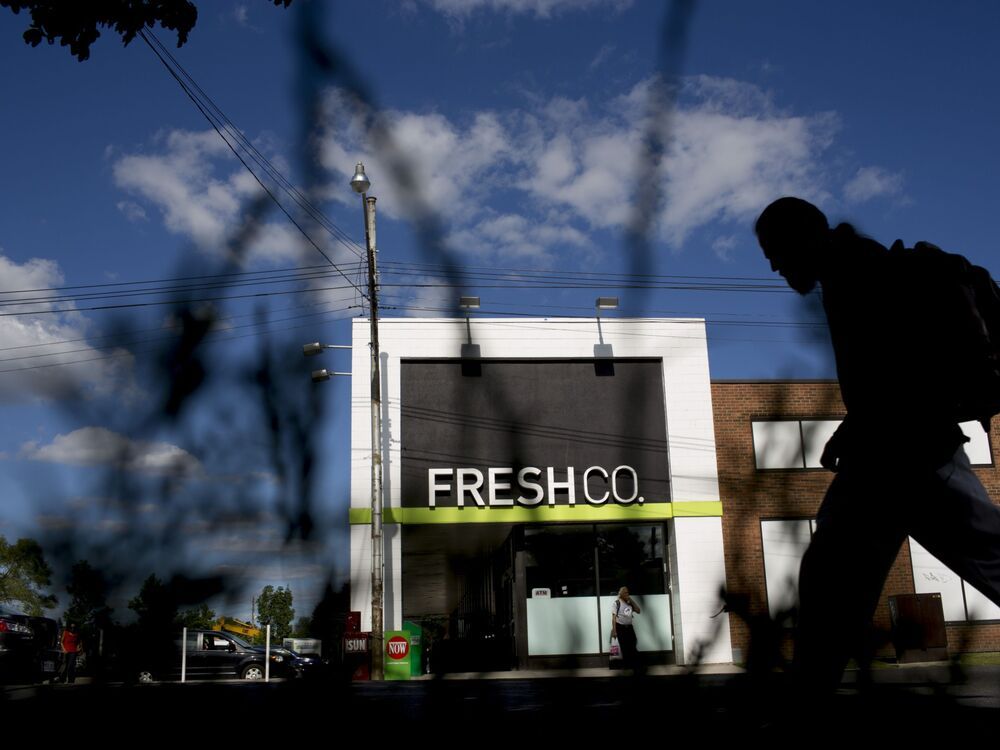 Sobeys’ parent Empire Co. Ltd. is boosting its dividend by 10 per cent after increasing profits in the last quarter, according to an earnings update.

The Stellarton, N.S.-based grocery chain booked profits of $178.5 million on sales of $7.8 billion in the fourth quarter ended May 7. Sales jumped 13.3 per cent in the quarter, which the company said was mostly due to the fact that Empire’s fourth quarter this year included 14 weeks, compared to 13 weeks in Q4 of 2021.

Empire also said higher fuel sales and increased food inflation helped lift revenue, along with its three-year “Project Horizon” plan that has been driving expansion in Western Canada and Ontario. Same-store sales — a performance gauge used in retail that ignores results from recently opened or closed stores — fell by 0.1 per cent.

The results come as Canadian consumers are facing the worst food price inflation in decades. In its Consumer Price Index report on June 22, Statistics Canada said grocery bills in May rose 9.7 per cent year over year — tying April’s inflation rate for the steepest rise in food prices since 1981.

Grocers say they’ve been facing a wave of requests from suppliers, all looking to raise prices. Big grocery chains have pushed back on some of those requests, and suppliers have protested by pulling products from shelves — most famously in the case of Frito-Lay vs. Loblaw.

Despite the pushback, many of the price increases at the wholesale level are obviously trickling down to consumers. Statistics Canada found prices for fresh vegetables rose 10.3 per cent in May, compared to last year. Edible fats and oils were up 30 per cent while condiments, spices and vinegars were up 20.6 per cent.

As tensions build up in the grocery industry, Empire’s chief executive Michael Medline has been positioning his company as the friendlier option for suppliers. In the last two years, Medline stood out in the Canadian grocery oligopoly for his willingness to criticize his competitors’ treatment of suppliers. Earlier in the pandemic, he described Loblaw and Walmart as “repugnant” for charging suppliers extra fees to help pay for upgrades to their networks.

In the earnings update on June 22, Empire acknowledged the industry is facing inflationary pressure and said it is “focused on supplier relationships and negotiations to ensure competitive pricing for consumers.”

Empire’s gross margin narrowed in the fourth quarter, falling to 25.6 per cent from 25.9 per cent in the prior year. The company blamed its slimmer profit margins on “the effect of higher fuel sales, higher supply chain costs” and the added expenses associated with a three-month strike at a Quebec distribution centre that ended last month.

Empire, which also owns IGA, Foodland, FreshCo and Safeway, said it will raise its dividend by 1.5 cents to 16.5 cents, an increase of 10 per cent. The company said it also intends to repurchase $350 million in shares in the coming fiscal year.

The true mother of Title IX. And why it matters now more than ever.

Canadian unemployment rate drops to 5.2%: What you need to know