Solar Opposites’ Most Unsettling Part Is the Wall 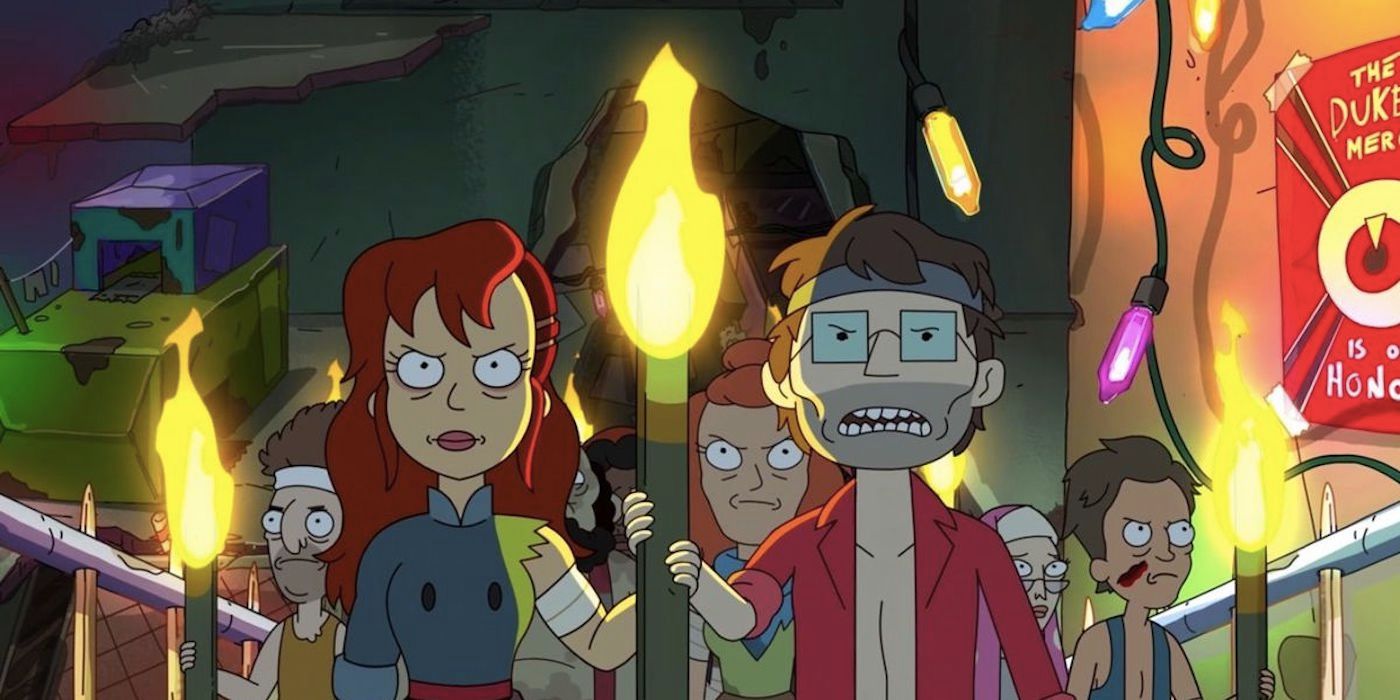 Fans of Rick and Morty know how interesting the mind of Justin Roiland truly can be. And if they needed confirmation of the absurdity the man has been prone to, then Solar Opposites has certainly achieved that. But as deranged as the main story of this animated series can be at times, it’s the secondary plot where things go completely off the rails. The goings-on in Yumulack’s Wall were often truly disturbing.

Solar Opposites tells the story of a group of aliens living on Earth and trying to make the best of it. They were somewhat in the process of trying to make the planet into a new home for their entire race. The problem was often that they got distracted by humanity as well as their own ridiculousness. To be blunt, the aliens were doing a terrible job of their supposed mission but at least they have proven to be consistently bad at their respective jobs.

Two of the aliens were kids. Technically, they were replicants of the two adult aliens. For the purposes of fitting in on Earth, they act like the little replicants were their children since the dynamic was similar. Yumulack was the younger version of Korvo, the leader of the mission to Earth. Much like his older counterpart, he has some really strange tendencies and hobbies, though Yumulack’s were somehow more unsettling.

In addition to the main story of Korvo and his alien friends on Earth, a massive ongoing subplot involved Yumulack’s room. He collected people, shrunk them down and put them in what amounts to a gigantic Habitrail built into his bedroom wall. The whole thing was disturbing beyond belief as there appeared to be hundreds of people stuck in his wall. Cracking it open would solve a lot of missing person cases.

The story in the Wall follows the turbulent political and organizational structure that has formed on the inside. A big problem for them has been the fact that Yumulack takes incredibly poor care of them. As such, all the people in it have been left to fend for themselves. The intrigue of the Wall often proved to be more compelling than what was going on in the outside world, with episodes devoted almost entirely to what was happening within it.

Korvo’s adventures with his pseudo-family have been absolutely hilarious. But the tone of the stories in the Wall were generally far from comedy. They play out like a political thriller, with all the twists and turns that go with it. At one point, a revolution against the hierarchy in the Wall actually broke out. And the intrigue only got more and more intense from there as the machinations of other factions came to light.

With two more seasons on the way, it’s not hard to imagine that Solar Opposites‘ Wall will continue to be a major part of the series. At the same time, it’s hard to imagine how the creators can keep it relevant without the premise becoming stale. At some point, Yumulack’s shenanigans with the Wall will come back to haunt him and possibly the rest of his family, as well.

Ian Goodwillie is a freelance writer based out of Saskatoon, SK, Canada. He has a BA in English Literature from the University of Saskatchewan and completed the Writing Program at Vancouver Film School. More importantly, Ian is also a wrestling fan, comic book reader, video game player, and photographer. He loves to write and writes about what he loves. Ian’s also an unrepentant, unapologetic Cougar Town fan, a show he will defend until the day he dies. Follow him on Twitter at @ThePrairieGeek.

Kanye West storms out of interview amid antisemitism controversy