BRITS in some parts of the UK have to wait more than nine minutes for their 999 calls to be answered with the delays called “life-threatening”.

Some callers are waiting so long that they spend more time reporting their emergency than it should take for the ambulance to arrive.

It comes as the latest NHS England data shows that the waiting time for calls to be answered varies massively across the country.

Calls to 999 are initially answered by a BT operator who transfers requests for an ambulance to the local trust.

But the national average in England in April was almost three times longer at 28 seconds. 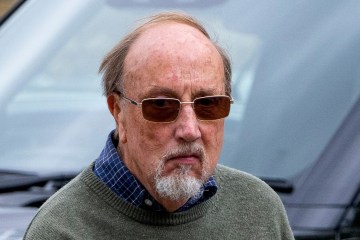 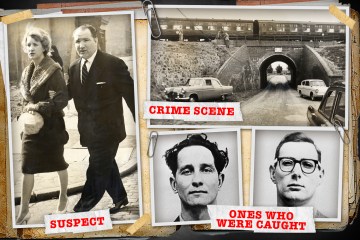 West Midlands residents have their calls answered the quickest in the country in an average of just three seconds.

However, unlucky callers in the South West can expect to wait one minute 20 seconds.

If that wasn’t long enough, one in every 100 callers in Yorkshire was made to wait a whopping nine minutes 28 seconds to speak to somebody in April.

For comparison, an ambulance is supposed to arrive at the most urgent life-threatening emergencies within seven minutes.

In addition, all patients should be handed over to A&E within 15 minutes of arriving at hospital.

But South Western and South Central ambulance trusts have, like Yorkshire, also made one in 100 people wait over the seven minute mark.

The data suggests that with these three trusts, thousands of people were still waiting on the line when their ambulance should have already reached them.

Separate statistics show patients must then wait longer than they should for an ambulance to turn up and longer still to be handed over to doctors at A&E.

Dr Katherine Henderson, president of the Royal College of Emergency Medicine, dropped a bombshell last month over the emergency services.

She admitted that she would order a taxi to take her family to A&E rather than dial 999 because delays were so bad.

Delays may have been caused by the 1,000 ambulance workers who have left their jobs since 2018 to seek a better work-life balance, more pay, or to take early retirement, according to an ambulance workers union.

The British Heart Foundation called the life-threatening delays “deeply concerning” and warned that “every minute matters”.

Dr Sonya Babu-Narayan, associate medical director at the British Heart Foundation and a consultant cardiologist, said: “When someone has a heart attack or a stroke, every minute matters.

“Any delay to treatment could cause permanent damage to the heart or brain.”

NHS England advises people to only dial 999 in an emergency and seek care through other services such as 111 in non-life-threatening circumstances.

And the service have claimed that half of all ambulance calls in England are answered within three seconds or less.

A spokesman said: “The NHS has invested £150million in ambulance services to help meet increased pressures, this includes boosting the number of 999 call handlers by 20 per cent compared to last September.”

South Western Ambulance Service NHS Foundation Trust told Mail Online: “Due to the whole health and social care system being under sustained pressure, some people are experiencing longer call answering times than they would expect.

“However, we have robust plans in place and we’re already seeing that our call handling performance is improving.”

Roger Maltbie was at the 1988 US Open and 1999 Ryder Cup, but neither is his favorite memory from The Country Club