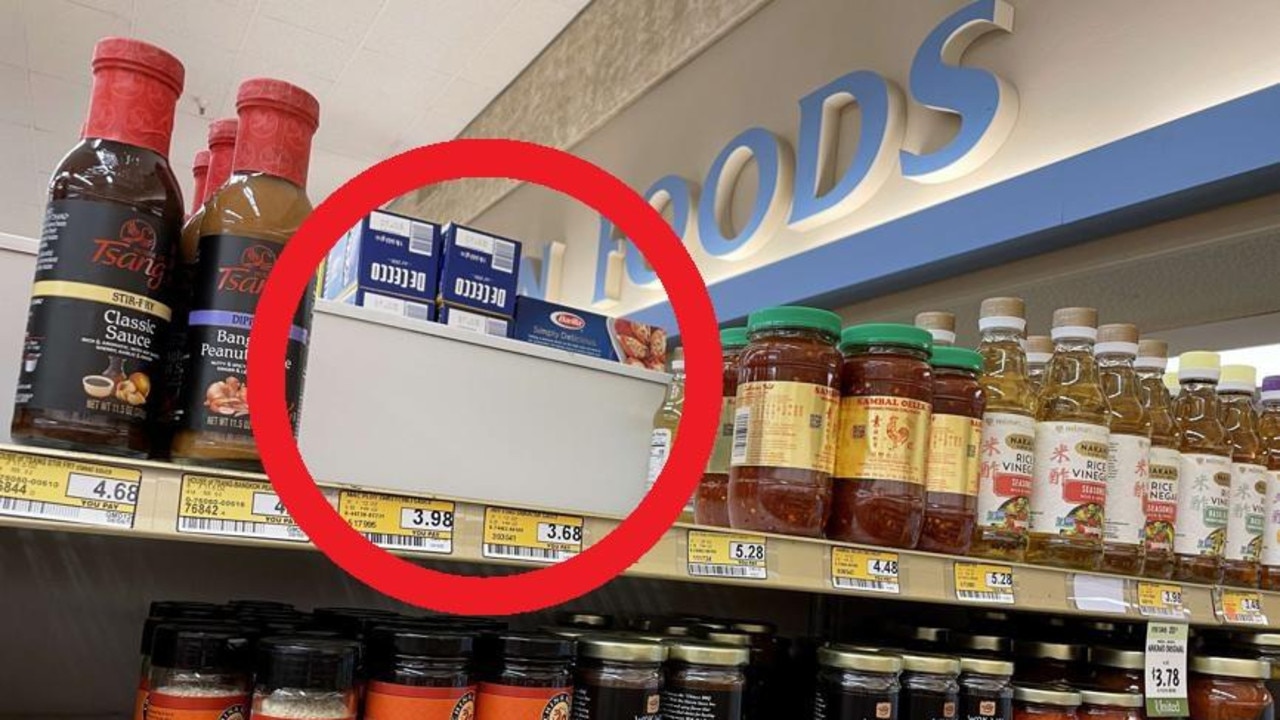 Spicy food lovers are in for a shock as an “unprecedented shortage” is hitting one of the world’s most popular hot sauces.

Spicy food lovers are in for a shock as an “unprecedented shortage” is hitting one of the world’s most popular hot sauces.

Devotees of Sriracha sauce swear it tastes good on pretty much anything, from pizza to popcorn, but they may be forced to go cold turkey in the coming months unless they’ve stocked up already.

It’s all because Huy Fong Foods Inc., a California maker of the cult product made from sun-ripened chillies, has warned of a major shortage of its products.

“We can confirm that there is an unprecedented shortage of our products,” the company said in a statement, adding that the issues were “caused by several spiralling events, including unexpected crop failure from the spring chilli harvest.”

In an email to customers, the company described a pepper shortage as “severe” and related to the climate.

It sources its peppers from various farms in California, New Mexico and Mexico, and said that weather conditions were affecting the quality of the peppers.

Concerned hot sauce fanatics are understandably upset, as the company says it is trying desperately to resolve the issue.

“We hope for a fruitful fall season and thank our customers for their patience and continued support during this difficult time,” the company said.

The situation is so dire that some restaurants have warned they may no longer be able to provide condiment to its customers free-of-charge.

And Aussie Sriracha lovers say they are planning to hoard the hot stuff or even attempt to make it themselves.

“I think I’m going to stock up!” said one concerned Australian on social media. “I can’t live without it.”

“Selling my half left over bottle for $100, will include half a lettuce and one toilet roll, takers?” added another.

Others have suggested it is a good time to support local chilli sauce makers here in Australia.

With the climate wreaking havoc on Huy Fong’s crops in the US, Australians may be left with fewer options.

Stephanie Walker, a chilli specialist at the Chile Pepper Institute at New Mexico State University, told the Wall Street Journal less water and more heat can stress all crops, especially chillies at the seedling stage, where they can die.

“Drought is absolutely a concern,” she said about the low yield of chilli crops. “That, combined with high heat, would hurt seedlings after they’re planted in the field.”

“Climate is completely intertwined with vegetable production,” she said. “You can really lose a lot of plants.”

It’s not just hot sauce that could run out in the coming months.

A leading global health figure has warned the next worldwide health crisis could come in the form of food shortages, as the price of basic supplies skyrockets in even the wealthiest of nations.

Peter Sands, who is the executive director of the Global Fund to Fight AIDS, Tuberculosis and Malaria, believes a food shortage could be “just as deadly” as an airborne pandemic if authorities fail to prepare.

According to Sands, after over two years of completely restructuring the world upon the emergence of a respiratory virus, governments now have to prepare for an even more complicated beast.

Australia is already beginning to see early signs of food stress as lettuce prices hit an incredible $12 per head in some areas following the flood season. Natural disasters, coupled with inflation and complications in the global trade industry, could produce a perfect storm as the globe begins to find its feet.

Sands, who works in areas already struggling with poverty and malnutrition, says wealthy governments risk making the “classic” mistake of concerning themselves only with crises that reflect the most recent disaster the world has faced.

“It’s not as well-defined as some brand new pathogen appearing with distinctive new symptoms. But it could well be just as deadly,” he said, via Reuters.

While it is unclear just how devastating accelerated food shortages could be to a first-world country like Australia, health experts have urged leaders to stay vigilant.

The Global Fund is aiming to raise $18 billion to boost worldwide health systems and has already raised over a third of its target for the 2024-2026 period.

“We’ve been talking about these very scenarios for 50 years,” Dr McFarlane told news.com.au in May.

“We’ve been speculating. We’ve been measuring. We’ve been applying our minds to making predictive models. But for various reasons, we’ve not been taken particularly seriously.”

Michael Kopech exits in the 1st inning of a loss to the Texas Rangers, but could return to the Chicago White Sox next weekend – The Mercury News

‘Queuegate’: Holly Willoughby and Phillip Schofield’s names were ‘not on the media…