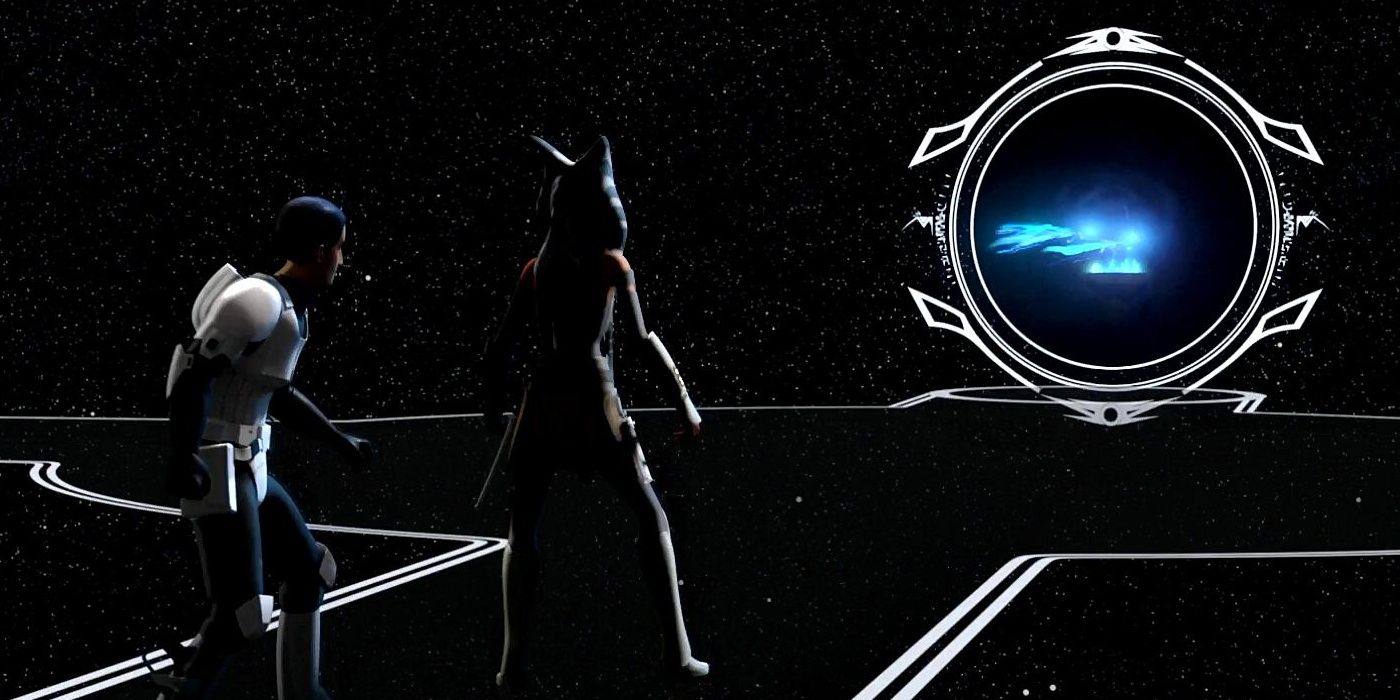 Star Wars Rebels introduced a lot of new things to Star Wars, but nothing was more significant than the introduction of time travel to the galaxy.

Star Wars Rebels filled in a lot of gaps about what happened in the early days of the Rebellion. It also added many things, both old and new, to the lore of Star Wars. One of its most significant and controversial additions is time travel. The show introduced a place called The World Between Worlds that allowed Ezra to peer into different parts of time and alter them if he wanted to. This power was seen once in Rebels but has never appeared in Star Wars again. While time travel is a cool new aspect of the Living Force, it can also be a dangerous storytelling device.

In Star Wars Rebels Season 4, Episode 13, “A World Between Worlds,” Ezra entered a place that allowed him to view and manipulate time. In this space, he heard the voices of Jedi from different eras and even came face to face with The Emperor. It was in this episode that Ezra rescued Ahsoka from dying while fighting Vader. He was also tempted to save Kanan but knew that it would destroy the timeline. With time travel as a part of the established canon, many fans wonder why it hasn’t been used more. It appeared in the one episode of Rebels and has since been absent from stories.

The World Between Worlds is a fantastic piece of lore. It’s a secret area that is connected to the Force and allows anyone who can enter it to access the timeline. As cool as this is, it hasn’t appeared since it first was added to the canon. The reason for this is that it’s too powerful of a story device. If the World Between Worlds was being widely used throughout Star Wars, then none of the characters’ actions would have much meaning. The writers could simply undo anything they wanted with Force-assisted time travel.

It’s also too dangerous for the characters of Star Wars to use consistently. It was incredibly difficult for Ezra to access, and it seems to only have a few access points across the galaxy. Dark Side users are also desperate to get their hands on The World Between Worlds. Even in the Rebels episode, Palpatine attempted to enter the area so that he could gain control over all time and rule forever. This makes it too dangerous of an area for the Light Side to always be going to. Every time they would enter the space, it would increase the chances of the Dark Side finding it.

RELATED: Obi-Wan Failed To Teach Anakin The Perils Of Attachment

While many franchises use time travel effectively, some fans argue it seems out of place in the Star Wars universe. There is even a small portion of fans who want it to be used to erase the sequel trilogy, but the odds of that happening are almost zero. More importantly, not using it outside that one episode of Rebels has benefited Star Wars greatly. It makes it so that character decisions and moments still carry some weight, and it doesn’t seem like they can simply go back in time and try again. Too much time travel can remove the tension and drama from moments that should be milestones.

Star Wars Rebels adding time travel to the galaxy made it possible to keep Ahsoka alive, which many fans will always be thankful for. While it did create some problems, they are limited. Since the World Between Worlds seems difficult to find, it’s easy to explain why no one has used it before or after that episode. Ultimately, keeping time travel contained to that single episode of Rebels is what is best for Star Wars.

Do you have questions about Batman? Do you want to have philosophical debates about Star Wars? Do you enjoy a constant stream of pop culture media? If the answer is yes to any of that I’m your guy! I’m an avid comic reader/collector and have been writing for CBR for over a year! Follow me on Twitter @JamieParker03