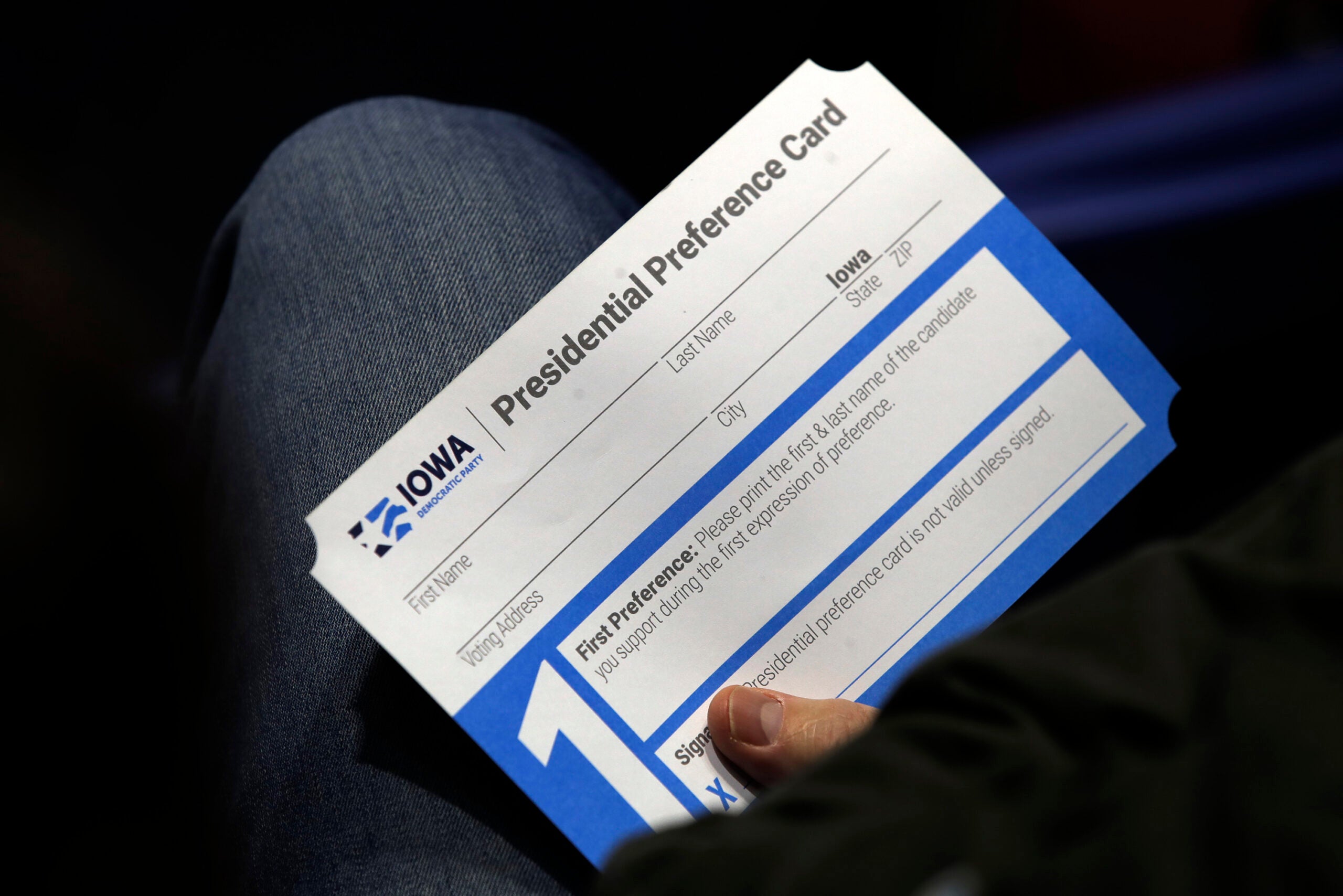 Sixteen states and Puerto Rico are jockeying for early slots on a new Democratic presidential primary calendar, offering presentations for party bosses on why they deserve to go first — or at least close to it.

Iowa has held the leadoff position since 1972, but technical glitches undermined its Democratic caucus two years ago. That sparked clamor for change and calls within the party that Democrats, whose largest, most loyal base is Black voters, should start somewhere more racially diverse.

The states pressing their case over three days in meetings of the Democrats’ Rules and Bylaws Committee run the gamut from sprawling, red bastions like Texas to perennial battlegrounds such as Michigan. Members plan to vote in August, followed by a full Democratic National Committee vote likely to come the following month. Those could alter the current order of Iowa, New Hampshire, Nevada and South Carolina — or keep the slate the same.

The issue may ultimately prove moot for the 2024 presidential election, however. If President Joe Biden opts to seek a second term, the party could have little appetite to build out a robust primary schedule that potentially allows another Democrat to challenge him for the nomination.

The Republican National Committee has already decided to keep Iowa first in its presidential nominating process. Many of its early 2024 presidential hopefuls are already flocking to the state.

Democratic Party leaders voted in April to reopen the nominating calendar, allowing up to five states to vote before Super Tuesday in early March.

The party is considering factors like diversity, electoral competitiveness and logistical feasibility. That means scrutinizing states’ racial and ethnic makeup, union membership rates and how big they are in terms of population and geography — which can affect possibilities for direct voter engagement and the costs of travel and advertising.

Also important are states that have taken steps to make voting easier, in response to many Republican-led legislatures tightening balloting restrictions.

The jostling to be first isn’t new. Iowa moved its 2008 caucus up to Jan. 3 — when some residents were still recovering from raucous New Year’s Day celebrations — to help ensure it remained ahead of other states trying to jump in front of it.

During its presentation Thursday, Iowa promised to overhaul its caucus, relying more heavily on vote-by-mail so that results could be available more quickly.

“We recognize that the caucuses, how they’ve been conducted since the 1970s, are no longer aligned with vibrant and just 21st century democracy,” said Ross Wilburn, chair of the Iowa Democratic Party and a state lawmaker. “In order to continue growing our party, we need to make changes.”

If Democrats decide to bypass Iowa, it could open the door for South Carolina, whose population is 27% Black compared to Iowa’s 4%, and where Biden’s campaign was revived in 2020 after major struggles in Iowa and New Hampshire.

Because of flight delays, South Carolina was presenting its case to the DNC committee on Friday.

Nevada passed legislation last year switching from a caucus to a primary, and the state is pressing to go first. But that could mean displacing not only Iowa but also New Hampshire, another predominantly white state that currently votes second.

Lambe and Nevada’s delegation trumpeted the state’s large Hispanic population, new laws allowing for easier voting and strong union membership. They also stressed Nevada’s status as a swing state, its geographic range from cities like Las Vegas to rural areas, and the fact that it has just two media markets.

New Hampshire’s Democratic senators, Jeanne Shaheen and Maggie Hassan, advocated for their state, whose delegation brought swag bags featuring maple syrup and a coffee mug from the Red Arrow, a 24-hour diner in Manchester that has been a candidate must-visit for decades.

Shaheen said the state’s small size “requires candidates to roll up their sleeves, get into the details of their policies and earn the support of each New Hampshire voter.”

She also warned that “stripping New Hampshire of its long-held position” could hurt Democrats running in future Senate and congressional races. That echoed similar concerns raised by Iowa’s delegation, which said their state could become more heavily Republican if GOP presidential candidates continue to travel there frequently while Democrats focus their attentions elsewhere.

New Hampshire Democratic Party Chair Raymond Buckley noted that The Associated Press called the state’s 2020 primary less than four hours after polls closed — a veiled swipe at Iowa, whose results were so flawed that the AP never declared a winner.

“We have held presidential primaries for over 100 years,” Buckley said, “and not once have we had any reported issues.”

What is a recession, and when is the next one going to begin?