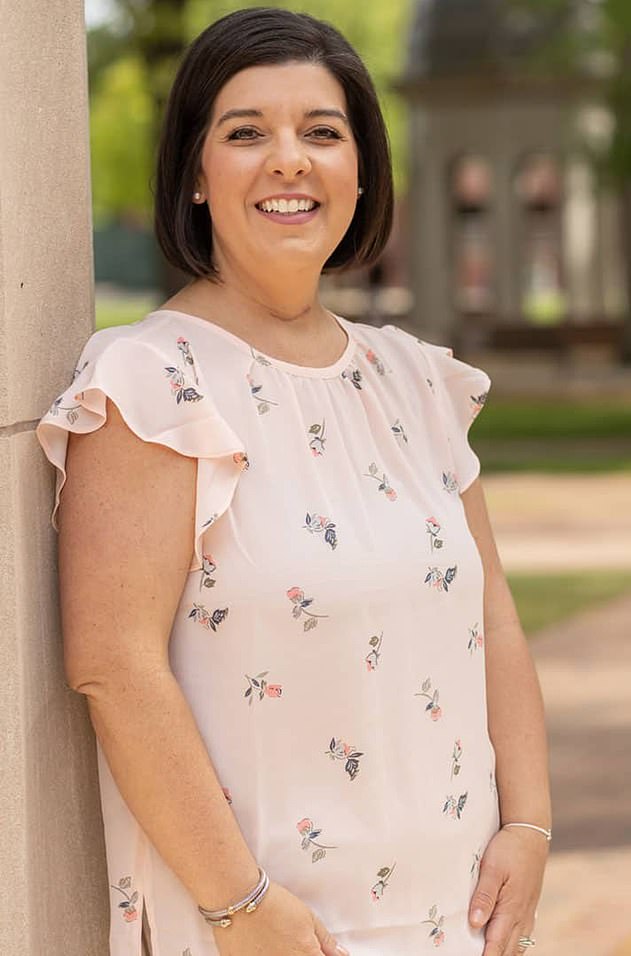 Severely overweight patients are being offered a pioneering operation on the NHS that could help them lose up to six stone in six months – slashing their risk of diabetes, high blood pressure, heart attacks and strokes.

The procedure involves the walls of the stomach being stitched together, shrinking it in size by about three-quarters.

Afterwards, when the patient eats, their body will signal much faster than it would normally that the stomach is full. But patients are warned that should they over-indulge, the stitches will break and cause the stomach to spring back to its original size.

Because the success of the procedure also relies on a patient’s willpower, surgeons claim that it is more successful than other more invasive methods.

Hillary Liles (above, today), a 38-year-old therapist from North Carolina, realised drastic action was needed in early 2020 when, during a trip to Disneyland, she was too large – at 18 stone – to enjoy the rides

Patients who underwent the operation, called endoscopic sleeve gastroplasty, lost 50 per cent of their body weight on average, and trial results found that after two years, eight in ten patients had managed to keep off the weight.

Government data shows that about 64 per cent of UK adults are now overweight or obese. Weight-loss surgery is available on the NHS to patients with a body mass index (BMI) of more than 40 – a healthy level is about 18 to 24 – although they must have exhausted all other weight-loss methods first.

Previously, severely obese patients were offered a procedure called a formal sleeve gastrectomy in which the stomach is cut and stitched in such a way that it becomes a small tube.

But in ten per cent of cases, the stomach stops producing the digestive chemicals essential for absorbing Vitamin B12. This leads to anaemia, a deficiency in the number of red blood cells in the body which causes extreme fatigue, breathlessness and a host of other problems.

Now surgeons at University College London Hospitals NHS Foundation Trust who have been offering the new endoscopic sleeve gastroplasty procedure – the only NHS hospital to do so – hope its proven success will convince health chiefs to roll it out across the country. 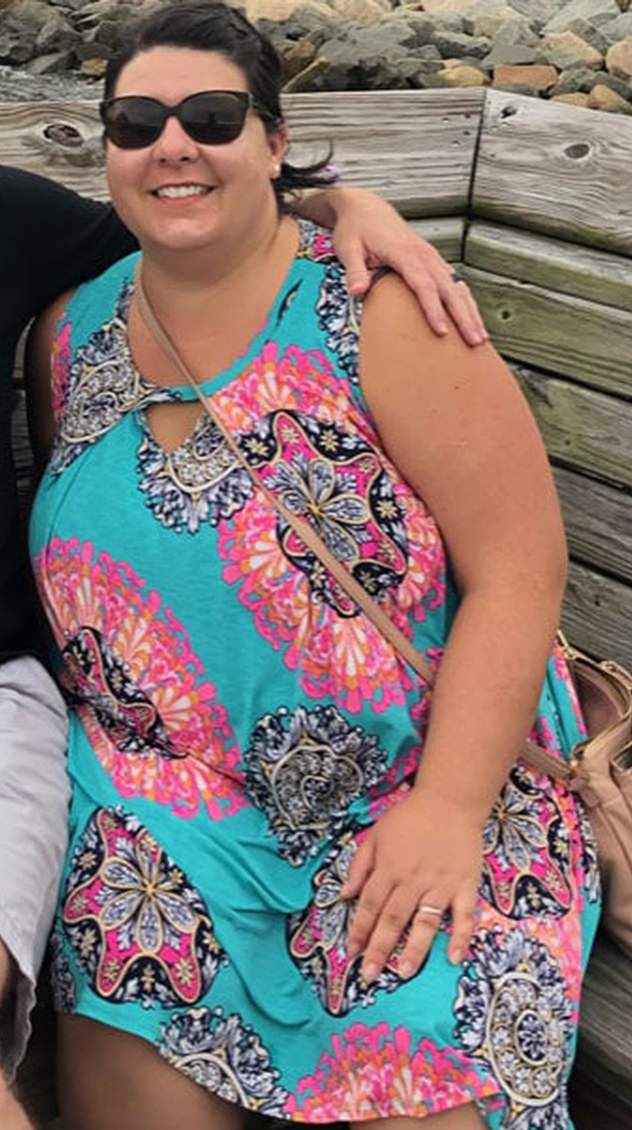 Hillary, pictured, before her surgery, when she eventually hit 18 stone. Severely overweight patients are being offered a pioneering operation on the NHS that could help them lose up to six stone in six months – slashing their risk of diabetes, high blood pressure, heart attacks and strokes

Consultant gastroenterologist Mr Rehan Haidry said: ‘We’re at a turning point in how we treat patients with obesity. With endoscopic sleeve gastroplasty, the risk of side effects is very low and patients are able to go home the same day.’

Other reversible weight-loss procedures include the gastric band, in which a ring is implanted around the stomach, limiting the amount that can be eaten.

However, Mr Haidry explains that the procedure has been phased out in the past five years as although it can help patients lose between 50 and 60 per cent of excess body weight over two years, more than nine in ten patients later regain the weight. Fitting the band also required an operation, with incisions made in the abdomen.

With the new operation, the stomach isn’t cut or removed. Instead, instruments inserted via the mouth are used to gather a section of the stomach wall which is stitched together, making it smaller.

‘If a patient repeatedly over-eats, the stitches will break and the stomach will return to a normal size,’ explains Mr Haidry. ‘But we see remarkable weight-loss results because part of the treatment involves educating them about how they’ll be back at square one. This helps them control their urge to over-eat.’

Some 6,700 weight-loss procedures are carried out every year on the NHS, according to official figures.

During the procedure, carried out under general anaesthetic and taking about an hour, the surgeon inserts a tiny camera attached to a long flexible tube, called an endoscope, through the mouth and down into the patient’s stomach.

Also attached to the endoscope is a device called ApolloSX, which helps the surgeon map out the operation, grab sections of the stomach wall and place stitches through it. The stitches are made of a non-absorbable nylon-based material which is resistant to stomach acid.

‘Using between four and six stitches, you criss-cross your way from the bottom of the stomach to the top,’ says Mr Haidry. ‘This changes its shape from an oval to a banana. Most people can go home the same day and they’ll be back to work within a week.

‘With a sleeve gastrectomy, patients had to stay a week in hospital, with a recovery time of up to a month. The new process is quicker, meaning it’ll help us tackle the waiting lists.’

At present, patients can wait up to two years for weight-loss surgery, which can lead to a host of health problems developing, including diabetes and high blood pressure, or trigger heart attacks and stroke.

Hillary Liles, a 38-year-old therapist from North Carolina, realised drastic action was needed in early 2020 when, during a trip to Disneyland, she was too large – at 18 stone – to enjoy the rides.

‘I realised the procedure was a solution that fell in between dieting and weight-loss surgery – less invasive but serious enough to be a really good tool,’ says the mother-of-one. Within nine months, she had lost six stone.

‘Now I can do the gardening again without feeling as if I’ve been hit by a truck,’ she adds. ‘I also sleep better and I enjoy fitting into smaller clothes. But I find that I’m still avoiding looking in the mirror – it’s like I still haven’t realised what a big deal this is.’