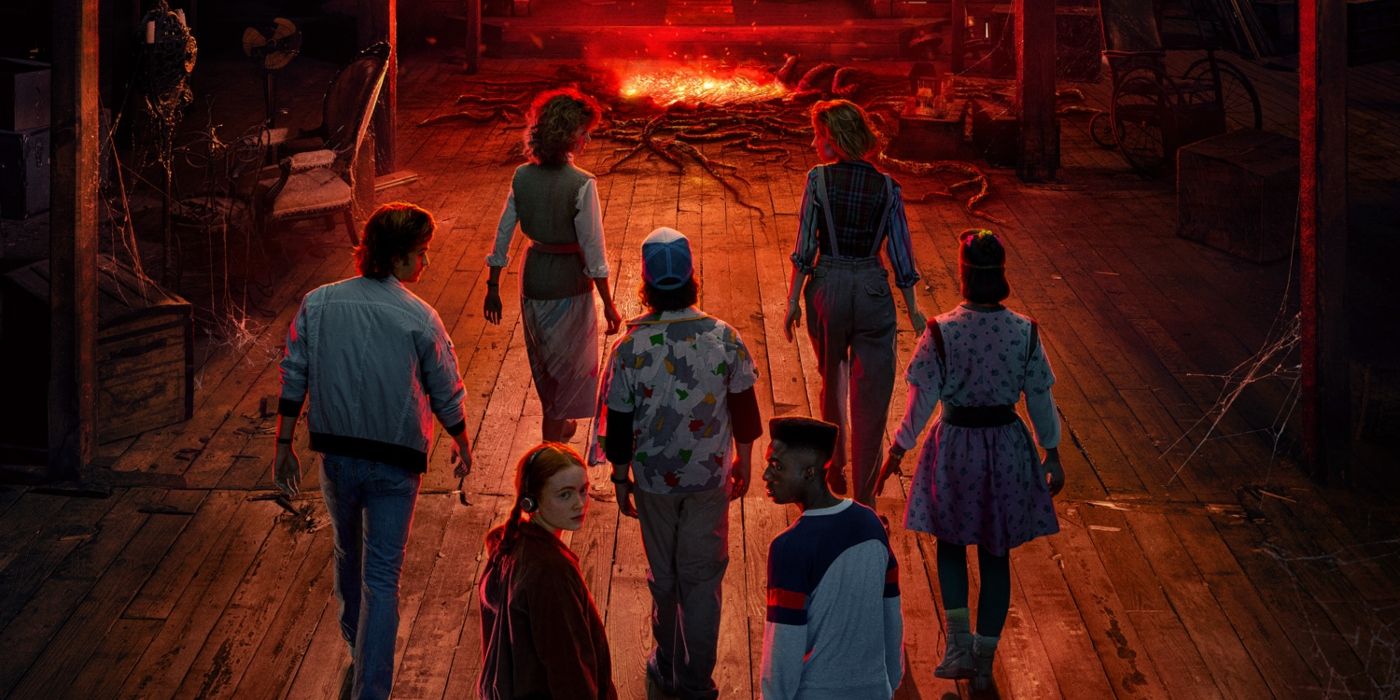 One of the biggest draws about Stranger Things has always been its villains. While the series prides itself on fun ’80s nostalgia, the creatures add true horror to the story in ways that would make Stephen King fans tremble. Whether it be the Demogorgon, the Demodogs or the giant Mind Flayer, the Duffer brothers know how to up the tension, suspense and overall scare factor through their antagonists. Now the first official trailer for Season 4 has revealed that the series’ newest villain may be its most terrifying yet.

The villain’s identity is not confirmed due to the mysterious nature of the trailer, but the opening shot hints at some blue-eyed monster calling the shots. The monster begins the trailer with a voice-over, stating, “You’ve broken everything” while the camera pans over the closed rift to the Upside Down. The voice continues by saying “Your suffering is almost at an end” as the trailer moves closer to the clock in an old, seemingly haunted house, indicating the house is where the new monster resides. But have audiences already got a clue about its identity?

Who Is the Main Villain in Stranger Things Season 4?

The very end of the Stranger Things 4 trailer features the monster descending from the rafters in the house. As the red lightning of the Upside Down strikes, it speaks some intimidating words: “It’s time. You have lost!” That indicates it might be speaking to Eleven and letting her know all her efforts to close the Gate and kill the minions from this dark dimension during their incursions have been for naught. The monster is the coolest one in the show’s history, with the spider-like being looking like one of Game of Thrones‘ White Walkers (which kind of contextualizes the recent Game of Thrones comparison).

When the episode titles were revealed (along with the news of double-length episodes), fans immediately noted the second one, “Vecna’s Curse.” In Dungeons & Dragons, Vecna was a human wizard who became corrupted along the lines of Star Wars’ Palpatine and Harry Potter‘s Voldemort. He wanted to seek knowledge out to cheat death and instead mutated into a lich: an undead skeletal magic-user that’s also been seen in Castlevania, with Stranger Things’ tentacled overlord also somewhat resembling that character visually. So should fans expect a D&D showdown?RELATED: Netflix Encourages Fans to Re-Binge Stranger Things Before Season 4

Could the Monster be Dungeons & Dragons’ Vecna?

Given that Vecna could preserve his essence in relics and different interpretations linked the being to either finding a successor or possessing folks, it’s easy to see the creature being connected to Will (played by Noah Schnapp, who got very emotional when he learned Stranger Things was ending) after his time in the Upside Down. The Mind Flayer previously possessed Will while Billy also amassed an army of humans to form their Meat Monster, so Vecna could be the one behind those instances of mind control. Perhaps he was shaping an army that could prepare the world for his entry or even rebirth (as viewers don’t know if he walked the planet in the past).

Since Will was the wizard when the Hawkins teens played D&D in Indiana, he could end up being the counterpoint to Vecna. It’s possible he has residual, non-corruptive powers he can harness after his possession. But what’s worth noting is that Max is clearly grieving Billy after he redeemed himself last season, so she could be tempted by this monster if it offers her a way to reunite with him. Whoever or whatever it is, this entity seems more assured, calculating and dangerous than anything Stranger Things has introduced before.

Season 4 of Stranger Things premieres May 27 on Netflix.

I’m a former Chemical Engineer. It was boring so I decided to write about things I love. On the geek side of things, I write about comics, cartoons, video games, television, movies and basically, all things nerdy. I also write about music in terms of punk, indie, hardcore and emo because well, they rock! If you’re bored by now, then you also don’t want to hear that I write for ESPN on the PR side of things. And yes, I’ve written sports for them too! Not bad for someone from the Caribbean, eh? To top all this off, I’ve scribed short films and documentaries, conceptualizing stories and scripts from a human interest and social justice perspective. Business-wise, I make big cheddar (not really) as a copywriter and digital strategist working with some of the top brands in the Latin America region. In closing, let me remind you that the geek shall inherit the Earth. Oh, FYI, I’d love to write the Gargoyles movie for Disney. YOLO. That said, I’m on Twitter @RenaldoMatadeen. So holler.

Will Smith tearfully explains why he slapped Chris Rock at…