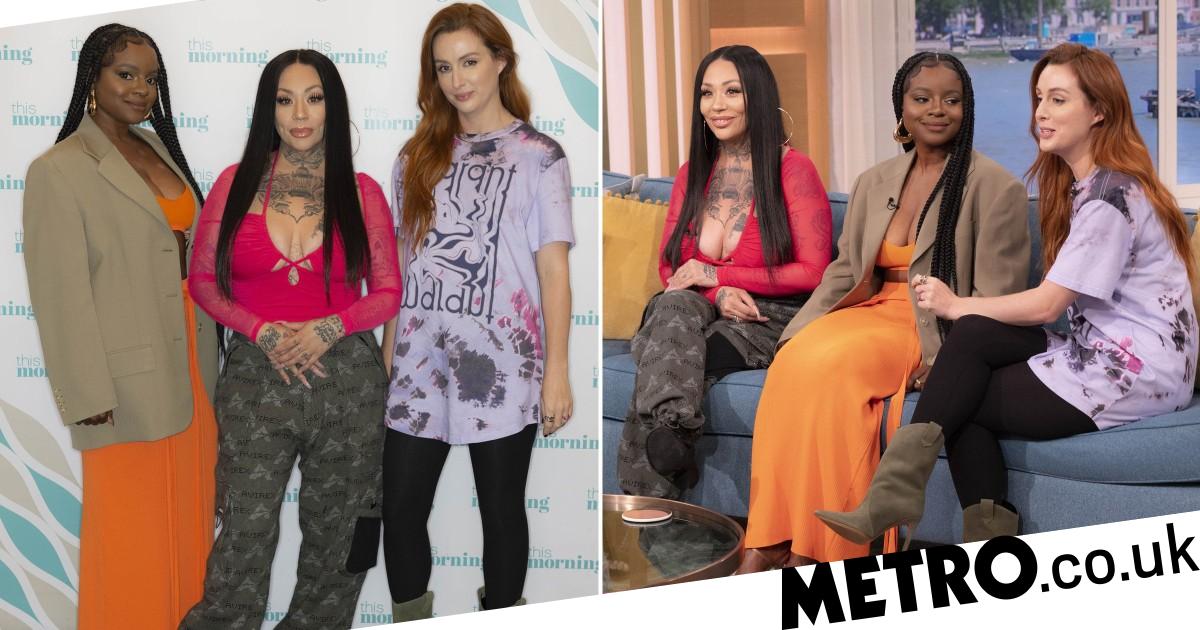 The Sugababes have brought the noughties nostalgia news we’ve all been waiting for and confirmed they’re back after more than 20 years.

The original trio, Keisha Buchanan, Siobhan Donaghy and Mutya Buena, revealed on Thursday that they’ll be embarking on a 17-date tour across the country, saying they’ve ‘come full circle’.

Speaking to Phillip Schofield and Holly Willoughby on This Morning, the group spoke about what it’s like being back together again, ahead of performing on stage at Glastonbury this Friday.

They’ll then be embarking on their headline tour for the first time in more than two decades, as they announced: ‘We’re so excited to come full circle and announce our own headline UK tour.’

The trio, who first formed in 1998, will be performing for fans across the country in October and November.

They have six Number One singles and made classic hits like Overload, Freak Like Me and Run For Cover.

Speaking about how young they were when they started, Siobhan, who joined the group aged 13 and is now 38, said: ‘There was obviously a lot of scrutiny, we were three awkward teenagers and we didn’t go to stage school or anything like that and we’re still not media trained as you can probably tell, but you’re really hard on yourself and it’s so different this time round, we’re just so much more relaxed.’

Mutya, 37, added: ‘People didn’t realise how young we were, people thought we were older!’

Keisha, also 37, recalled their time on stage, saying: ‘We were fighting for the name [Sugababes] and legally we wanted it back. It was really important for us because we came up with it when we were kids, but we stuck together and it’s who we are really and we’re just glad that we’ve got it back… and that’s why everything we do now means so much more.’

Speaking about their upcoming tour, for which tickets go on sale on July 1, Keisha said: ‘We are so excited and already brainstorming ideas, and we have an amazing band… look at us now, we’re doing it!’

The new members stopped making music in 2011, and while the original trio did reunite to create new music in 2012, they reformed with the name Mutya Keisha Siobhan, before securing the legal rights to their group name in 2019.

This Morning airs weekdays from 10am on ITV.