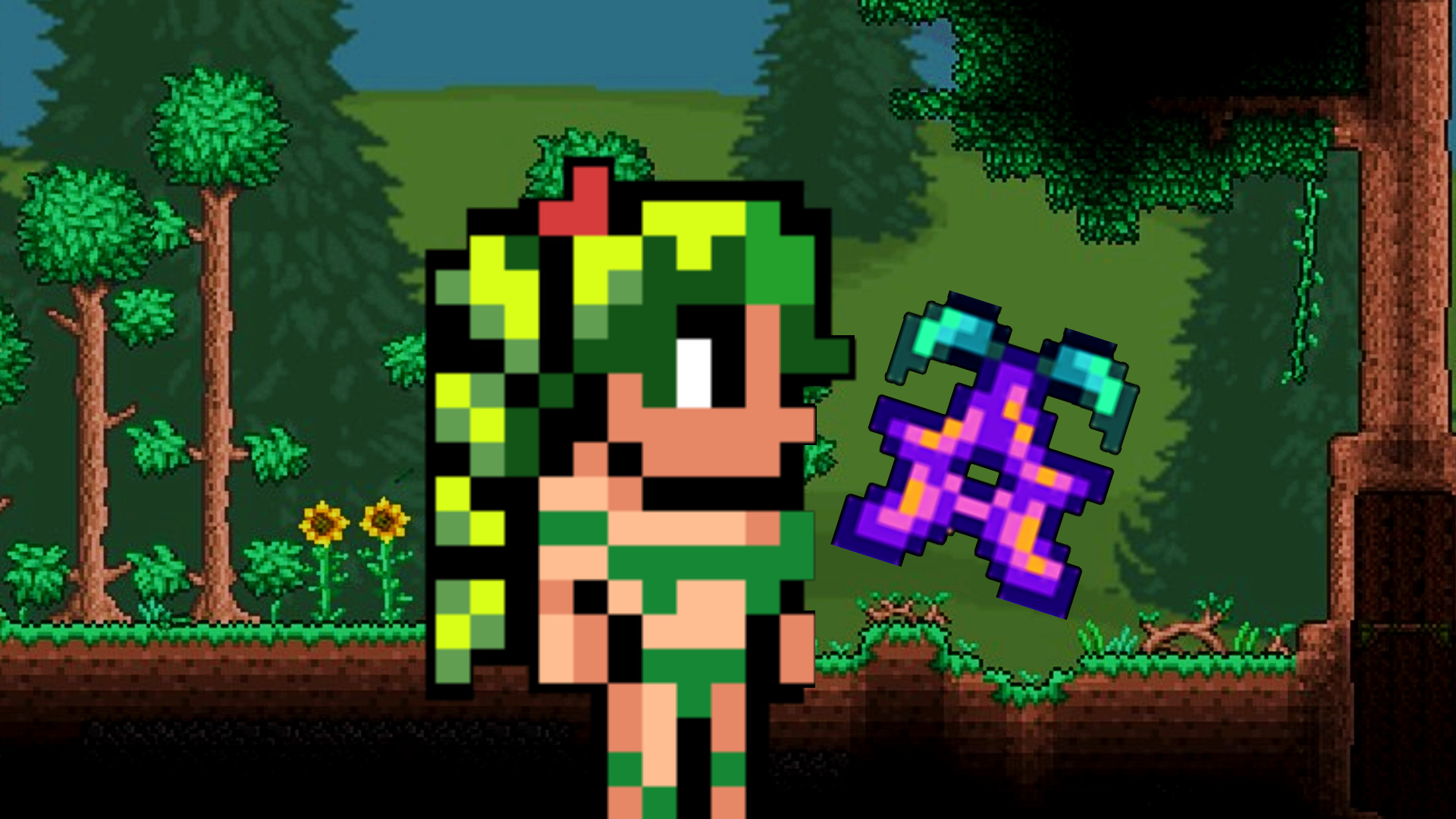 A surprise Terraria crossover discovered in the Terraria 1.4.4 update Labor of Love is delighting fans by bringing together two of the best sandbox games on PC. While some collaborations such as the Core Keeper Terraria crossover were listed among the Terraria Labor of Love patch notes, certain others have been kept a secret. As such, consider this a spoiler warning for this particular addition to one of the best crafting games – though we’ll be careful not to give away anything else too significant.

This particular indie crossover actually features two separate pets to collect, courtesy of beloved farming game Stardew Valley. That’s right, two of the biggest indie sandbox darlings have finally collided in Terraria’s latest update, and you can get your hands on a Junimo pet as well as the iconic rare Blue Chicken from the ConcernedApe game.

In order to get your hands on the Junimo, one of the joyful forest spirits found in Stardew Valley’s Community Centre that help the player to shut down the efforts of the encroaching Joja Corporation, you’ll first need to go fishing. If you’re lucky, you might happen to pull up an empty can of Joja Cola – this can then be taken to the Dryad NPC, who will tell you that “This unnatural beverage has a connection to another world” and will offer to purify it. Doing so opens a star-shaped portal through which you can actually catch a brief glimpse of Stardew Valley itself, and awards you a Stardrop fruit which can then be used to summon the Junimo.

The other pet is a little simpler to get your hands on, as it can be purchased from Terraria’s Traveling Merchant for 25 gold. It’s a Blue Chicken Egg that, shockingly enough, summons a Blue Chicken pet to your side. The tooltip even notes that “The name tag says ‘Shane,’” a nod to the fact that the rare Blue Chicken in Stardew Valley can only be obtained after becoming close friends with local resident Shane.

It remains to be seen what other secrets Terraria’s Labor of Love update holds – there’s so much present in the patch that, while it seems like most of the hidden secrets have already been uncovered, it’s likely that there is still plenty more to discover. In particular, additions such as the new Terraria biome and liquid have an astonishing potential to hide even more tricks up their sleeve.

If you’re diving into Labor of Love, check out our guide to the Terraria bosses in order as well as how to maximise Terraria happiness for your NPCs. We’ve also taken a look at one of the most exciting new additions in 1.4.4, Terraria drones, and have picked out some of the best Terraria mods to further enhance your game. Of course, we’ve also got plenty more of the best indie games like Terraria and Stardew Valley for you to peruse as well.