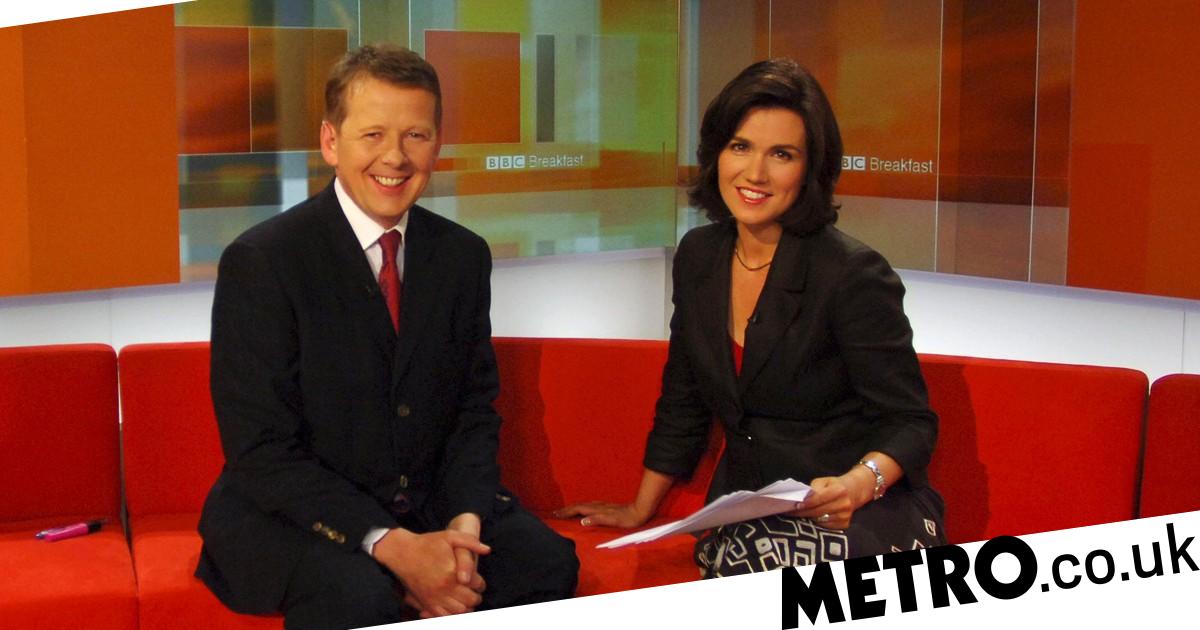 Good Morning Britain host Susanna Reid has admitted that she once thought her career would be over after a ‘failure’ BBC Breakfast interview.

Reid presented the news programme between 2003 and 2014, alongside Charlie Stayt and the late Bill Turnbull.

The 51-year-old then joined ITV’s GMB, presenting alongside the likes of Piers Morgan, Richard Madeley, and Ben Shephard.

Speaking about her late co-star, Reid remembered Turnbull as an ‘amazing friend’ who taught her ‘everything at the beginning’ of her career.

Speaking to Woman&Home, Reid shared: ‘Bill Turnbull taught me everything at the beginning of my career and was an amazing friend.

‘I did my first live shift on BBC Breakfast alongside Bill 20 years ago, and remember doing an interview with a politician who spoke non-stop for three or four minutes.

‘I didn’t have the confidence to say, “Let me stop you there.”‘

She continued: ‘Afterwards I thought, “What an utter failure! My career as a
broadcaster is finished!”

‘We came off-air and Bill said, “You didn’t muck up. You’ll get better. It happens to all of us.”

‘He could have been critical, disdainful or looked down his nose at me, but he was so kind.’

‘Since Piers left, we’re still in touch regularly,’ she said.

‘His legendary Christmas party is not to be missed! We have a million brilliant people working on our show and I love the rotation of male presenters.

‘In the words of the late great Sir Bruce, they’re all my favourites!’

The January issue of woman&home is on sale 08 December 2022.


MORE : As Mick Lynch announces Christmas train strikes, Susanna Reid asks: ‘How are you NOT the Grinch?’