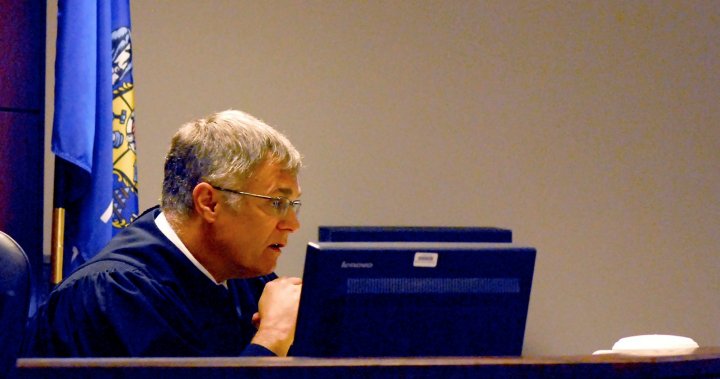 A retired Wisconsin judge was killed on Friday in his home in what law enforcement officials are labelling a targeted killing.

A suspect was apprehended at the scene and it’s been reported that he had on him a hit list, which included the names of at least three prominent politicians.

Police found John Roemer, 68, who sat on the Juneau County Circuit Court bench, shot to death in his home in the Township of New Lisbon on Friday morning, according to the Wisconsin Department of Justice. A senior law enforcement official told NBC News that Roemer had been zip-tied to a chair.

Douglas K. Uhde, 56, who was found inside Roemer’s home with apparent self-inflicted gunshot wounds, was apprehended by police and has been named a suspect. Uhde has not yet been charged with any crimes related to Roemer’s murder.

Uhde was sentenced to six years in prison by Roemer in 2005 for armed burglary with a dangerous weapon, though no official motive for Roemer’s killing has been established. Uhde was also convicted of charges in 2006 and 2007 for fleeing police and obstructing an officer.

At around 6:30 a.m. on Friday, a call came in that an armed person was inside Roemer’s home and that two shots had been fired. The person who made the report had been inside the home with the former judge but escaped to a nearby residence.

When police arrived at the scene, they attempted to negotiate with Uhde, who was still in the home at the time. After negotiations proved unsuccessful, a response team entered the residence shortly after 10 a.m. Authorities found Roemer’s body in the basement, as well as a firearm.

Uhde was rushed to hospital for gunshot wounds and remains in critical condition, the Wisconsin Department of Justice said.

Wisconsin Attorney General Josh Kaul told reporters at a news conference that Uhde “appears to have had other targets” but did not specify who those targets were.

“It appears to be related to the judicial system,” he said. “At this point, we are not aware of any evidence indicating that there is any active danger to other individuals. Those who may have been other targets have been notified of that.”

CNN also spoke with a source familiar with the investigation who confirmed the same names as were divulged to NBC News.

A spokesperson for Evers declined to comment on the threat, but Evers did say on Saturday that Roemer’s killing was “abhorrent.”

“I mean, the idea that, as I said before, a judge from a rural county is targeted and murdered, it’s just abhorrent to our judiciary and to leadership in our state and our county,” Evers said. “It’s a horrible situation. I grieve for him. I grieve for his family. And God, we can do better than this in Wisconsin.”

Whitmer’s office confirmed that it had been notified by law enforcement about the threat against the Michigan governor.

“Governor Whitmer has demonstrated repeatedly that she is tough, and she will not be bullied or intimidated from doing her job and working across the aisle to get things done for the people of Michigan,” her office said in a statement.

U.S. Capitol Police were notified about the appearance of McConnell’s name on the hit list, according to NBC News.

Roemer retired from judicial duties in August 2017. He was first elected to the bench in 2004 and was re-elected in 2010 and 2016. Roemer also served as an assistant district attorney for Juneau County and an assistant state public defender.

He was a lieutenant colonel in the U.S. Army Reserves.

‘We are absolutely destroyed’ — Health workers facing burnout, even as COVID levels ease

“Judge Roemer dedicated much of his career to public service in the law,” Ziegler wrote in a statement. “He was known by colleagues for his sharp legal mind and his willingness to share his time and knowledge with others.”