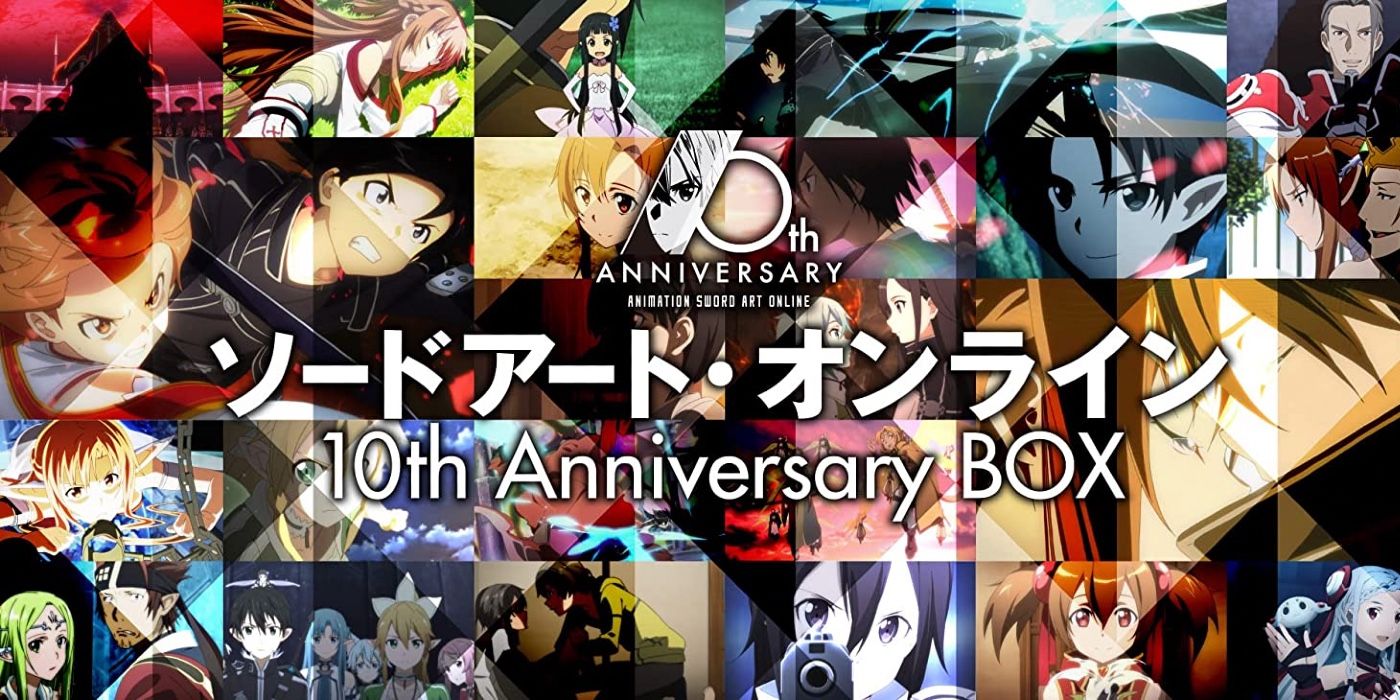 Sword Art Online fans in Japan will soon have the opportunity to own a tenth anniversary box set for Reki Kawahara’s hit isekai series. This set will contain the first two seasons of the anime, the series’ first movie and tons of bonus materials.

As revealed on the series’ official tenth anniversary website, this box set will consist of 20 discs total. 12 of these will be Blu-rays that contain the animated material, which, in addition to the first two seasons of Sword Art Online and the 2017 film, Ordinal Scale, it will also include the movie-length special, Sword Art Online-Extra Edition. These discs will contain the trailers for the series, along with several commentary videos starring chibi versions of the cast. Credit-free versions of the opening and closing segments will also be included.

Related: The Sword Art Online-Inspired Headset Has Failed-But Is It The Future Of VR?

The remaining eight discs will contain audio material from the anime’s soundtrack. More than 200 tracks will be on these CDs, including 131 songs from the Sword Art Online Music collection, and around 60 from the Ordinal Scale film. Along with selections from the primary anime soundtrack and the film’s soundtrack, there will also be selections from the Sword Art Online Song Collection, which was sold separately from the Music Collection and mainly contains “character songs,” which are tracks sung by the series’ voice cast. There are two Song Collection disks, one dedicated to each season of the anime.

In addition to the video and music discs, the anniversary bundle will also include a 500-page storyboard book and a 100-page illustration book included with the set.

Preorders for the Sword Art Online 10th Anniversary box are currently available on numerous Japanese retail sites, including Amazon Japan. Only 10,000 box sets for this collection are being produced, and the series is currently priced at 65,780 yen, or about $518 USD by current exchange rates. The collection will release in Japan Oct. 31. An international release for the box set has yet to be announced.

Since Season 1 of the anime premiered back in 2012, Sword Art Online has acquired a massive following, with several spin-off series’ and video games. Sword Art Online Progressive: Aria of a Starless Night, the latest film in the franchise, was released in 2021 and will receive a sequel, Scherzo of the Dark Dusk, later this year. The anime series is currently available to stream on Netflix, Hulu and Crunchyroll.

Biden and BTS to meet and discuss hate crimes against Asians