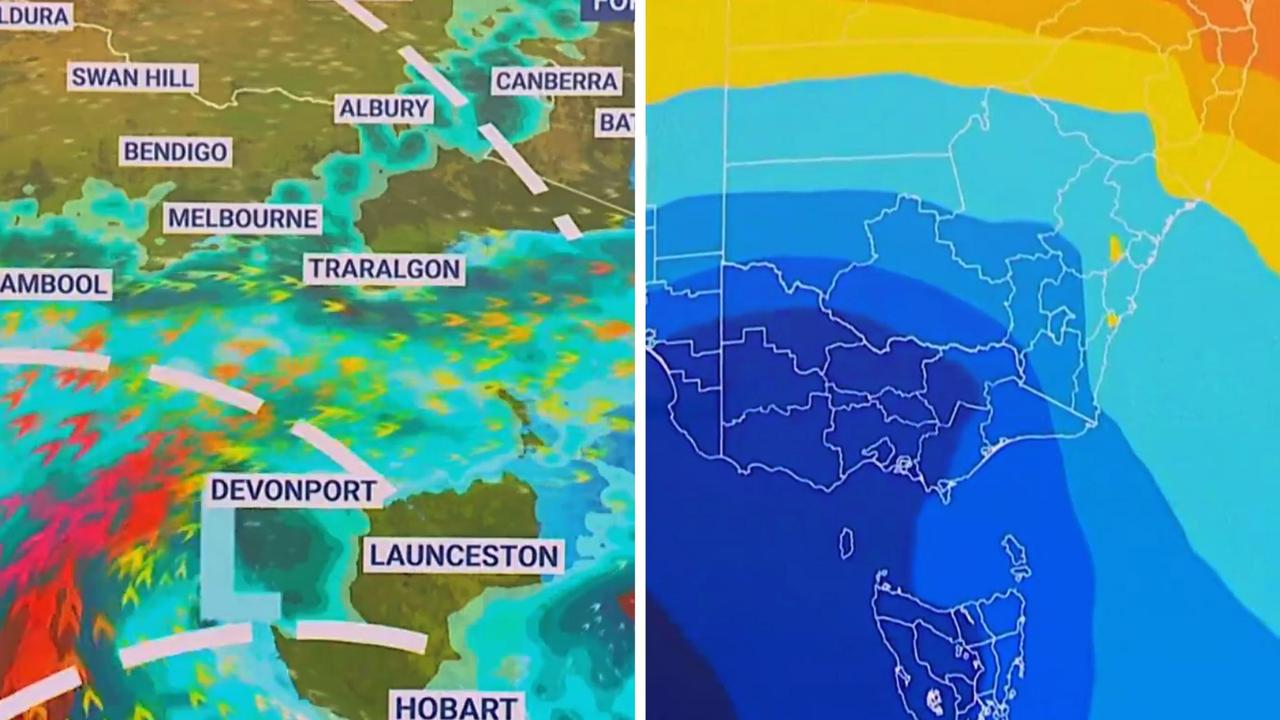 Temperatures plunging below freezing and 100km/h gales are on the cards and forecasters have said the icy conditions show no sign of stopping.

Australians are being urged to “buckle up” as temperatures plunge to some of their coldest of the year so far as a destructive cold front continues to batter the east of the nation.

“The bitterly cold weather is here to stay,” one forecaster has warned.

A severe weather warning is now in place for much of the New South Wales coast including Sydney, Newcastle and Wollongong for damaging winds with peak gusts of 100 km/h and blizzards at higher elevations.

Canberra will also likely be buffeted and could see temperatures sink below freezing. Melbourne too could see gales during Wednesday morning.

“A turbulent Tuesday will give way to a windy Wednesday across the eastern parts of the country,” said Sky News Weather meteorologist Alison Osborne.

“The wintry weather is just beginning across the southeast, with another dangerous system on the way.”

Severe weather for much of the east coast

Early on Wednesday, the BOM issued severe weather warnings for much of the country’s populated east. From southern and eastern parts of Victoria, all the way up the NSW coast, along the Great Dividing Range and almost into Queensland.

A low pressure system over the Tasman Sea and a trough are strengthening winds in NSW. Wind speeds of 70-80 km/h are possible on Wednesday with peak gusts of 100km/h.

Blizzards at locations above 1800 meters are also a possibility.

In Victoria gusts of 40-60 km/h up to 90 km/h could be recorded during Wednesday morning, concentrated on coastal areas and elevated areas. Blizzards and gusts of up to 100 km/h are possible in the mountains.

And it doesn’t end today, said Ms Osborne. A lull on Thursday is just a pause in proceedings.

“A high pressure system moves over by Thursday, clearing conditions and bringing a spell of calm weather for you in the southeast,” she said.

“Though there’s another dangerous system on the way you need to buckle up for.”

Ms Osborne said it would be bitterly cold in some areas.

“Temperatures are much colder than average again on Wednesday with lots of shivering in the single digits.

“We’ll see some of the coldest weather so far this year reaching the NSW coast and that does remain colder than average across the rest of the southeast.”

The wind in Melbourne will ease as Wednesday continues as will the rain which could measure up to around 8mm.

Temperatures should peak at a mere 12C on Wednesday and then hover around that for the rest of the week with lows as chilly as 5C early on Thursday.

Snow will be a feature on the Alps as the mercury heads down to -4C at night and below freezing all week at 3pm. Up to 30mm of the white stuff could fall in Mt Hotham on Sunday alone.

Hobart will see several days of temperatures bobbing around 12-14C and lows of 5C.

Up to 6mm of rain is due on Wednesday but then drier until the weekend. Kunanyi/Mt Wellington could see a dusting of snow.

Overnight temperatures in Canberra will fall to around -2C every night this week with highs of just 2-3C which will demand all the winter woollens. Wednesday could see now in the capital.

A windy Wednesday in Sydney will reach a high of 15C. On Thursday it should be much calmer with a high of 18C and a low of 8C. Friday could see some showers in the Harbour City.

Temperatures should crack the 20C mark in Brisbane. Like much of the east coast wind could be a feature on Wednesday although less damaging than further south.

The rest of the week in Brissy should be mostly sunny with similar highs and overnight lows of 7-9C.

Warm in Cairns and mostly sunny with highs of 28C.

Darwin will be dry for the coming days with maximums touching 32C and overnight lows of 24C.

Calm in Perth with high of around 20C for the next seven days and minimums of 7-9C. There will be a possible shower on Thursday.

Mid-teen highs in Adelaide and 8C lows with grey skies until Friday. There could be some heavy rain coming from Friday with up to 20mm falling on Saturday and 15mm on Sunday.

Originally published as ‘Buckle up’: Warning of gusts of 100 km/h for east as bitter weather conditions continue

Can Max Verstappen win the F1 title this weekend at the…