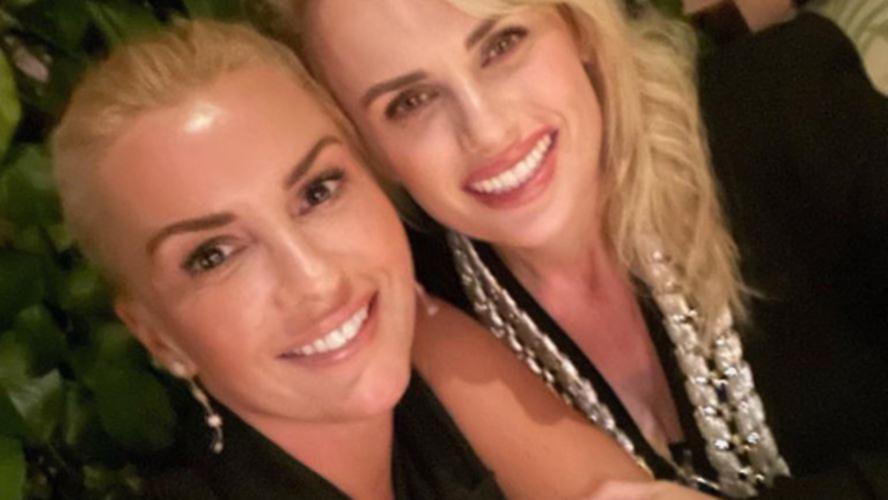 An Australian media outlet is copping a huge backlash after threatening to “out” Rebel Wilson before she went public with her new girlfriend.

The Aussie actress announced her new relationship with Ramona Agruma on Instagram on Friday, showing a photograph of her cosying up the fashion designer.

“I thought I was searching for a Disney Prince… but maybe what I really needed all this time was a Disney Princess,” she gushed to her 11 million followers.

But it has since been revealed she may have been hurried into the announcement after being contacted by a journalist at The Sydney Morning Herald a day earlier.

After it became clear she had been quizzed by gossip columnist Andrew Hornery, Twitter users laid into the publication, prompting Rebel to respond.

“Thanks for your comments, it was a very hard situation but trying to handle it with grace,” she said.

In Hornery’s column, which has since been removed, he fumed at Rebel for “opting to gazump” his publication by breaking the news first.

But readers were furious at the SMH’s move, taking to Twitter to vent about its “disgraceful behaviour”.

“Are you getting the message yet that outing people without their consent is utterly unacceptable in 2022?” wrote one Twitter user.

And another claimed the decision to publish the article “shows us that it is not just one rogue journalist, but a systemic failure by @smh to respect queer people’s privacy”.

Responding to the furore, editor Bevan Shields defended the article, saying it was “wrong” to say his publication “outed” Rebel and that the same would have been asked “had Wilson’s partner been a man”.

But on Monday, Hornery admitted he had made “mistakes” in handling the story.

He said he had heard rumours of Rebel’s new romance and contacted her management for a response, giving her until Friday afternoon to respond. His column was due to be published the next day.

Hornery, who is also gay, has since vowed to “approach things differently” after his company was roasted by fans who accused them of taking the star’s decision to come out into its own hands.

“It is not the Herald’s business to “out” people and that is not what we set out to do. But I understand why my email has been seen as a threat,” Hornery wrote on Monday.

“The framing of it was a mistake.

“The Herald and I will approach things differently from now on to make sure we always take into consideration the extra layer of complexities people face when it comes to their sexuality.”

Hornery’s gossip column, referencing Rebel’s relationship, has since been replaced with his latest explanation.