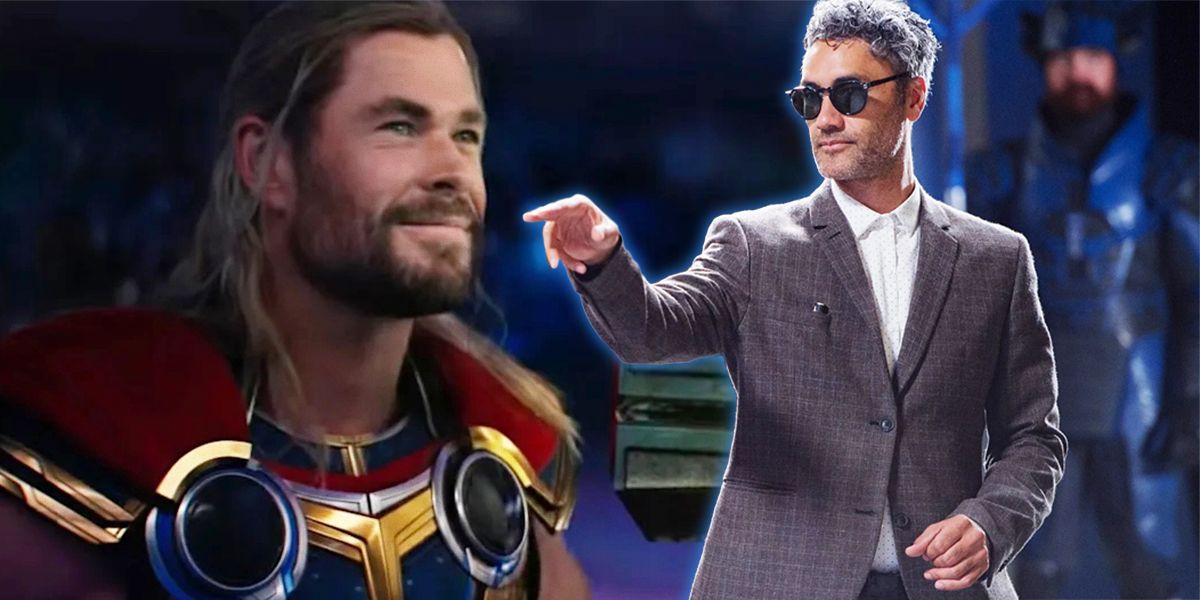 Director Taika Waititi recently spoke about how much he loves trolling fans over their Thor: Love and Thunder theories.

Waititi joked about baiting the God of Thunder’s fanbase during an appearance on The Late Show with Stephen Colbert. “I like to listen to the fans and then I like to troll the fans back a bit, because it just brings me some little bit of joy. Just a little bit,” he said. “I don’t have many joys in my life, y’know, I’ve got my kids and trolling fans. But I like… when I did [Thor: Ragnarok], there were a few people who didn’t know what I did and what I’d done before, and they said, ‘Aw, he’s gonna ruin this! He’s gonna ruin Thor!’ And I would write back ‘Oh, I’m gonna ruin it alright. Oh, a hundred percent, I’m gonna ruin it for you.’ And then I would say things like ‘You don’t know what you want until I give it to you’ and stuff like that. I know, I know, it’s rude — but it’s true.”

Waititi also discussed how much Thor: Love and Thunder is influenced by Norse mythology, citing Thor’s goat-drawn Viking longboat as an aspect of the film some fans have erroneously attributed to his own imagination. The Kiwi filmmaker added that actual Norse myths often include crazier plot developments than his movies, recalling a story in which Loki gives birth to an eight-legged horse. “Why was that not in Avengers? We got to start a petition. We need to see [Loki star] Tom Hiddleston pregnant with a horse,” he quipped.

Thor: Love and Thunder star Chris Hemsworth recently praised Waititi’s famously irreverent approach to the Marvel Cinematic Universe, which was a key reason why he agreed to reprise the Thor role. The Aussie actor even went as far as to say he might not have returned for the upcoming sequel without Waititi handling the writing and directing duties. “I don’t know that I would’ve done another if Taika hadn’t said yes, he was going to do it,” Hemsworth said. “And he had written this beautiful script which was a wacky, crazy, romantic comedy set in space and that I hadn’t seen before.”

Related: Chris Hemsworth Plans to Stop Playing Thor Before Fans Want Him To

The free-spirited vibe Waititi brought to Thor: Ragnarok apparently appealed to Hemsworth’s Thor: Love and Thunder co-stars, as well. The director recently revealed that both Natalie Portman and Christian Bale joined the cast because they wanted to work on a fun project. In Portman’s case, Waititi said this meant changing the Jane Foster character she previously portrayed and “[giving] her a bit more license to be adventurous and fun.”

Things to do in L.A. this weekend: Bad Bunny heads to SoFi, Shaquille O'Neal…

This kind of coffee especially lowers risk of heart problems…