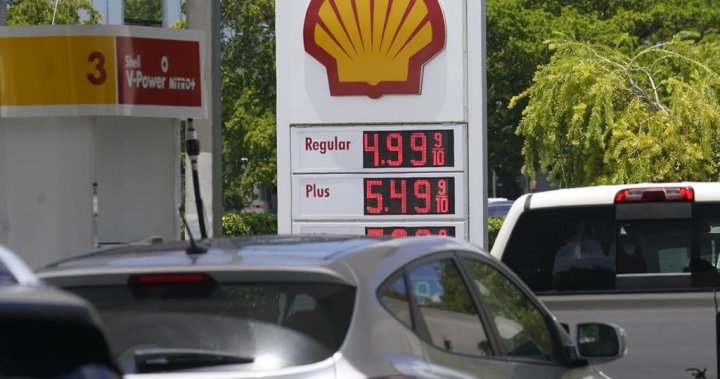 Major U.S. oil refiners and U.S. Energy Secretary Jennifer Granholm emerged from an emergency meeting on Thursday on how to lower pump prices with no concrete solutions but a promise to continue talking, according to a source familiar with the discussions.

The two sides entered the meeting with a promise to work together in good faith, but they are still far apart on solutions. The discussion comes at a tense moment for President Joe Biden and Big Oil. The president has criticized its CEOs for reaping huge profits from a fuel supply crunch exacerbated by Russia’s invasion of Ukraine.

Granholm, striking a more conciliatory tone, expressed interest in a refiner proposal to waive summertime gasoline specifications that combat smog but make the fuel more expensive, a source said. She also downplayed a proposal to ban, or limit, fuel exports as a viable short-term option, the source said.

The average price of gasoline was $4.955 per gallon on Wednesday, according to data from the American Automobile Association, 37 cents more than a month ago, and $1.89 more than a year ago.

Refiners cut capacity during the COVID-19 crisis shutdowns, but post-pandemic demand and a global fuel crisis after Western nations sanctioned Russian oil have driven prices up.

Exxon Mobil XOM.N, Chevron CVX.N and other refining giants reported a massive jump in profits at the end of 2021 and the first quarter of this year and have showered shareholders with buybacks and dividends.

The White House has targeted the refining industry’s decision to idle about 1 million barrels per day of production capacity since 2020, arguing they should use their bumper profits to restart plants or units and help fill the supply gap that is driving up prices.

Refiners have a “patriotic” duty to help with supply, the White House has said.

“I think this is more political fanfare than it is about policy and substance,” John Hess, CEO of oil producer Hess Corp HES.N, said at a conference in New York on Thursday. Hess, which does not operate refineries, was not invited to the meeting.

14:43
U.S. open to more Canadian oil and gas but needs to ‘define our terms’ for future expansion

Refiners say investing in reopening plants carries significant financial risks. The Biden administration came into office vowing to shift the country away from fossil fuels that contribute to climate change, and has secured billions of dollars for the electric vehicle industry.

A group of 25 drilling and pipeline industry groups including the American Petroleum Institute and the Independent Petroleum Association of America sent a letter to Biden on Thursday urging him to visit America’s vast energy sources ahead of a July trip to Saudi Arabia, where the president is expected to encourage the oil-rich country to boost production.

“American-made energy solutions are beneath our feet, and we urge you to reconsider the immense potential of U.S. oil and natural gas resources – that are the envy of the world – to benefit American families, the U.S. economy and our national security,” the group wrote.

The industry went into the meeting seeking to convince the Biden administration not to ban U.S. fuel exports to combat record gas prices. They argue a ban will hurt allies who depend on the exports and force refiners to shut off capacity due to loss of markets. Granholm all but took the option off the table as a short-term solution, the source said.

Biden, a Democrat, on Wednesday called on Congress to pass a three-month suspension of the federal gas tax, but that was met with opposition from lawmakers within his own party who say it may provide little relief while blowing a hole in a Highway Trust Fund budget that is funded by the gas tax.

Influencers were paid by Google to promote a Pixel phone…