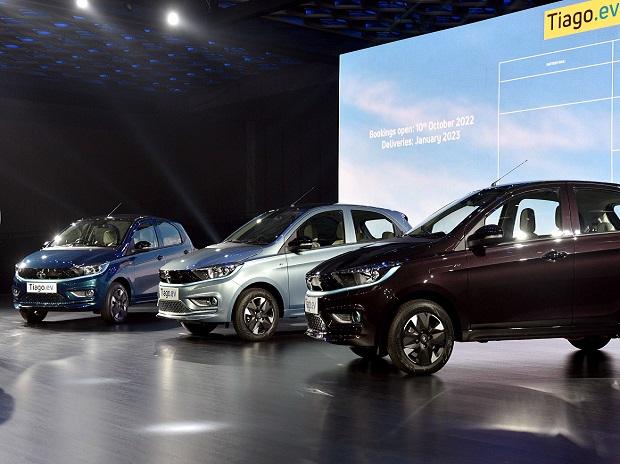 
The home-grown auto major currently does not offer four wheel drive trims in any of its existing product range which includes models like Nexon, Harrier and Safari.


The company aims to have a portfolio of ten electric products, a mix of existing nameplates and all new models, by 2025.


Tata Motors is looking at models above the Nexon range as possible candidates for the four by four (4X4) upgrade.


“Our focus will be to try and do that in the electric vehicles. We are going to work on this in the electric version of our future SUVs,” Tata Motors Managing Director – Passenger Vehicle and Electric Vehicles – Shailesh Chandra told PTI when asked if the company is also considering four wheel drive trims in its SUV range.


Some of the products in the company’s expected line up of ten electric models would feature the four by four capability, he added.


The four wheel drive mechanism allows power to flow into all four wheels of a vehicle enabling it to surpass tough off road conditions.


Even Maruti Suzuki has introduced an all wheel drive (AWD) trim in the recently launched mid-sized SUV — Grand Vitara.


When asked if Harrier and Safari, which currently come only with diesel powertrain, could be considered for a 4X4 upgrade, Chandra said that it was difficult to justify investment as sales remained dismally low of such models in the domestic market.


He further said: “Let us first transition to the new world (electric) and then we will start giving such an option there..if Harrier and Safari sales start going towards electric… then we can have four by four coming there.”

On the future of diesel cars, Chandra stated that the fuel would remain relevant for some time in the mid to high SUV segments.


“This is where the play of diesel would be prominent. Beyond a certain emission norm it would be difficult for diesel to really be seen as viable. So in the next ten years it is expected to come to a very low level,” Chandra said.


He said that the company is looking to expand its CNG range in all the relevant segments.

Reverend condemns ‘colonialism and racism’ in…