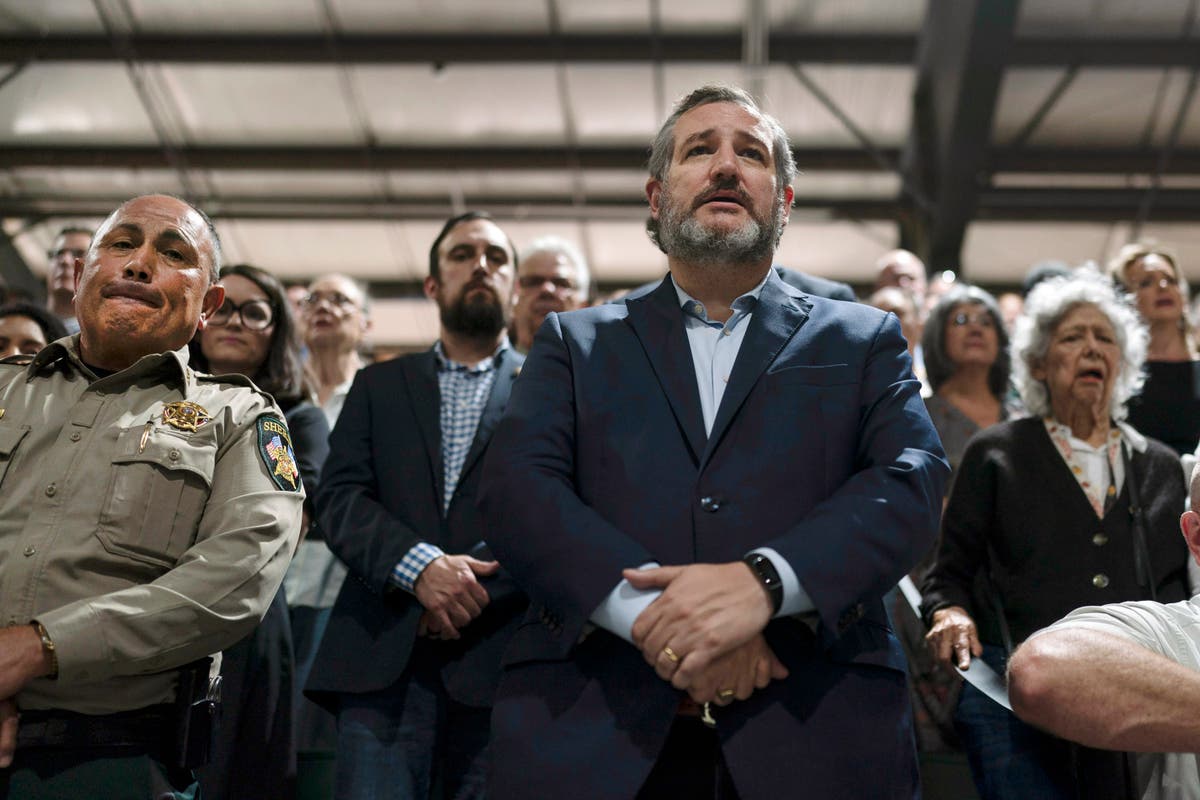 Senator Ted Cruz has claimed banning the high-powered military-style rifle used by mass shooters in a long line of school massacres would result in more children dying because Americans would not be able to use long rifles to stop street robberies.

Mr Cruz made the outrageous claim during remarks at the National Rifle Association’s annual convention in Houston, less than 300 miles from where an 18-year-old gunman used an AR-15-style rifle he’d purchased earlier this month to murder 19 children and two teachers at Robb Elementary School, in Uvalde, Texas.

The Texas Republican spent the majority of his 26-minute speech on Friday railing against Democrats, “elites,” and the press for suggesting that banning the rifle used by a majority of mass shooters over the last decade would result in fewer mass shootings and claimed the reason Democrats want to ban the weapon used to murder 21 people just three days ago is because they want to “disarm Americans”.

“They point gleefully to other countries that have disarmed their citizens, overlooking the rise in crime and sexual assaults that would immediately follow if they succeeded,” he said, suggesting that if bans on military-style rifles worked, the city of Chicago, Illinois — which for years has been struggling to curb homicides committed with handguns — would not be a “murder hellhole”.

“Guns are used defensively to stop a crime between 500,000 and 1 million times every single year. That means if the left disarms America, those crimes would no longer be stopped,” he said, adding that “many more single moms on subways” would be assaulted if they were not able to carry long rifles on their daily commutes because “only criminals would have guns”.

He added that “far more children” would be murdered if the weapon of choice for mass shooters were prohibited.

According to a 2016 Bureau of Justice Statistics study, only two per cent of federal prison inmates said they had used a rifle or shotgun while committing the crimes they were incarcerated for.

Federal Bureau of Investigation data also shows that the vast majority of murders – 62 per cent – are committed using handguns, while rifles such as the AR-15 have become the weapon of choice for shooting incidents at schools and in other locations that have resulted in high numbers of injuries and deaths.

As for school shooters, the AR-15 rifle was used not only in the Uvalde shooting – the second deadliest in US history – but in the deadliest, the 2012 Sandy Hook massacre, as well as the 2018 school shooting in Parkland, Florida that claimed the lives of 17 people.

It was also the weapon of choice for mass shooters in the August 2019 El Paso, Texas massacre which left 23 dead and 23 injured, the Dayton, Ohio shooting which claimed 10 lives the next day, and the October 2017 massacre of 61 music fans that left 411 others wounded at a Las Vegas, Nevada country music festival.

Bloody too bad — the Somerville the royals didn’t see

Can Ukraine Afford to Pay for the War and Rebuild? – NBC New York

Bloody too bad — the Somerville the royals…

What's the most hated Christmas song?