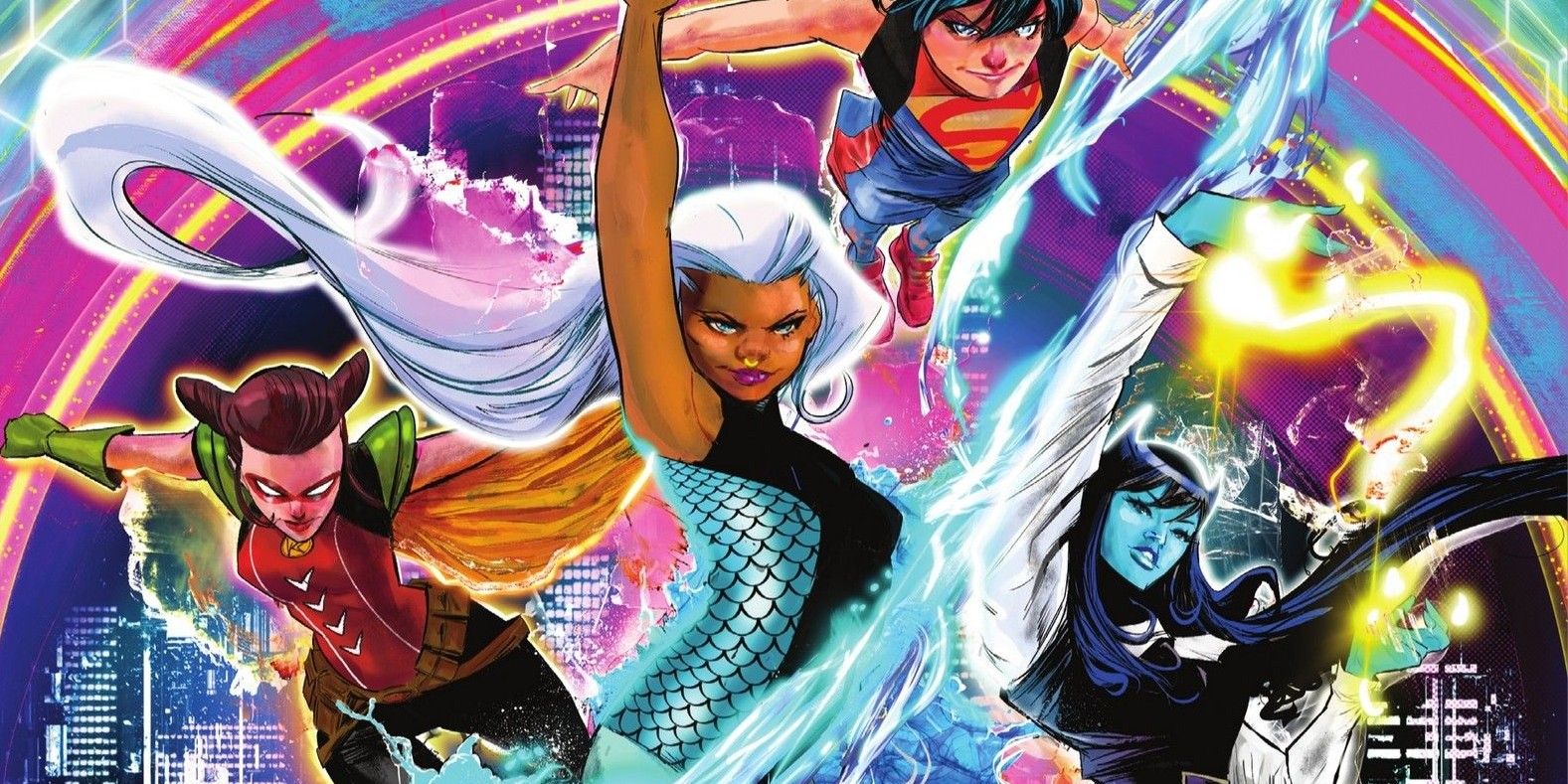 DC has launched a multiversal title in the form of Multiversity: Teen Justice, which follows the story of Earth-11’s gender-swapped version of the Teen Titans and Young Justice. There are a few differences between this world’s teen superhero group and the ones found in the regular DC Universe of Earth-0 though. Having debuted in DC’s Very Merry Multiverse and created by Ivan Cohen and Eleonora Carlini, they finally have the opportunity to explore their unique place in DC’s vast multiverse.

That may imply some major developments, if the other commitments of the team’s leader, Aquagirl, are anything to go by. Tensions were high between the teen heroes in Multiversity: Teen Justice #1 (by Ivan Cohen, Danny Lore, Marco Failla, Enrica Eren Angiolini and Carlos M. Mangual), leading to an argument. Robin criticized some of Aquagirl’s decisions in the heat of the moment, specifically in how she spends too much time with the Justice Guild, Earth-11’s Justice League. However, she may have a good reason to.

Aquagirl’s mentor is Aquawoman. Aquawoman is not only the leader of the Justice Guild but a member of Justice League Incarnate too. As such, she was part of the final mission that killed the Justice League and kicked off Dark Crisis. She perished alongside her teammates and allies. Black Adam was the only survivor, and he told the people of Earth-0 what he saw, however, that doesn’t mean that the heroes of Earth-11 haven’t noticed something is wrong either.

The Justice Guild may be used to their leader going off for a long time with Justice League Incarnate but they’ll get worried at some point. Especially when they find they can’t reach her. It’s entirely possible that this is happening behind the scenes. Aquagirl will surely have noticed her mentor’s absence and contacted the Justice Guild about it. That would explain why she’s spending just as much time with that team as she is with her own.

Of course, there may be a perfectly innocent explanation to all of this. It seems Aquagirl may work with the Justice Guild a little too much anyway, also because of her mentor. It could be that Aquagirl has a role not unlike that of Dick Grayson’s Robin. Back in the day, Dick would have sometimes accompanied Batman on missions with the Justice League. Dick led the Titans and Aquagirl leads Teen Justice, so perhaps they both have a similar dynamic, spread between two teams. Although, both prefer the team with their peers alongside them.

There’s also one other thing related to Dark Crisis that remains unmentioned in this issue. During the Justice League Incarnate series, Earth-11’s Batwoman was corrupted by the Great Darkness and turned into the Batwoman Who Laughs. This was a massive change for the character, one that is sure to have affected her daughter, Robin. However, Robin doesn’t mention that her mother is now a supervillain, or even that she’s gone missing. So, it’s entirely possible that Teen Justice is set before Dark Crisis. It may even be set before Justice League Incarnate or even the Infinite Frontier limited series, all before Earth-11’s Aquawoman got wrapped up in the events that led up to the current Crisis. However, Earth-11 and Teen Justice can’t escape that event forever.

The consequences will catch up to the team eventually. One of Teen Justice’s members, Jess Quick, is set to become the Flash of the Future State Justice League. With Dark Crisis potentially debuting a version of that team, Teen Justice could discover the terrible fate of their mentors before too long. That would set up their most important teammate to make the journey to Earth-0 and fulfill their Future State destiny. It would be a major change for this team and expand on how the going’s on in the multiverse have affected this universe, and the consequences of Dark Crisis as a whole.