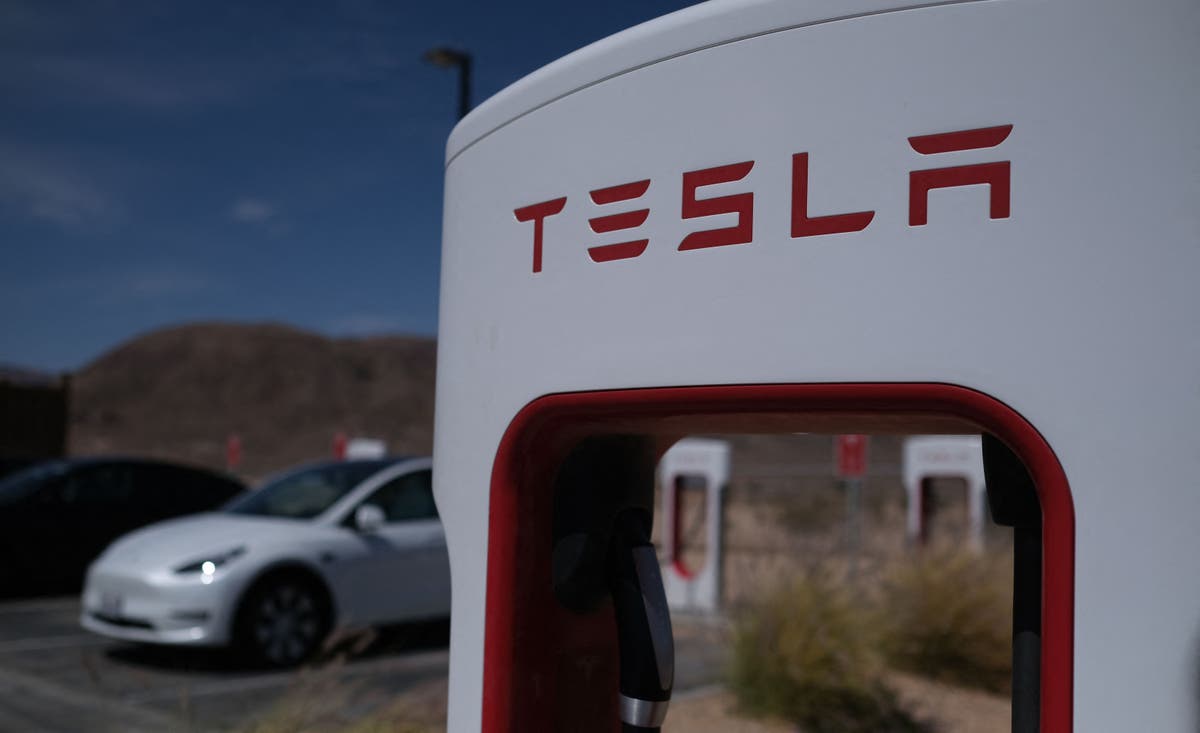 A driver says he had to break the window of his Tesla to escape after the electric vehicle lost power and caught fire in Vancouver, Canada.

Jamil Jutha was driving towards Mountain Highway in North Vancouver on Friday in his Tesla Model Y 2021, when the car lost power and shut down.

The vehicle then started filling up with toxic smoke coming through the air vents, prompting Mr Jutha to take the decision to break his car’s window.

“The doors wouldn’t open. The windows wouldn’t go down,” Mr Jutha told CTV News. “I kicked through the window, climbed out and called 911 right away,” he added.

Flames started to emerge once he had made his way out of the car, and Mr Jutha asked some construction workers to help him direct traffic away from the burning vehicle as he feared the battery might explode.

A now widely-shared video on social media showed smoke billowing from inside the blue Tesla before the flames engulf the entire vehicle.

James Lester, owner and distiller at Sons of Vancouver who shot the video, told the Daily Hive Vancouver news portal about the incident.

“The driver told me the car powered down and shifted into park as he stopped at the intersection,” he said.

In the 12-minute long video, Mr Jutha can be heard describing how his car shut down all of a sudden and that “it just said error error error”.

“My car just started going into flames, not flames but it’s smoking up, my battery died on my Tesla and I don’t know what happened,” Mr Jutha could be heard telling someone on a call in the beginning of the video, before the car caught fire.

“All of a sudden the battery started smoking. My car just got set on fire. The whole car is on fire right now,” he says.

The doors on the Model Y open electronically with the touch of a button. There is a mechanical release available for emergencies.

Mr Jutha, however, said the feature was not entirely intuitive and can be “difficult to figure out in an urgent situation”.

The Independent has reached out to Tesla for comment about the incident.

Fire and rescue services were pressed into action to douse the flames.

“We’re very fortunate that this individual had the wherewithal and the strength to kick the window out,” said Brian Hutchinson, chief of the district of North Vancouver Fire and Rescue Services.

Last week, a couple’s Tesla was completely charred after the car caught fire in California city. No one was inside the electric vehicle when the fire broke out, Ediel Ruiz, the owner of the car, said.

Starfield continues to have the most boring leaks in gaming history