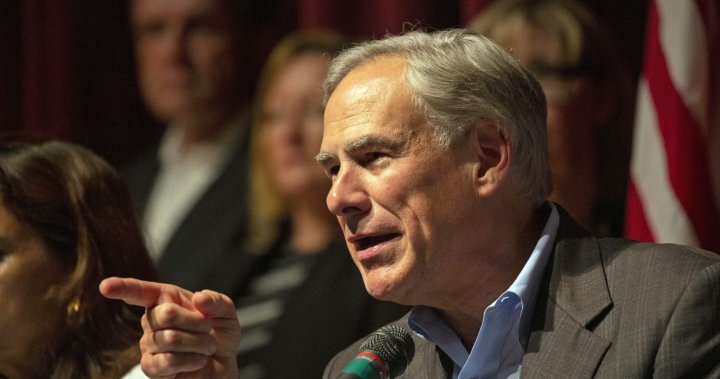 Texas Gov. Greg Abbott said Friday that he is “absolutely livid” about being “misled” on the police response to the shooting at the elementary school in Uvalde, and is calling for a full investigation.

Hours after officials once again undercut reports about officers immediately engaging with the shooter who killed 19 children and two teachers Tuesday, Abbott said his earlier statements that praised the response were based on what he had been told by police and state officials, and he was repeating detailed notes he took during those briefings.

“I was misled. I am livid about what happened,” he said. “The information that I was given turned out, in part, to be inaccurate, and I am absolutely livid about that.”

Abbott said exactly what happened needs to be “thoroughly, exhaustively” investigated by state police and the FBI.

“It is imperative that the leaders of the investigations get down to the very second of exactly what happened,” the governor said.

In the immediate hours after the shooting at Robb Elementary School, Abbott had told reporters that officers had engaged with the shooter before he entered the school, and also lauded the police response.

Information shared in the days since the massacre has painted an entirely different story. On Friday morning, officials admitted the school district’s police chief had made “the wrong decision” to wait more than 45 minutes before finally breaching the locked classroom where the shooter opened fire.

3:32
Texas school shooting: Authorities say it was ‘wrong decision’ not to breach classroom

Texas school shooting: Authorities say it was ‘wrong decision’ not to breach classroom

That briefing came after authorities spent three days providing often conflicting and incomplete information about the 90 minutes that elapsed between the time 18-year-old Salvador Ramos entered the school and when U.S. Border Patrol agents unlocked the classroom door and killed him.

Steven McCraw, the head of the Texas Department of Public Safety, told the often contentious news conference Friday that the school district police chief, Pete Arredondo — who was commander of the scene at the time — believed Ramos was barricaded inside adjoining classrooms and that children were no longer at risk.

Throughout the attack, teachers and children repeatedly called 911 asking for help, McCraw said.

Contrary to earlier statements by officials — including Abbott — a school district police officer was not inside the school when Ramos arrived. When that officer did respond, he unknowingly drove past Ramos, who was crouched behind a car parked outside and firing at the building, McCraw said.

Ramos then entered the school through a rear door that had been propped open and fired more than 100 rounds into a pair of classrooms, McCraw said. He did not address why the door was propped open.

By the time border agents were set to enter the classroom where Ramos killed 21 people, McCraw said there were as many as 19 officers in the hallway outside. Yet Arredondo decided the group should wait to confront the gunman, on the belief that the scene was no longer an active attack, McCraw added.

In his first press conference after the shooting, Abbott praised the police response and said their actions had saved lives.

“It could have been worse. The reason it was not worse is because law enforcement officials did what they do,” the governor said Wednesday.

1:21
‘You are doing nothing’: Beto O’Rourke interrupts Texas governor’s remarks on school shooting

‘You are doing nothing’: Beto O’Rourke interrupts Texas governor’s remarks on school shooting

McCraw said Friday that investigators do not know if children died during the time police were waiting in the hallway.

Abbott’s press conference was held at roughly the same time he was due to appear at the National Rifle Association’s annual convention in Houston, an appearance he cancelled.

The governor instead provided a pre-recorded video message in which he continued to insist that more restrictive gun laws would not have stopped the Uvalde shooting, a message he repeated at the news conference.

Abbott announced at the press event that his government is offering free mental health care supports to everyone in Uvalde who wishes to access them through a toll-free phone number.

He later added mental health reform was the answer to preventing further mass shootings, rejecting questions from reporters about expanding background checks or raising the minimum age for gun ownership from 18.

At one point, Democratic State Sen. Roland Gutierrez interrupted the news conference to plead for Abbott to call a special session of the legislature to address solutions to the Uvalde shooting, including gun control measures.

“We have to do something, man,” Gutierrez said. “Just call us back.”

Abbott signed a law last year allowing Texans to carry handguns without a licence or training. Other laws passed in 2021 allowed school marshalls and hotel guests to carry guns and declared gun stores as essential businesses.

— with files from the Associated Press