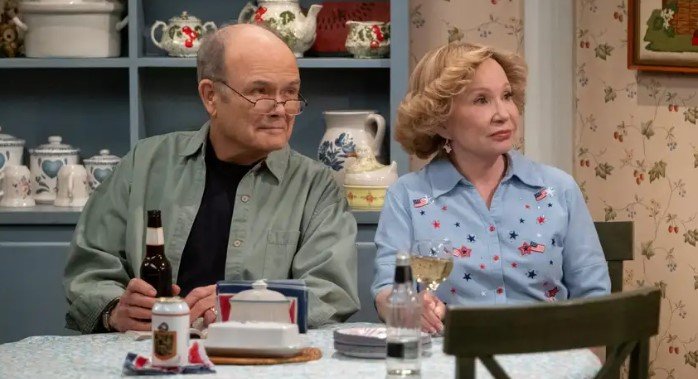 The Formans have opened their basement once again, this time to a cast of characters from a younger generation.

Netflix has dropped the trailer for the reboot series That ’90s Show, giving fans a glimpse of what Red and Kitty Forman are up to these days.

The trailer also introduces viewers to Leia Forman, the teenage daughter of That ’70s Show characters Donna and Eric. Leia (Callie Haverda) has been shipped off to her grandparent’s home in Point Place, Wisc., for the summer of 1995.

‘That ’70s Show’ to return for sequel with original stars, this time in the ’90s

And despite the show being set 20 years in the future, you’re never know it from looking at Red (Kurtwood Smith) and Kitty (Debra Jo Rupp.) They haven’t aged a day!

In the reboot, Leia is set to make friends with “a new generation of Point Place kids under the watchful eye of Kitty and the stern glare of Red. Sex, drugs and rock ’n roll never dies, it just changes clothes.”

Another star of the show also features prominently in the trailer – the Forman’s basement, home to many pot-smoking sessions, has been restored to its That ’70s Show glory.

Danny Masterson is the only member of the That 70s Show cast who will not return. He’s currently awaiting a verdict after standing trial for rape charges.

The ‘Brownies’ inch closer to name change with these 2 contenders

3:13
70s-inspired fashion trends back in style