The 10 Most Disliked Spider-Man Villains In The Comics, Ranked 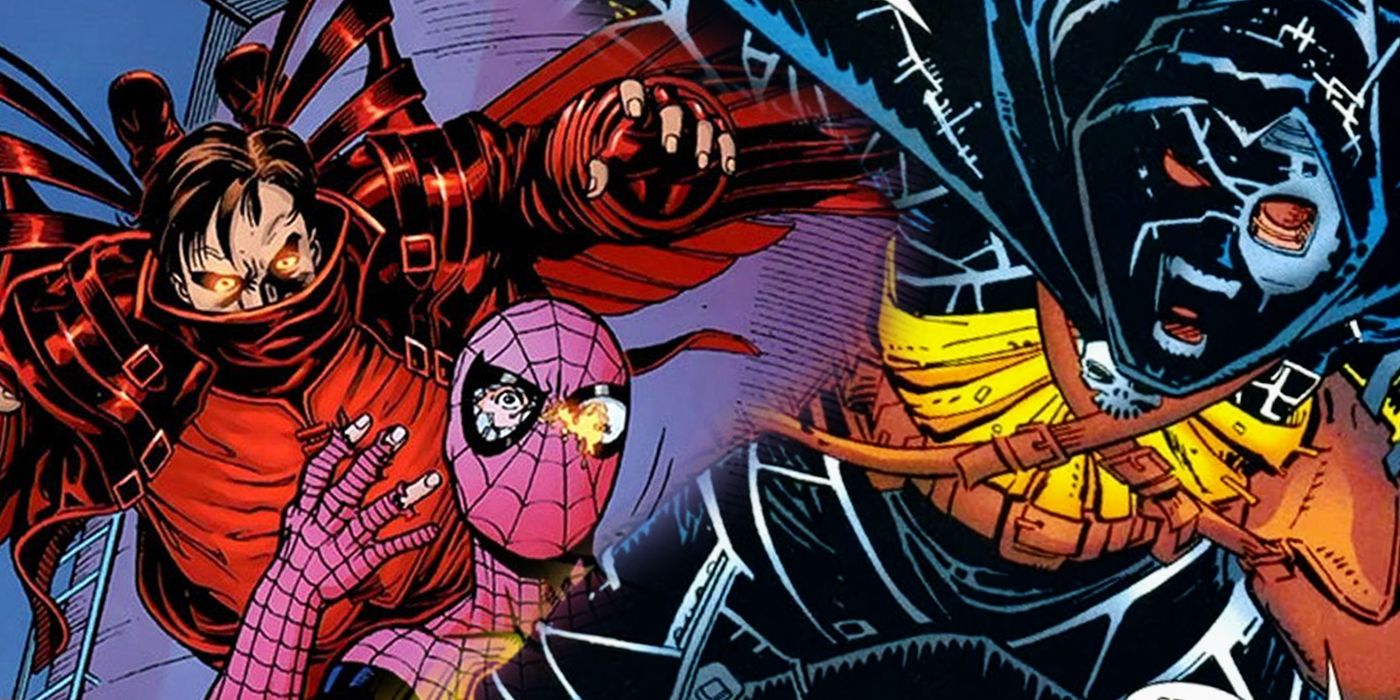 Spider-Man has developed a large rogues gallery over the years. Some of his most dangerous supervillains have also become fan-favorites due to the challenge they continually bring to the wall-crawler. A few have even gone on to star in their own stories across the Marvel Universe that highlight their status with the fans.

However, not all of Spider-Man’s foes have managed to make as strong of an impact. There are a few villains that still elicit groans from Spider-Man’s fans every time they appear. Whether they have an unsuccessful gimmick or just exhibit a poor attitude, these Spider-Man villains have become incredibly disliked over the years.

Frank Oliver was an Australian who developed a powerful leaping ability after he spent time living with kangaroos. He devoted himself to a life of crime and took on the name Kangaroo. His leaping ability was even enhanced by a mad scientist. Unfortunately, he was also mentally manipulated into retrieving a radioactive isotope and he was killed in the process.

Years later, a man named Brian Hibbs took on the role of the Kangaroo after he studied the exploits of Frank Oliver. After he was knocked out in his first encounter with Spider-Man, he bought a Kangaroo-themed battle armor. He then joined the Spider-Man Revenge Squad with other villains who were also disliked by both fans and Spider-Man.

Spider-Man has faced some odd foes over the years. Norton G. Fester was a down-on-his-luck scientist who found a meteorite. He gained incredible strength when he inhaled some gas that escaped from the space rock. When he couldn’t get legitimate funding to study the metero, he used his newfound powers to become a criminal known as The Looter.

Fester’s strength made him a credible threat when he did appear. However, the meteor gas began to affect him mentally. He became obsessed with finding more meteors to increase his strength. Anytime The Looter appeared fans knew they weren’t in for anything special..

There have been a number of villains over the years whose secret identities were kept hidden from viewers. The mystery of characters like Green Goblin carried a few storylines that excited fans. However, those mysteries were eventually resolved and the identities revealed. This wasn’t the case with the mysterious villain known as F.A.C.A.D.E.

Dr. Thomas Haney built a powerful robotic suit known as the Full Acclimation Combat And Defence Explo-skeleton. He was killed when it was stolen, which was caught on camera by Daily Bugle photographer Lance Bannon. F.A.C.A.D.E. then made another appearance to kill Bannon. However, the character disappeared without revealing his secret identity, angering some fans.

The ‘90s Clone Saga Introduced a few new characters like the powerful Judas Traveler. He was a criminal psychologist with incredible psionic powers. He took an interest in Spider-Man and his clone and began to put them through challenges in order to test their heroism.

The mystery surrounding Judas Traveler was built up over the course of the Clone Saga. However, the chaotic storyline dropped a few of these long-running mysteries. Judas Traveler’s incredible powers were revealed to be a psionic smokescreen and he ultimately disappeared. The character randomly returned as an anti-mutant Orchis agent, confusing fans as to his odd motivations.

Lily Hollister first appeared during the “Brand New Day” relaunch following the erasure of Peter and MJ’s marriage. She was dating Harry Osborn and was the best friend of Carlie Cooper, who would begin dating Peter Parker. After she found a hidden cache in Harry’s office, she was exposed to the strength-enhancing Goblin formula.

The new batch caused a physical transformation that Lily could control. She was able to transform into a new Goblin form known as Menace. However, the character never really caught on with fans who were already feeling a Goblin burnout. Lily eventually returned as a rip-off of one of Spider-Man’s closest friends called Queen Cat, though that didn’t earn her many fans either.

There have been a few different characters who used the title of the Vulture. Adrian Toomes was the first Vulture, and most of his sucessors used his gear or image for their own purposes. At least, until Jimmy Natale took over the role. He was a mob cleaner who was forced to undergo experimentation.

He was transformed into a monstrous new Vulture. His jaw was replaced with mandibles that could spit acid and he gained the ability to fly. Unfortunately, the new Vulture’s costume was lackluster and the character failed to make much of a mark. His last appearance saw him take on The Punisher, which had fans cheering when it didn’t end well for him.

Not much is known about the woman known as Screwball, except she was Marvel’s first live-blogging villain. Screwball began her career as a performance artist, though as her influencer status began to grow she started to commit crimes for higher ratings. She was robbing a bank for fun when she first encountered Spider-Man.

Her ratings increased dramatically anytime Spider-Man got involved in her live-streamed crimes. She began to hunt down the web-slinger in order to further increase her views. Screwball’s modern take on crimes annoyed fans as she constantly got in the way or distracted Spider-Man from more important issues.

The mystery of Hobgoblin’s identity played out for years. Hobgoblin became even deadlier than Green Goblin before he disappeared. This left his villainous identity vacant, so the former Jack O’Lantern Jason Macendale stole the gear for his own. He used the Hobgoblin identity to increase his fees as a mercenary.

However, Macendale wasn’t the best Hobgoblin that Spider-Man ever faced. He sought out ways to empower himself, which included using Kraven’s strength-enhancing serum and making a deal with the devilish Demogoblin. Macendale even altered his body with cybernetics, practically erasing Hobgoblin’s standing. He was ultimately killed by the real Hobgoblin, Roderick Kingsley.

Another hated villain that appeared during the “Brand New Day” era was an odd man named Freak. He was a homeless drug addict who injected himself with experimental chemicals from Dr. Curt Conners’ lab that he assumed were drugs. He entered into a transformative chrysalis that turned his skin inside out and made him into a monster that matched his street name.

Freak gained a new ability of adaptability. His body would form a new transformative cocoon to adapt to different situations. He gained bulletproof skin after he was shot, and became fireproof after he was trapped in a burning building. However, Freak was eventually captured and his mutated body was used by Oscorp to create deadly toxins and poisons.

After Spider-Man first encountered the incredibly powerful villain named Morlun, he was killed in battle. However, he was brought back to life by a multiversal spider-deity known as The Other. Spider-Man ultimately rejected the Other after he was resurrected. The Other then manifested as a swarm of pirate spiders that became a terrifying evil version of Spider-Man known as Ero.

While it seemed like Ero was being set up as a powerful new villain, fans were ultimately let down. Ero took on a human form named Miss Arrow and began teaching at Peter Parker’s school. She became infatuated with Flash Thompson and chose to lay her eggs inside of him. However, her spider-composed body was eaten by birds during a battle with Spider-Man and she didn’t return..

Entertainment reporter, writer, and all-around geek, Scoot Allan has written for print and online media sources like Geek Magazine, GeekExchange, GrizzlyBomb, WhatCulture, RoguePlanet.tv and the Urban 30 before joining CBR, ScreenRant, GameRant and The Gamer as a staff writer. He enjoys salad but prefers french fries.

Get Your Halo Post-Show Fix with a Universe of Games, Books, and More