The Best Gear For Staying Safe While Traveling 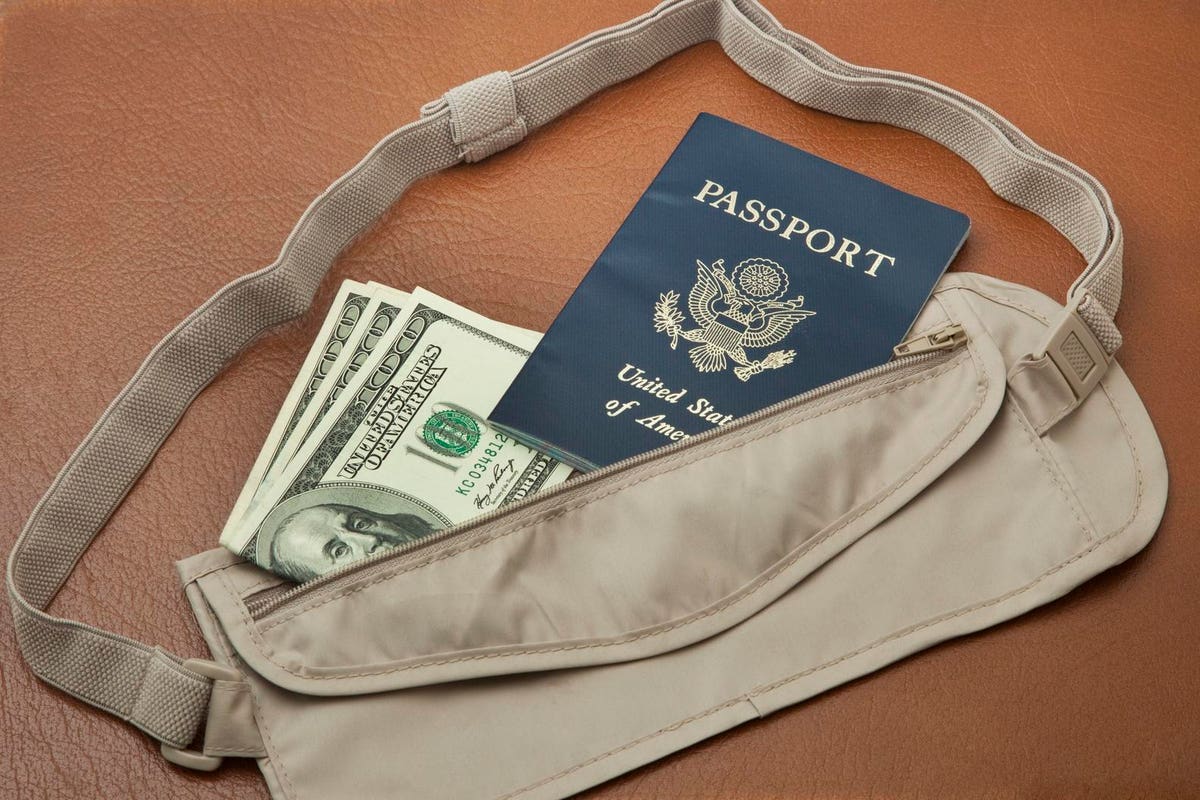 These inexpensive, highly portable products can help keep travelers safe on the road.

Most people don’t think about carbon monoxide (CO) when traveling. In October, three Americans tragically perished from CO poisoning at an Airbnb in Mexico City that apparently had a boiler with a gas leak.

CO is a leading cause of poisoning in the United States, killing more than 400 Americans a year. Burning fuel (like wood, charcoal, propane, fuel oil or gasoline) creates carbon monoxide, a colorless, odorless, tasteless gas. It can accumulate to fatal levels when a home is improperly ventilated. Still, only 27% of U.S. homes have CO alarms.

Accidental CO poisonings are entirely unnecessary. A portable carbon monoxide alarm will detect a dangerous CO concentration and alert you with a buzzer.

Kidde is a well-known brand in both smoke alarms (I have them in my home) and CO detectors. Often recommended by pros who fix gas furnaces, this CO detector has alert modes and LED lights that pulse for power, CO detection and low battery. It has an 85-decibel alert and even works during a power outage, as it operates on 2-AA batteries, included with pack.

TravelFashionGirl calls this Kidde model its Best Portable Mini Carbon Monoxide Detector. Battery-powered, if a bit hefty at 8 ounces, it could be a life-saving bargain at under $20 on Amazon. As a TravelFashionGirl reader noted, “I am buying this one for my next trip to Italy.”

If you’re hit by the proverbial bus while traveling, you’ll go to a hospital or urgent care. But if you have a minor cut that doesn’t need to be stitched up, scrapes, a headache or something similar, a first aid pack in your luggage can pay off.

Basic items to have in most kits include items like antiseptic (such as bacitracin or Neosporin) bandages of various sizes, gauze, Tylenol and/or aspirin, tape, and alcohol or other pads. Tools like tweezers, scissors, and shears can be useful, but make sure to pack them in checked luggage.

If you’re backpacking or flying, a smaller kit won’t take up much space and will offer basic functionality. If you’re car-tripping or RVing it, a larger kit makes sense.

For something truly portable, the Red Cross has a pocket or purse-size kit that’s just 4 inches high. It comes with 13 adhesive bandages of various sizes, fingertip and knuckle fabric bandages, two “sting-free” antiseptic cleansing wipes, and a triple antibiotic ointment pack in a see-through red vinyl pocket pack. It also includes a brochure on treating minor cuts, scrapes, and wounds. Honestly, if it’s a problem larger than that, it’s time to think about urgent care or the local hospital.

The 19-piece kit can also be used to store your house key, credit card, hotel key or ID while hiking, biking, or running. The pack is just $5.39 at the Red Cross website, but you have to buy four. So wrap them up and pass them out to your family and friends.

Johnson & Johnson offers the larger Travel Ready Portable Emergency First Aid Kit. It comes with 80 wound care supplies for on-the-go first aid, including a cold pack, gauze, wipes, tape and first aid guide. It also includes what J&J calls “#1 doctor recommended brands like BAND-AID® Brand, NEOSPORIN®, and TYLENOL®,” made by guess who? Offered in an easy-to-carry case, it might be a bit large for a backpack, but worth carrying for a longer trip and certainly for any kind of road expedition.

The First Aid Kit is $9.82 and available nationally at Walmart (in store and online.)

A phone charger/battery backup pack as a safety device? Absolutely, if your phone is almost dead and there is no power outlet in sight. That battery boost might be enough to get you to your hotel where you can charge all night long.

Hyper is one of the innovators in the market. One of their products is the HyperJuice Magnetic Wireless Battery Pack, a small battery pack that magnetically attaches to Apple iPhone 12, 13, and 14 models.

That’s right; no wires or cable necessary to attach. It does have a USB-C in for a cable to charge the device from a laptop or other power source. If its attached to your phone, the cable would charge both phone and spare battery at the same time.

A MacRumors reviewer found that without being plugged in, the little brick charged his (larger) ‌iPhone 12 Pro Max‌ some 73%. The USB-C port on the battery pack can also be used to charge both the ‌iPhone‌’s battery and the pack itself at the same time when attached.

The HyperJuice Magnetic Wireless Battery Pack has a list price of $49.99 but is frequently discounted.

A flashlight? Yes, you’ve got your phone. But at the end of the day when your phone is out of charge, exactly when you need to see where the keys are hidden for your Airbnb, that light will come in handy.

L.L. Bean offers a handy handful of flashlight for under $15. Available in black or blue, it offers up to 80 lumens of light in high mode, with two hours of run time on high power. The range is over 150 feet. It takes one AAA battery, included, but you can always buy a few more.

Finally, we get to the time-honored ways to hide money, passport, and credit cards on your person—money belts, fanny packs and the awkwardly-named neck wallets.

Things have changed a little, but these products still have the same goal—hiding your money and valuables from pickpockets and other thieves. Most of what are called money belts are essentially small, flat pouches or fanny packs with a belt to wear around your waist.

Common sense helps too. As the writer at TravelFashionGirl puts it, “Whatever you do, DO NOT WEAR THE MONEY BELT OUTSIDE OF YOUR CLOTHING. I can’t believe how many travelers I see wearing it on the outside, advertising to thieves exactly where to find their cash. Please don’t make that mistake.”

The newest wrinkle in wallets and fanny packs is RFID blocking. Your convenient ‘tap and go’ contactless payment card transmits a signal, which can be picked up by savvier pickpockets with skimming equipment. An RFID-blocking wallet uses a layer of carbon fiber or aluminum to block the electromagnetic signal your card emits. It’s a real problem; European stores have limited the amount sold to customers with such cards. Chinese student protestors have used RFID blocking to keeping prying government eyes from ‘seeing’ their identity cards.

This slim passport holder has an RFID Blocking travel pouch to protect your cards, cash, and travel documents. The pouch will also fit most smartphones. Available in ten different colors, it fits up to size 56” waists. Made of ripstop nylon, the manufacturer claims it will last a lifetime. $21.95 on Amazon.

Yoder Leather Company’s Hidden Money Pocket Travel Leather Belt is an old-school leather belt (no RFID blocking here). Available in black ort brown for waist sizes from 32 to 54, it’s made of USA Tanned English Bridle Leather, which helps account for its relatively high price ($65.) It has a 25″ ‘jamb proof’ zipper that opens to reveal a hidden pocket for money. Yoder says it holds up to 24 bills folded the narrow way, say if you were carrying twenty 500 Euro notes and some photocopies of your passport. $64.99, at Amazon.

Not everyone likes neck wallets, as they entail hanging stuff from your neck all day. RFID blocking adds additional weight. Some women also feel neck wallets can be visible under their tops.

That said, this travel wallet features three ‘smart’ storage compartments to easily organize your documentation and valuables, including two zippered pockets, one Velcro-closure patch, and an ID window for boarding passes. And it blocks RFID signals for additional protection.

VENTURE 4TH says their RFID Passport Holder is suitable for both men and women and is slim enough that it is virtually invisible even under thin layers of clothing. $17.95, from Amazon.

UK bank holidays 2023: All dates from Easter to King’s coronation and Christmas