The best processors in 2022: AMD and Intel duke it out 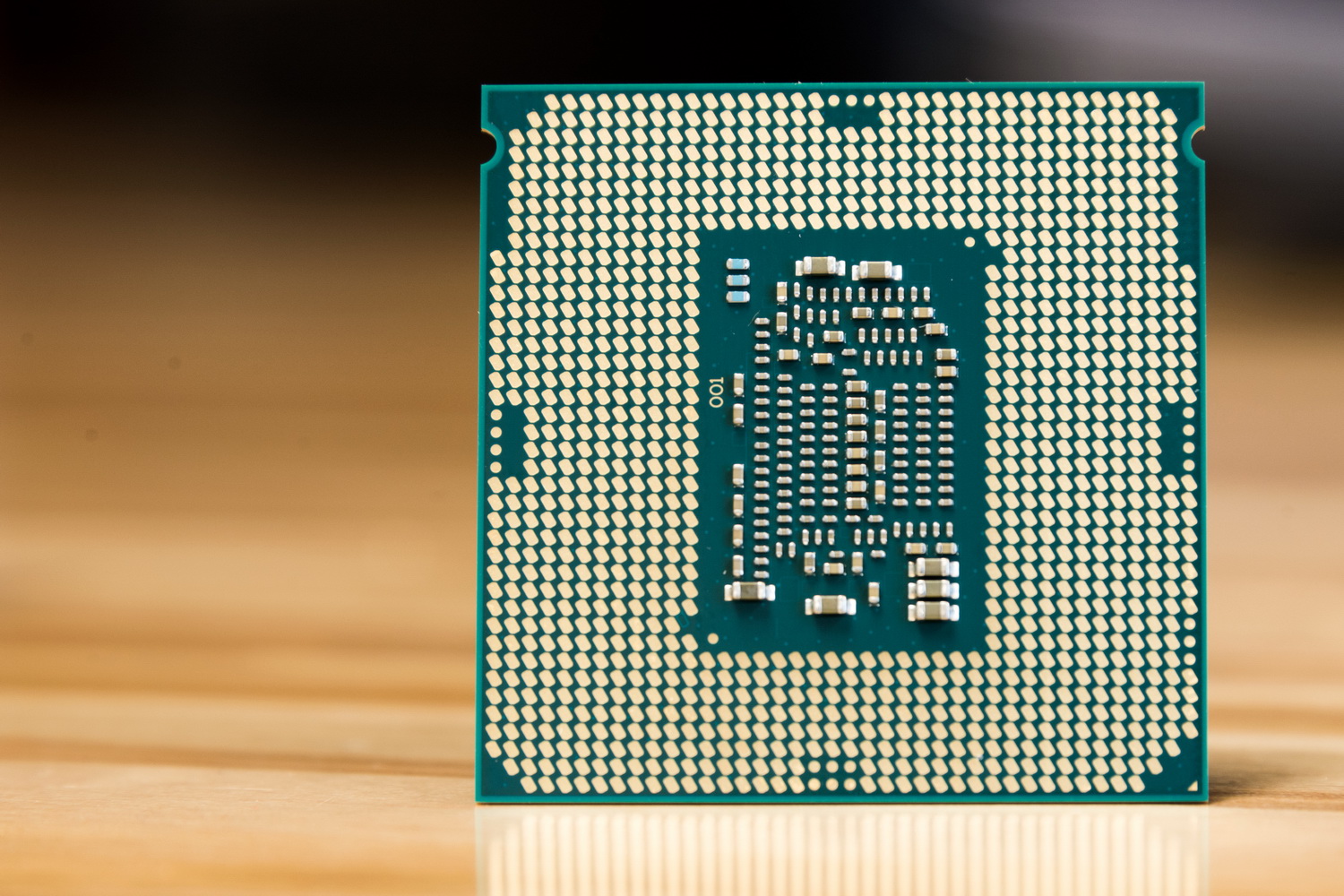 AMD and Intel have fought for supremacy for decades, climbing to make the best processors you can buy. The competition is fierce, and that’s a great thing for PC enthusiasts. In 2022, the list of the best CPUs is larger than ever and packed with options from Team Red and Team Blue.

Intel’s flagship Core i9-12900K tops our list, but there are great options regardless of your budget or purpose.

The best processor you can buy

The Core i9-12900K is a monster CPU. Packing 16 cores and a max boost clock of 5.2GHz, Intel’s latest flagship shines across gaming and productivity applications. It beats AMD’s competing Ryzen 9 5950X across the board based on our testing, and it sells for about the same price.

Intel was able to achieve such high performance with a unique hybrid architecture. The Core i9-12900K packs in two types of cores: Eight efficient cores and eight performance cores. Governed by a technology called Thread Director, the chip can assign tasks to the cores based on our intense they are, better delegating work to improve performance.

Outside of the processor itself, Intel’s 12th-gen platform comes packed with the latest technologies – namely, DDR5 and PCIe 5.0. We don’t have PCIe 5.0 SSDs quite yet, and DDR5 memory is still ungodly expensive, but the Core i9-12900K is primed to take advantage of them once prices come down.

Although the Core i9-12900K is the best CPU you can buy now, it could have some stiff competition in the future. AMD just revealed its Ryzen 7000 processors, which are set to launch this fall. 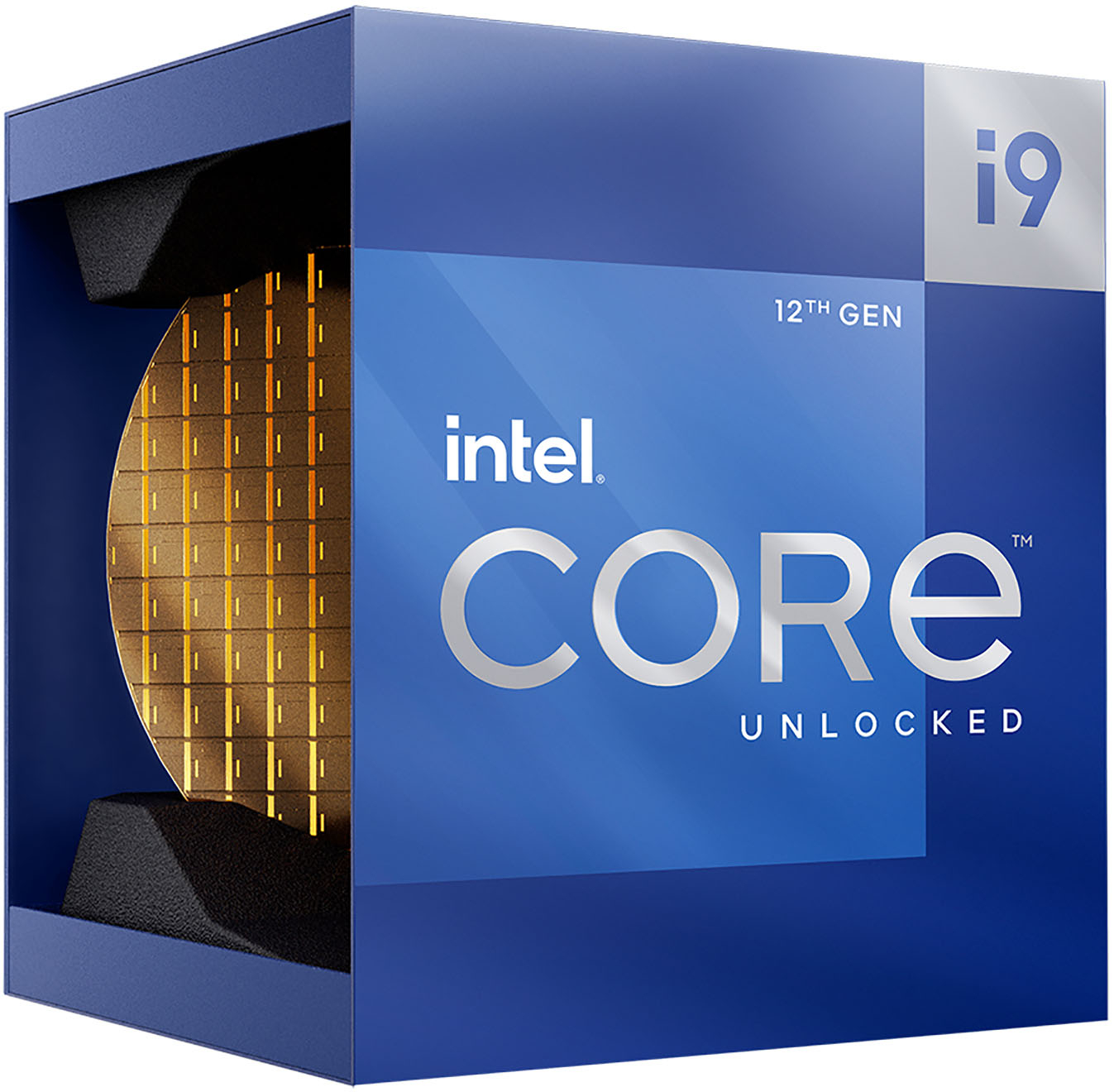 The best processor you can buy

The best processor for gaming

The Core i9-12900K was previously the best gaming processor, but AMD recently dethroned Team Blue’s best. The Ryzen 7 5800X3D might be the first processor ever specifically built for gaming, and it blows everything else out of the water. Why? A curious technology called 3D V-Cache.

It doesn’t sound like a big deal, but extra L3 cache makes a big difference in games. The Ryzen 7 5800X3D beats everything while gaming, including the Core i9-12900KS that costs twice as much.

The Ryzen 7 5800X3D is the best gaming CPU by a long shot, but it takes a backseat in other tasks. If you plan on doing intense video encoding or other productivity tasks, it’s better to go with an AMD or Intel chip with a higher core count. 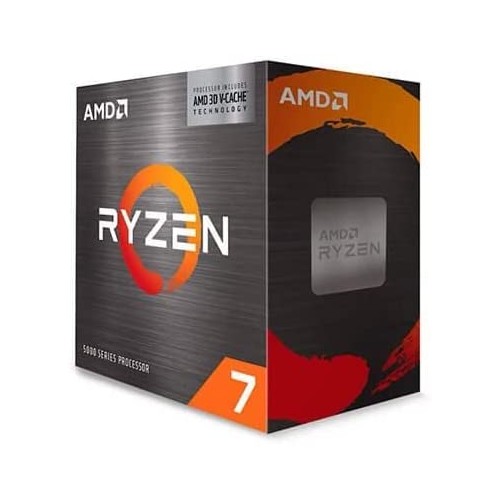 The best processor for gaming

As part of the 12th-gen Alder Lake family, this i5 CPU still has access PCIe 5.0 and DDR5 memory, and it utilizes a hybrid architecture to improve performance. In this case, it comes with six performance cores and four efficient cores, leaning more heavily on the performance side.

For performance, you’re getting most of what the Core i9-12900K has to offer for around $300. Gaming performance is almost identical, and productivity is shockingly close outside of heavily multi-threaded applications. Intel’s Core i5 offerings are usually a sweet spot, and this generation is no different. 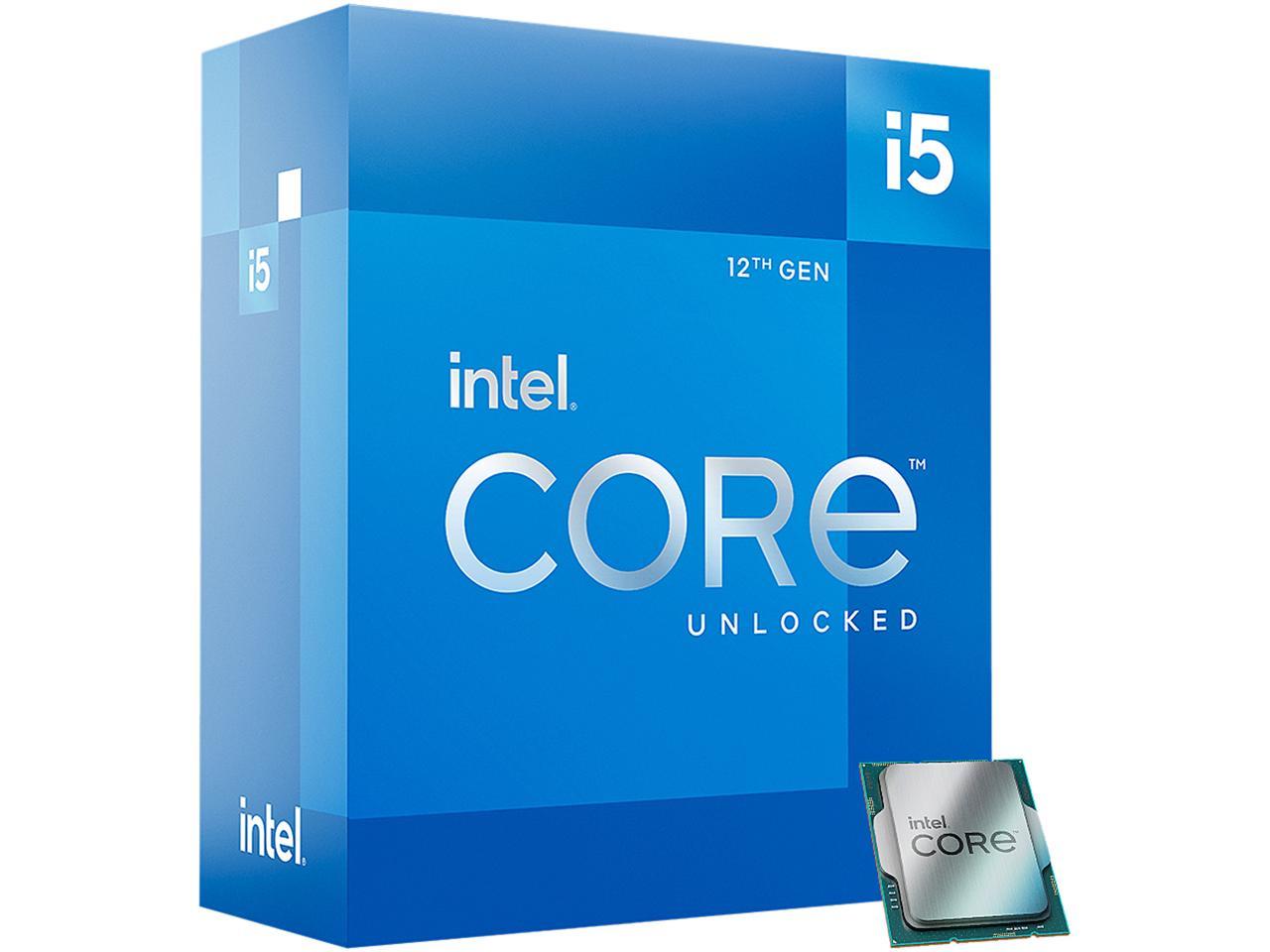 Although it’s a great day-to-day CPU, the Ryzen 5 5600X excels in gaming. It can put up almost identical performance to the Ryzen 9 5950X in games while only costing a third as much. And it draws very little power (65W).

Six cores is plenty for the vast majority of applications. Intense video editing workflows or data science prefer more cores, however, which is where the Ryzen 5 5600X falls a bit behind. Considering the price, though, the Ryzen 5 5600X is among the best AMD processors you can buy. 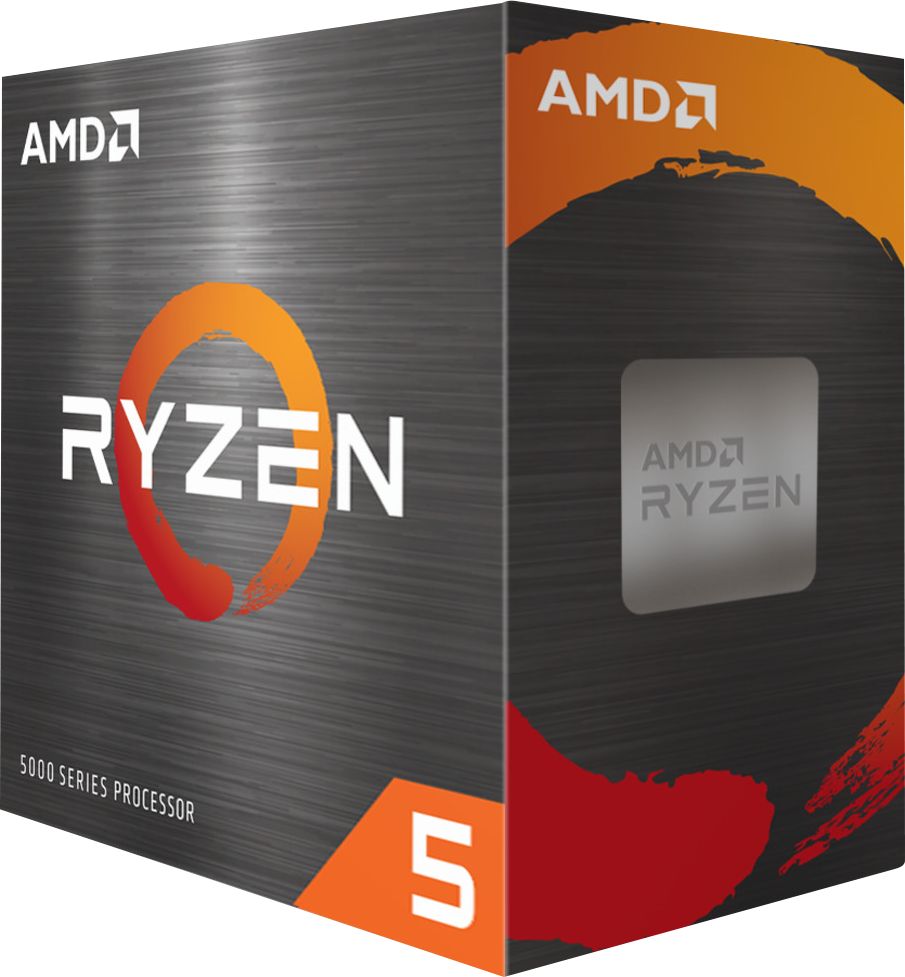 The best processor under $150

The Core i3-12100F is a quad-core CPU that ranks among the best Intel processors you can buy. It doesn’t come with a hybrid architecture, instead opting for four performance cores, but that doesn’t hurt performance too much.

Gaming is certainly possible, even if it’s a bit behind the six-core Ryzen 5 5600X, and day-to-day use is excellent. This is an entry-level processor, no doubt, but the Core i3-12100F still punches above what its price would suggest.

As we cover in our CPU buying guide, the F suffix on the Core i3-12100 means it doesn’t come with integrated graphics. That saves you some money, but make sure to pair the CPU with one of the best graphics cards to have a usable machine. 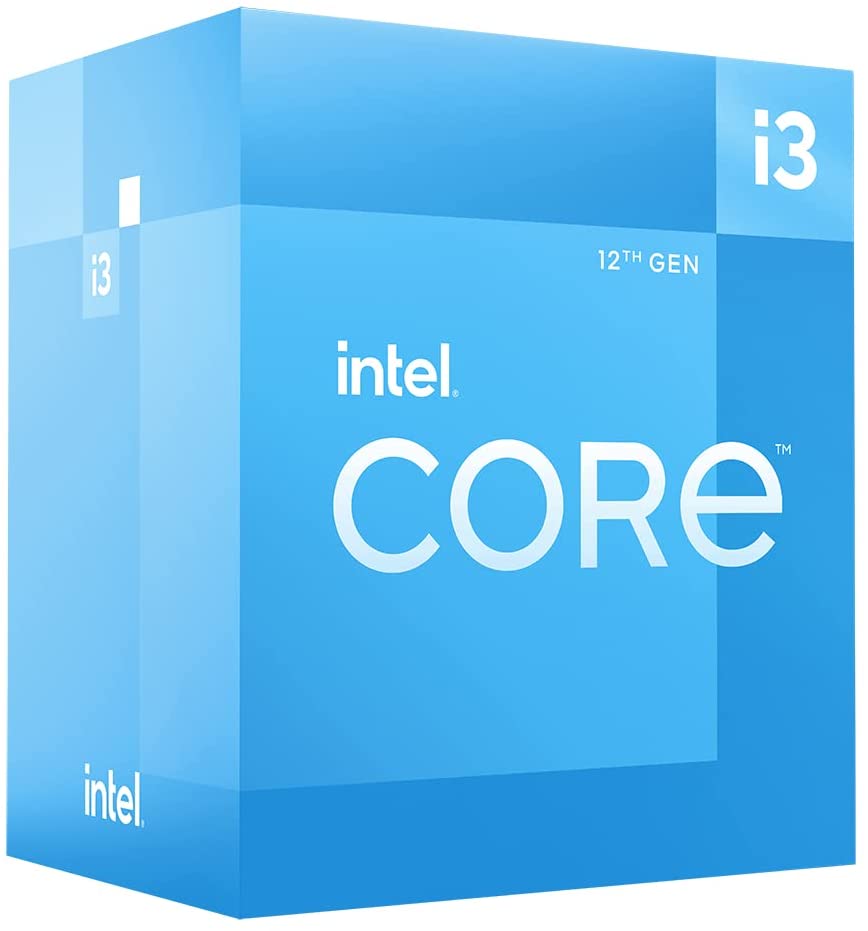 The best processor under $150

The best processor with integrated graphics

Gaming without a GPU is possible, but it’s not an ideal experience. The Ryzen 7 5700G is an exception. It’s a clear winner when it comes to integrated graphics on a CPU, allowing you to hit playable frame rates in popular titles at 1080p.

It will likely stay that way, too. Although Ryzen 7000 is on the horizon (with integrated RDNA 2 graphics), they won’t be powerful enough for gaming. The Ryzen 7 5700G is an APU with a full graphics engine under the hood.

Although you won’t play the latest AAA games with the integrated GPU, you can still get by. Even better, the Ryzen 7 5700G has eight powerful cores and a 4.6GHz boost clock speed, so you can throw one of the best 1080p graphics cards in your PC and have a gaming monster. 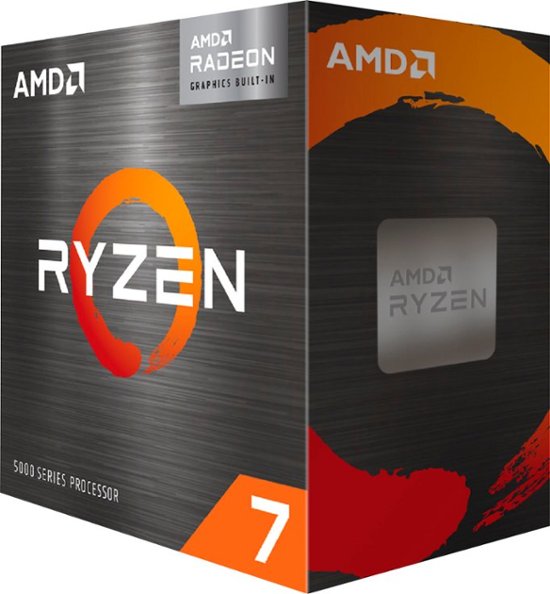 The best processor with integrated graphics

The AMD Ryzen 9 5950X is a monster 16-core CPU that held the crown as the most powerful processor for several years. The Core i9-12900K pushed it off the throne, but don’t discount AMD’s flagship when you build your next PC.

You get 16 cores of Zen 3 power, as well as a boost clock of up to 4.9GHz. Although Intel’s flagship wins in some cases, the Ryzen 9 5950X still holds its own in gaming and productivity. It draws around half as much power, too, leaving much more room for CPU overclocking. 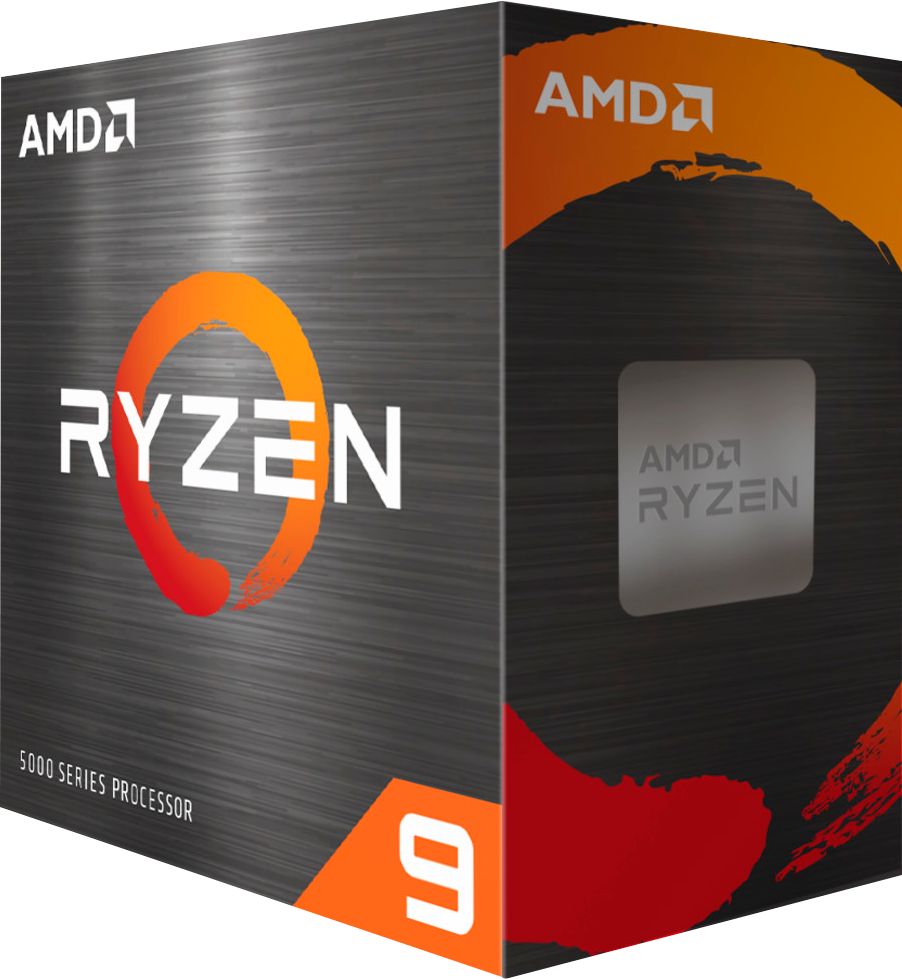 Which processor is the fastest?

The fastest processor you can buy right now is the Intel Core i9-12900K. It comes with 16 cores and high clock speeds, allowing it to rip through games and intense productivity applications.

AMD has its Ryzen 9 5950X, which is also very fast. However, we’re waiting on the next-gen Ryzen 7000 processors to see if AMD can retake the crown.

Intel Core i7 and Core i5 processors are both excellent options. As the names suggest i7 processors are faster and more powerful than i5 processors, and they’re more expensive. They may not be the best choice for everyone, though.

Which type of processor is the best?

AMD and Intel are the main CPU manufacturers, and they tend to leapfrog each other every couple of years. Currently, Intel processors are the best option for raw performance, but AMD processors still provide great performance with much better power efficiency.

Why are these ASX tech stocks trading lower today?