The Best Written Seinen Anime Of All Time 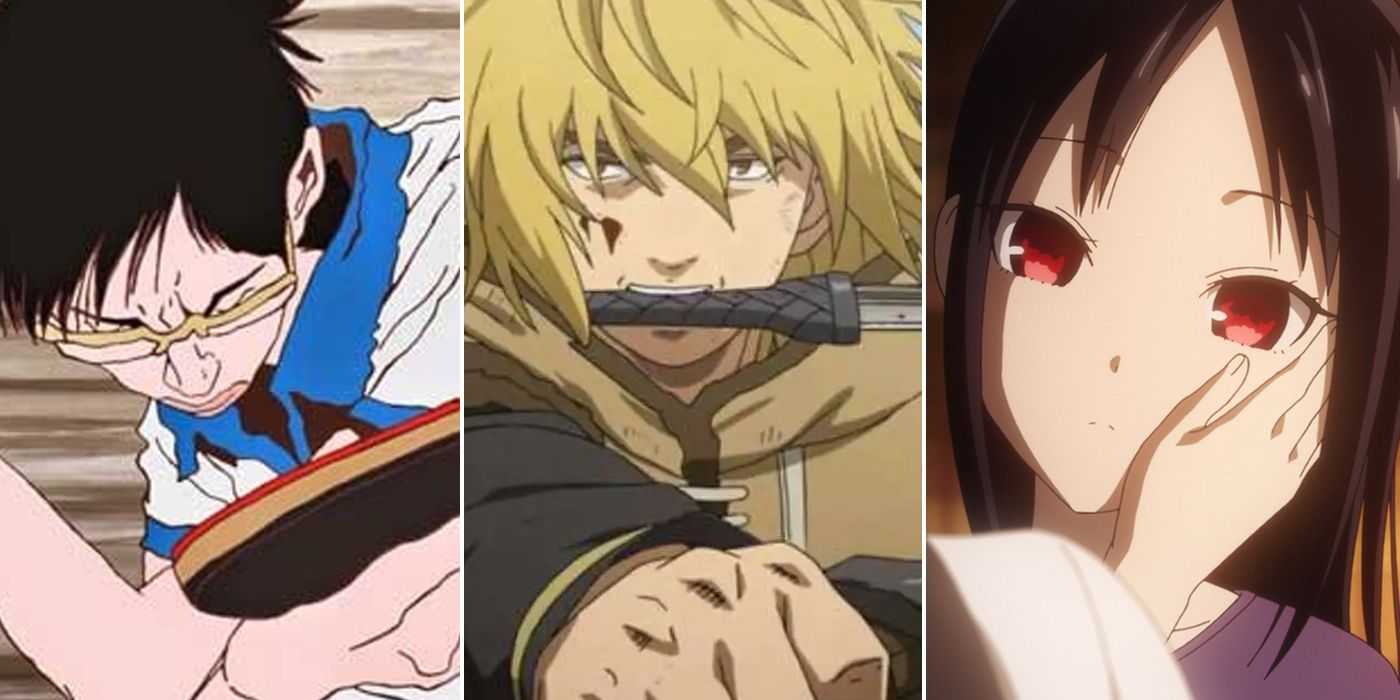 By and large, the anime world is designed around the shonen demographic. Shows aimed at young teenagers dominate the market and make up a vast amount of the mainstream conversation. But when it comes to works of delicately written, thematically potent, and culturally relevant stories, few anime are as noteworthy as seinen.

RELATED: 10 ’90s Anime That Are Better Than They Have Any Right To Be

Seinen anime are stories for adult audiences and consist of some of the best series in anime history. When anime fans think of masterpieces in the medium, they think of stories aimed at a seinen demographic. They might not be as popular as their shonen counterparts, but they are as, if not more, important.

10 One Punch Man Is About Superheroes For Adults

One Punch Man made a massive splash on the scene when it premiered in 2015. The anime has reached icon status among a wide demographic and even became a recognizable name among non-anime viewers. The story takes the familiar superhero setting and turns it on its head with a protagonist that never struggles in a fight.

Its subversive storytelling leads to hilarious comedic scenes, but the anime never forgets to dip into profound drama as well. Saitama is an all-powerful hero, but in between the goofs and gags, he’s a deeply sad man longing for purpose in life.

9 Parasyte Was A Long-Awaited Classic

Parasyte is a classic, beloved science fiction horror story written by Hitoshi Iwaaki in the seinen magazine Monthly Afternoon. Originally published from 1988 to 1995, it took about two decades before the acclaimed series received its first anime adaptation.

Following high school student Shinichi Izumi, Parasyte explores an alien invasion that sees humans becoming weapon-like hosts to fight each other to the death. Despite the source material premiering in the early ’90s, the anime presents a distinctly modern feel more than belonging in the current cultural landscape.

For many non-fans, anime as a medium is seen as being distinctly juvenile and targeted toward children. Whether or not this is a fair reputation, it is one that anime creators have had to refute for generations.

While many anime have had success in establishing themselves as mature and serious stories, Monster manages to stand above them all as anime’s greatest seinen masterpiece. The psychological thriller follows a doctor on his mission to take down a serial killer he unknowingly helped save. Fascinatingly dark and wonderfully well-written, Monster is a welcome addition to the pantheon of great anime.

Kaguya-sama: Love Is War is a romantic comedy originally published in Weekly Young Jump. The series was adapted into an anime in 2019 and quickly grew a large fanbase eager to watch the episodic developments of two high school geniuses competing in a game of love.

Kaguya-sama is a hilarious anime that parodies classic anime archetypes and tropes. But despite its comedic plotline, the series regularly ventures into deep sincerity and touching drama. Since 2019, the series has been adapted into three seasons with each receiving more critical acclaim than the last.

Akira is a Japanese cyberpunk serialized in Young Magazine from 1982 to 1990. While the manga stands at over 120 chapters long, Akira is most famously known for the anime film adaptation that premiered in 1988.

The film had a huge impact on the world of animation and quickly became a source of inspiration for young, developing animators around the globe. According to many, Akira is single-handedly responsible for a cultural shift in the way people view anime and the types of stories that could be told in the medium.

Berserk is one of the most beloved stories told in manga history. The series has received a number of anime adaptations throughout the years to varying success, with many viewers believing the 1997 version to be supreme.

RELATED: 10 Seinen Anime To Get You Into The Genre

Focusing largely on the acclaimed Golden Age arc, Berserk (1997) presents a profoundly deep story about two mercenaries in a dark fantasy world and the slow destruction of their intense bond. Guts and Griffith are iconic in anime culture, serving as a significant influence for many character archetypes to come since.

4 Ping Pong Is A Unique Addition To Sports Anime

Ping Pong is a sports manga written by Taiyo Matsumoto that was published in Big Comic Spirits from 1996 to 1997. While it took nearly two decades for the concluded manga to receive an anime adaptation, Ping Pong quickly launched into critical acclaim driven by the visionary director Masaaki Yuasa.

While many viewers find its unique art style off-putting, Yuasa brought an intense energy to the sport that made it appealing for those willing to give it a try. Ping Pong is overflowing with kinetic energy which makes it one of the most refreshing sports anime of the past decade.

Ghost in the Shell is a Japanese cyberpunk manga written by Masamune Shirow and published in Young Magazine Kaizokuban. The series would go on to receive multiple adaptations across film, television, and video games, establishing itself as one of the most recognizable anime franchises in the world.

Ghost in the Shell is a deeply complex and philosophical story, following a cybernetically enhanced agent known as Major Kusanagi as she struggles to find a killer known as The Puppet Master, all while coming to terms with her own humanity, or lack thereof.

2 Vinland Saga Is A Modern Classic In The Making

When Vinland Saga premiered in 2019, it didn’t take long before the series surged into icon status and became lauded as a modern classic. Written by Makoto Yukimura, the historical fantasy manga was originally published in the Monthly Afternoon seinen magazine.

Vinland Saga is a grimdark take on classic Viking mythology, following Thorfinn, a young boy who set out to avenge his father and take down the man who killed him. The anime has widely been considered one of the best to have premiered in 2019, with many fans eagerly awaiting a second season.

1 Kaiji: Ultimate Survivor Is All About Gambling And Debt

Before Netflix’s Squid Game became a cultural phenomenon, anime had long mastered the art of childlike death games. Kaiji: Ultimate Survivor is one of these anime, depicting a young man buried in massive amounts of debt and forced to compete in twisted versions of children’s playground games for the off chance of making enough money to survive.

Kaiji: Ultimate Survivor is a thrilling watch that has viewers constantly on the edge of their seats, frantically guessing at how the protagonist can strategize his way out of doomed scenarios.