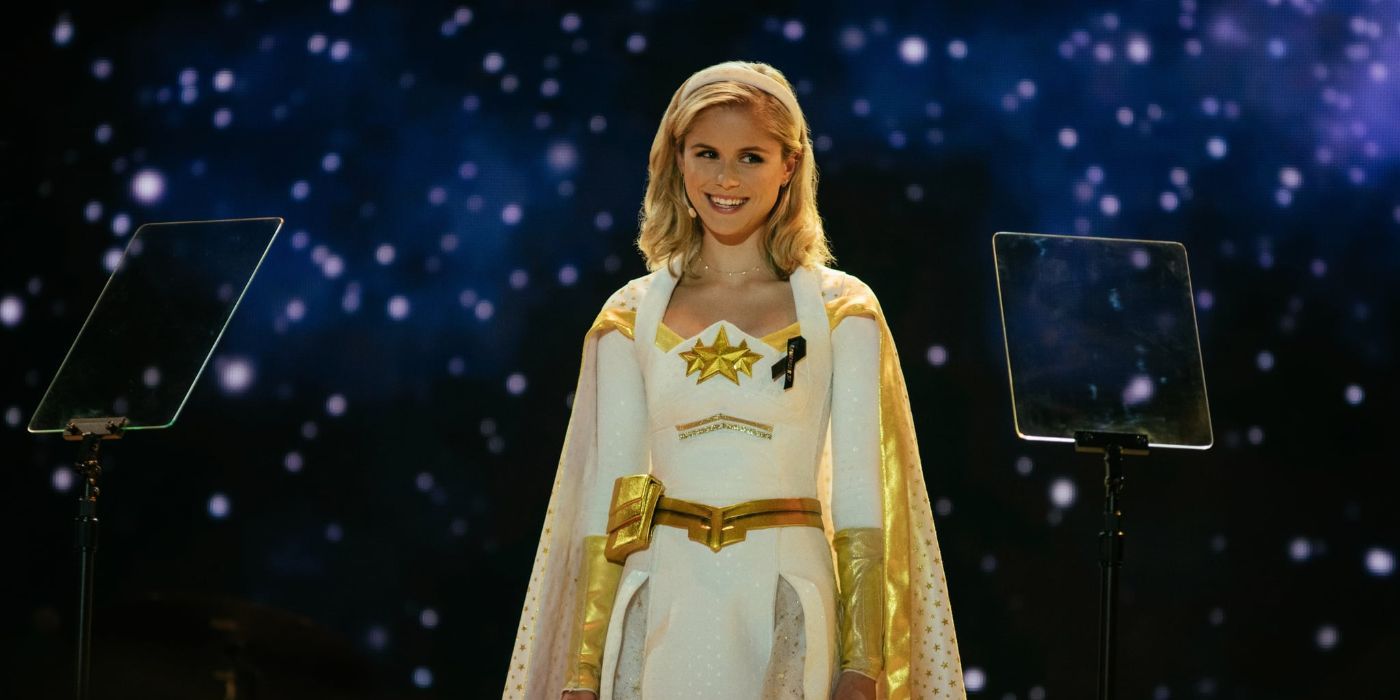 The Boys just launched the search for Vought International’s next big superhero via an in-universe reality TV show.

Titled “American Hero,” the fictional program was recently promoted by the equally fictional corporation’s official Twitter account. Billed as “the most dramatic reality series ever,” American Hero is headlined by Starlight and Homelander and sees contestants compete for the chance to join them as members of superhero group The Seven. The fake advert is part of Prime Video’s ongoing efforts to promote The Boys Season 3, and also takes a swipe at rival streaming platform Disney+.

Related: How The Boys’ Soldier Boy Differs From His Comic Book Counterpart

The marketing campaign for The Boys‘ third season has made a habit of blurring the line between the real world and the reality of the show. Another recent example of this is the trailer for Dawn of The Seven, a promo for a non-existent film modeled on actual blockbusters like 2021’s Zack Snyder’s Justice League and shared by the Vought International account. Zack Snyder himself even played along with the gag, sharing his support for made-up director Adam Bourke and his creative vision.

As outrageous as these promotional efforts may seem, showrunner Eric Kripke recently promised fans that The Boys Season 3 will be even crazier. “One tease I can say is, in the first 15 minutes of episode one we have not just the craziest sequence we have ever done, but the craziest sequence pretty much anybody has ever done,” he said. “It’s so jaw-droppingly insane. It’s so much fun. It’s the best job I have ever had, to think about this stuff. It’s always the frosting on the cake.”

The Boys showrunner described Homelander’s mental state as well, explaining how it sets up his inevitable superpowered showdown with Billy Butcher. “Homelander feels victimized and petulant and aggrieved, as if somehow the most powerful person on the planet is the biggest victim on the planet… he’s heading towards a breaking point,” Kripke said.

The Boys Seasons 1 and 2 are currently streaming on Prime Video. Season 3 arrives on June 3.

Leon is an Associate News Writer at CBR. He reports on the latest developments in film and TV, covering everything from popcorn cinema to prestige mini-series. His previous freelance writing credits include articles on film, TV, comics, and video games for Screen Rant, Polygon, The Things, Cultured Vultures, and Taste of Cinema. Originally from Australia, Leon is currently based in the UK.

Biden: U.S. Would Intervene With Military To Defend Taiwan